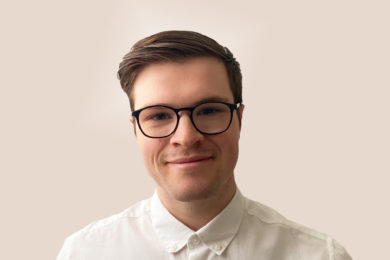 Born and bred in Devon, Kieran studied Design at Plymouth College of Art. Having completed his studies at college in 2017, Kieran began a Digital Marketing apprenticeship at a large Primary Care Network within the NHS. Throughout his time in the NHS, Kieran ran the group’s social media accounts, designed the digital communications for over 43,000 patients and was even recognised as one of the top five apprentices in Plymouth.

Kieran joins Hawksmoor with a wealth of design knowledge, having previously created Snapchat Geofilters which have gone on to amass over 20 million views.

When not working, you are most likely to find Kieran keeping fit in the gym, socialising with friends and family or walking his dog, Albie.