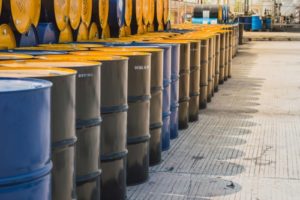 Last week I spent a little time sharing student memories with a friend and manager of a UK equity fund. We are probably twenty years’ apart, but apparently some anecdotes of times in Kingston-Upon-Hull are timeless. And unrepeatable. He was a student of Mathematics (with first class honours); I was a miserable social scientist and reader of Politics. Now politics is not an easy concept to describe, but one way of getting to the nub of this intangible challenge is to think of it as the relationship between state and society.

It is a relationship that is under what appears to be a serious challenge across much of Europe. Covid has always threatened to be a political issue; last week this threat became fact. These are profound issues and are not going to go away. In the short-term, state and police actions may well succeed in dampening the growing unrest in the Netherlands, Austria, and likely others to come. In the longer-term, however, very serious questions about the nature of government are being asked.

At the simplest level, the issue is whether the state is able to discriminate openly between the have-vaccinations and the don’t-have-vaccinations. It is an uncomfortable debate. It extends to personal freedom, and the extent to which it is acceptable that individuals have the right to choose actions (or inactions, in the case of the vaccines) that may be to the detriment of the wider society. Should individuals have the right to infect others in the name of personal freedom?

It is very easy to say that there are strong arguments on both sides. The level of unrest is clearly exaggerated by the usual anarchic organisations that join any bandwagon in the name of a good riot, but we should not use this as an excuse to overlook that covid is causing societal rift. The financial markets see this, as they see a European Central Bank justified in its resistance to following others in tightening monetary policy, as Europe starts to re-impose lockdowns. The euro has become the least loved currency in town. With negative interest rates, rising inflation, lockdowns and riots, it is not difficult to see why ‘traders’ would want to borrow euros in order to buy something else, usually US dollars.

Strains in the currency markets are rising. The US dollar is at its highest since the summer of 2020. A single euro now buys a mere $1.13, some 10 cents less than at the start of the year. The pound is stuck in the middle. A single sterling currently buys only slightly more than US$1.34. In contrast, it is worth €. 1.19, almost 10 cents more than in early January.

It may not be showing at the pumps, but the price of oil has started to fall again, at long last. The reason for the welcome drop is allegedly the spanking new entente cordiale between Presidents Biden and Xi. The relationship between the heads of Earth’s two largest economies has taken an astonishingly abrupt turn for the better. Both Washington and Beijing are apparently proclaiming vive la difference, in acknowledgement that in order to be able to work together, both have to put up with the other things that annoy the heck out of them.

I will hazard a guess at what might be at stake here. On the one hand, China is both serious about decarbonization, and its need to have international capital pay for much of its transition. It is also serious about the upcoming Winter Olympics, despite what may or may not be happening with regard to Peng Shuai. On the American side of the fence, maybe it is possible that President Biden is prepared to put in place genuinely long-term planning, on the basis that he will not be standing for re-election in 2024. Or it may just be that both presidents saw the need to get the oil price down in a rare instance of immediate mutual benefit. Either way, a falling oil price is good to see.

It is less than a fortnight until my booster and I cannot wait (but I guess I will have to). Contrary to what some may suggest, this is not to re-live the nights on the Humber, but because I wish neither to catch covid, nor to infect anybody else.

Finally, well done to the few who knew Cliff Morgan’s wonderful “What a score!” commentary. Today, a delve into the infrequently used depths of Family Fortunes answers. There are so many: but to what question was ‘Vinnie Jones’ famously given as an answer?

HA804/321
All charts and data sourced from FactSet