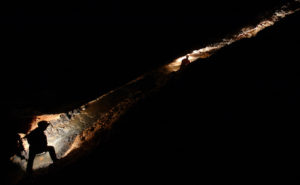 Another week has passed and news from Russia and Ukraine continues to ebb and flow. All solutions are broadly still on the table. That is a euphemism for saying that we don’t know what is going to happen next. Geopolitical events are challenging to forecast, those that tell you they know for certain what will unfold are likely telling porky pies. The implications for financial markets are, however, worth paying attention to. Whilst market sentiment will remain sensitive to headlines, we see a number of trends emerging.

Zooming out from the events that are unfolding in Eastern Europe, it is hard to argue against human rights being the number one issue at play. Whilst most of us sit and analyse the to-and-fro of headlines from afar, there are soldiers fighting for their lives to defend their country. This raises an interesting debate around defence and ESG. Traditionally, the defence sector has received a virtual blanket ban from sustainable funds, with negative screens viewing weapons as ‘bad’. There is an argument that this is perhaps outdated. If political stability is the end goal, does the defence sector play a positive or negative role in achieving that?

The argument can be broken down into several discussion points. The first is idealism versus reality. In an idealistic world, the need for militaries would be non-existent and everyone would get along in harmony. Putin’s invasion of Ukraine is a stark contradiction of that. His egocentric political agenda demonstrates the need for an ability to defend oneself. With that in mind, ESG investors must now chew the fat on whether defence operations are a net positive to the rule of law. It is a challenging question, akin to that of whether we should burn more fossil fuels across Europe to reduce reliance on Russian oil and gas.

The answer is not black and white. It feels as if there should be some consideration of end markets. The defence industry is heavily regulated and there are strict export rules in place. The EU has had stringent rules on military transactions with Russia since 2014. The first receiver of weapons is therefore deemed ‘responsible’. However, scrutiny from governments around who makes the green list will need to remain robust. The defence sector is also wider than weapons and bombs. Where do companies that provide protective equipment fit into the equation? Let us not forget about cybersecurity in this modern world. Germany’s decision to reverse its stance and commit more than two percent of GDP to defence spend is important. Others will undoubtedly follow suit, creating a new cycle in defence spend.

Let us park the ESG debate for now and talk inflation. Shortages of key inputs from Russia are pushing energy and commodity prices higher. A simple trip to your local petrol station will show first-hand the impact of a higher oil price (and perhaps leave you a little astonished). I will refrain from attempting to answer the longevity question this presents. With no signs of a solution, or hints to what a solution may look like, inflation protection within portfolios is of upmost importance.

Central bankers have a very difficult job on their hands. The market has priced in several rate hikes and pressure is mounting to turn to a tightening cycle with inflation running out of hand. But with an ongoing war and fears of slowing down the economy, it feels as if they are trapped between a rock and a hard place. National debt is at all time highs and interest payments are affordable with rates near zero. Add on top the markets’ reliance on emergency pandemic-related support. How quickly, if at all, can central banks take away the markets’ life support and control spiralling inflation? Last week, the ECB left rates unchanged, but took a more hawkish stance on asset purchases. This week the BoE and Fed meet, both are expected to hike.

The West’s response is centred around sanctions. The implications of which are widespread. This week saw Russian oligarch, Roman Abramovich, have his UK assets frozen. Sporting fans will know the implications of that for Chelsea Football Club. The potential sale of the group has been put on pause, and the club is banned from any further transactions. Whilst this is one local example, there is a tightrope to be tread here.

Over the past few decades, we have seen a material move towards globalisation. Supply chains have become interconnected across the world. If geopolitical tensions boil over, we could see a situation where Russia decides to turn off the taps. That leaves much of the West in a predicament. It is reliant on Russian energy, but also many other commodities such as wheat. A move towards self sufficient supply chains is not beyond the realms of possibility.

Markets will continue to be volatile in the near term. Whilst there is hope around Russia and Ukraine talks, the former has continued to step up its military offense. Its efforts have crept closer to Poland, striking a military base near the border. Putin is not far from treading on the West’s toes. The response from central banks this week will be important for markets.

Well done to those that recognised the lyrics to Edwin Starr’s topical hit War (What is it good for). Absolutely nothing! This week, with news that Roman Abramovich’s tenure at Chelsea FC is coming to an end, how many trophies have the club won under his ownership?

FPC155
All charts and data sourced from FactSet