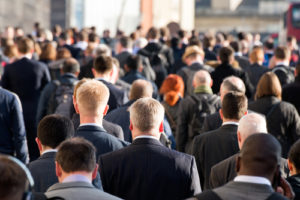 Office life has always bemused me. I have never fully understood why otherwise apparently normal, sane and sensible people adopt not only different personae the moment they pass the reception desk, but also start to talk a completely new language. Lest I am accused of being a pot, a kettle, or even of throwing stones in my greenhouse, I am sure I am as culpable as everyone else.

Not that we have to pass reception any more. These days, passing the virtual front desk is the moment we log onto the electronic monster that is Microsoft Outlook. My thinking this morning is mostly self-flagellation, as I was going to write about ‘achieving buy-in’. And I had to stop myself. At the risk of offending many, who in their right mind talks of ‘achieving buy-in’ in the course of their normal lives? There is a virtual prize for anyone who can describe a single situation in which one would use this phrase of management-speak gobbledegook outside the office. “I thought we should have fish and chips, but I couldn’t achieve buy-in, and we had a pasty instead”. “There was unanimous buy-in to the idea that the grass needed cutting”.

But buy-in is causing a much bigger problem than my linguistic sensitivities. The government has become a victim of its own success. With a couple of exceptions (including our village drug dealer), the nation has bought into the idea that COVID-19 is a thoroughly nasty piece of work and that we need to stay at home to save lives.

Now we are being told we need to get on with things, or else we shall all perish of poverty. The problem is that we bought into the original message. So yes, we want to go back to the shops. But not if there is anyone else there at the same time. Yes, we will go on trains, but only if we can have a carriage to ourselves. Hands up everyone who would willingly sit next to a stranger in economy class on an aeroplane?

We think that we know there will be a second wave. Not only is it common sense, but authorities continue to remind us that we should be very scared of it. You will probably have worked out where we are going with this conceit. No matter how hard we are pushed to return to some form of pre-COVID normality, actually most do not wish to do so. There is this growing dynamic, this contradiction, between the acute need for business to restart and our fear of what this actually entails.

This was wonderfully illustrated by the builders interviewed on the Beeb Business this morning. Yes, everyone wants to go back to earning a living. But how does one hang a door whilst maintaining social distancing? Fitting a door is a two person job. So it cannot be done under current rules, nor does anyone particularly wish to share their personal space.

The economic recovery from COVID is not going to be quick. It is going to be slow, probably painfully and frustratingly so. But also we do not quite know where it is that we want to go. To rebuild the global economy of 2019 is to make something that is deeply flawed, something fragile that can be brought to a juddering halt by a virus. That would not be a good thing to do.

It is always infinitely easier to spot problems than to solve them. The majority of global authority appears to have recognized that it would be better for everyone if we try to create something different. There are notable exceptions to this, as would be expected, but hands will be forced.

The new normal is not something that can be shaped by governments alone. We are moving into an era of much greater corporatism. It can be argued that 71 of the largest 100 ‘economies’ are companies, not countries. The attitude of these companies to their workforces has become, arguably, just as important as their governments.

Here we start to get into challenging but profoundly positive possibilities. The more companies recognize their workforces as an asset to be nurtured, rather than a resource to be exploited, the more robust and sustainable those businesses will be. COVID is exposing sharp differentials between those management teams that seem to be grasping this, and those wishing a return to the way we were. In claiming to be responsible long-term investors (believe it or not, there is such a thing as an irresponsible short-term investor), we have to understand these issues. They will be integral to how the world redevelops.

Last week few were interested that Sainsbury sells the most motor fuel in the UK. My apologies. Something much more fun this week: in deference to the Great British Menu, what, according to Penguin in March this year, is the best-ever children’s book in the UK? 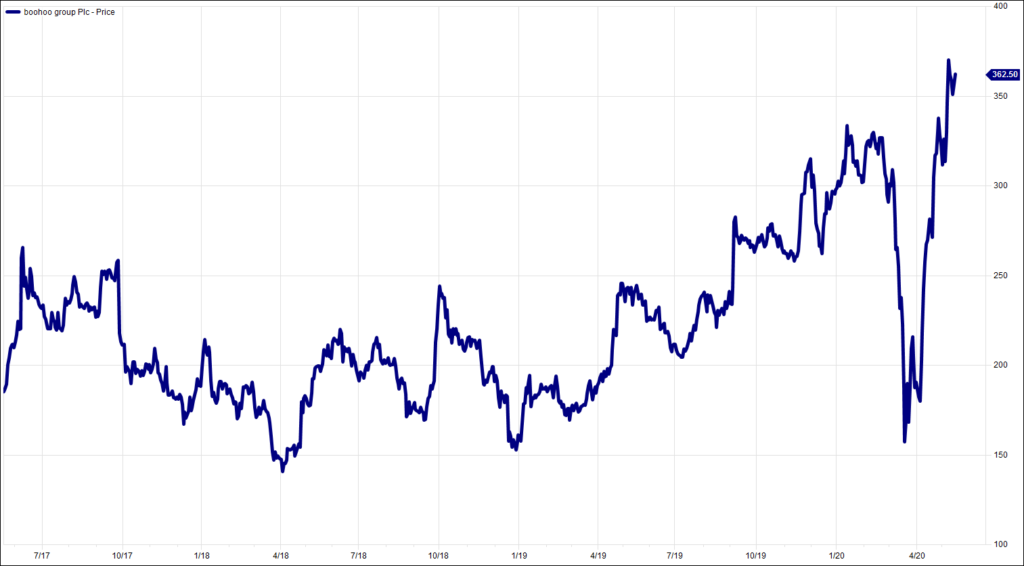 HA804/255
All charts and data sourced from FactSet