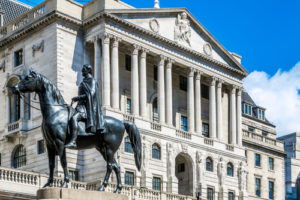 On the assumption that it is probably after luncheon by the time that you read this, a very good afternoon to everyone. It was a fine weekend for the gardens, although the winds last night have done for one of my potted agapanthuses. And it is not as if one can simply pop up to the garden centre these days to find another terracotta pot.

I am lucky to have a moderately large garden here on the edge of Bodmin Moor. Agapanthus traumas aside, it gives the opportunity to escape, to breathe, to forget the drudgery. It is those in flats in towns and cities that bear the real burden of lockdown.

Which leads to this morning’s opening point. The Wall Street Journal has published the most convincing guesstimates that I have yet seen about the American economy. It is arguing that what it calls ‘daily output’ in the United States has fallen by 29% relative to early March.

This feels a much more realistic assessment. Actually, being strictly honest, even this feels like an underestimation of what is happening here in the UK. Beyond sending everyone into fall-out shelters in anticipation of Russian missiles, it is hard to see a quicker cessation of almost all economic activity.

Financial markets are starting to understand this, but the full magnitude is genuinely quite difficult to take on board. If we come back to the Wall Street Journal again, it is arguing that American gross domestic product will fall by 30% in the current quarter, with the caveat that restrictions start to be lifted fairly soon. If these stay in place, the drop is predicted to be more like 75%.

That is a scenario that is best not discounted. Equity markets are expecting the economic damage of COVID-19 to be limited and relatively short-lived. They may be right. But it is important to understand what markets expect, in order to be able to guess what their reaction will be to the course of events. They, we, need the European infection numbers to peak and for the data in China not to show a new rise coinciding with their easing of restrictions. It is the DNA of data to be random and misleading. It is this data that is driving the daily market noise; the daily swings will be large and random.

Our second point today comes from a question asked by one of our longest standing (pronounced ‘suffering’) readers. The challenge is to explain where the money is coming from. So it is all good that the government is promising more or less unlimited funding, but how can they magic money out of thin air?

First, let me add that there is a very obvious difference between promises of funding and companies actually being able to get it. The latter, according to much anecdotal evidence, is quite a challenge and usually involves personal guarantees. That is not helpful.

But back to the magic money challenge. The simple answer is that the first step is for the government to issue an awful lot of gilts. That then begs the question of who it is that is going to buy these? To which the answer is the Bank of England.

In fairness, ‘the Bank of England’ is the answer to every question here. The Bank has been instructed to make interest-free funding available to all the high street banks. The process is easy: the Bank has the power to create money. All it has to do is to put a debit on its own account and a corresponding credit to the account that the high street bank has in Threadneedle Street (figuratively). And hey presto, money has been created from nothing.

This is all the easy bit. This ability to wave an elder wand and create money should set everyone thinking about how that money can have any value if its supply is potentially infinite. Indeed. It is a very good question that you ask. Time was when the Bank could not issue money beyond its gold reserves. Hence “I promise to pay the bearer” and all that.

Herein lies the reason why the pound dived after the funding measures were announced. But then what happens if every government says broadly the same thing? How do the markets value currencies if every major central bank promises an infinite supply? Answers on a postcard please; but while you wonder how to buy a stamp, it should not be hard to see the rationale for holding gold in portfolios.

A big well done to those who knew last week’s references to Henry VIII and Richard II. Today it is back to lyrical favourites: who drove the main road, searching in the sun for another overload?

Legal & General, past 3 years. Smashed, but still paying a dividend. 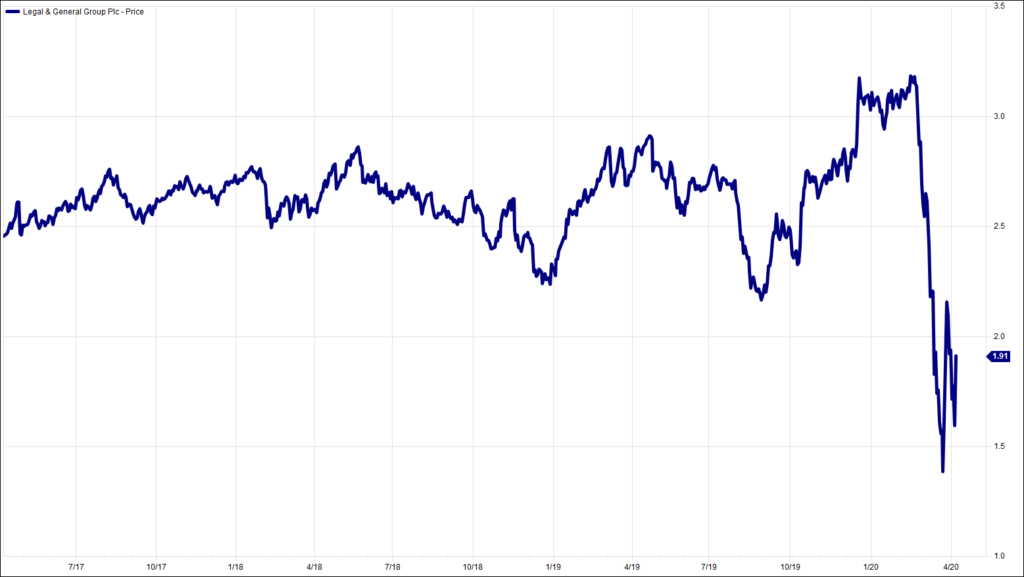 HA804/249
All charts and data sourced from FactSet