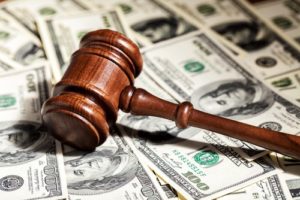 We are in that time of the year when listed companies tell us about how they fared in the second quarter. Readers will know the added importance of this at present, as investors seek evidence to help them resolve the dilemma between the allegedly miserable economic outlook and generally chirpy business environment. That much is given, and we do not expect the argument to be resolved. We will be going through the same process in three months’ time.

There are, however, some important snippets emerging already. On Friday, Fevertree disclosed that whilst demand for its ever-more exotic range of tonic waters “remains strong”, the costs of manufacturing and distributing the weird-flavoured bubbles we now put in our vast array of artisan gins “have significantly worsened in recent months”.

That is probably not a great surprise. Nor should it be that we have apparently taken to the tried and trusted ruse of pranging our jalopies in order to bump up the cash coming in. Both Sabre and Direct Line have reported a large rise in motor claims, which fits precisely with experiences of other times of hardship. The corollary of this is that we are set for a large increase in the cost of insuring our cars, vans and juggernauts. As ever, this will be at the time we are least able to afford it. It is going to be a good time for the claims lawyers and beware of the car in front braking sharply.

It is easy and unfair to pick out the companies that are finding trade hard at the moment. It would only be fair to point out that this time last week MJ Gleeson, possibly one of the lesser-known of the quoted housebuilders, reported that the market for new homes in the UK is still as good as ever. Yes, it costs more to build, but they are more than matching that with price increases. That is matched by Rightmove’s announcement that June saw the sixth consecutive record average house price. The trouble, as we all know, is that we have a structural shortage of houses; and an especially large structural shortage of those who can actually afford them.

Doubtless you will have seen that the Bank of England, in its wisdom, has very recently dropped its requirement that mortgage lenders need to test whether or not borrowers can actually afford to repay their loans. It argues that there are other measures in place to stop reckless lending. Which feels a little like taking the cage away from the tigers’ enclosure on the basis that they’re probably not hungry.

Since I have started on the Bank of England, please allow me a further rant. Last week, under commendable pressure from a demob happy parliament, Mr Bailey offered the quite extraordinary reflection on inflation: “I’m afraid that I don’t subscribe to the view that QE is responsible.” Whilst one naturally looks for the sunny side of the street, I fear that placing trust in Mr Bailey to navigate the UK’s way out of its current challenges is, may I say, optimistic. It is of course very easy to throw stones, but one might be tempted to argue that a new prime minister, with a different economic perspective to Mr Bailey, might feel that a change at the top of Threadneedle Street is just what the doctor ordered. It would fulfil the double whammy of casting blame and showing decisiveness.

The US inflation rate has reached 9.1%, which is a full half point up on May’s level. The markets took a quick step back, but were actually fairly sanguine. Like Russian missiles, inflation is possibly losing its capacity to shock. Markets are more concerned by growth, or the likely lack of it. Eyes have already turned to next week’s meeting of the Federal Open Markets Committee and its next decision over American interest rates. The cost of borrowing is going up, and by a lot. The question is whether that ‘lot’ is a full percent or perhaps ‘only’ three quarters of a percent. Markets are bumping along from one data point to the next, grasping for the hope that the Fed will somehow engineer a soft landing. As we have argued, that is quite feasible. The risk is that it succumbs to its own misunderstanding of inflation and the need to be seen to be hanging tough. We do not expect the bumpiness to stop anytime yet.

Finally, a big well done to everyone who knew all about El Condor Pasa. Today, sticking with S&G: belying current air travel, to which ditty is the opening line, “Tom, get your plane right on time”?

FPC439
All charts and data sourced from FactSet