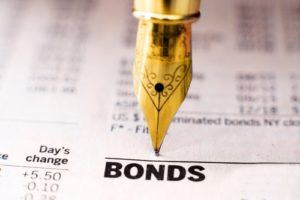 It is in the rules of stock market commentators that every two or three years one has to write about a ‘bond market rout’. In terms of media coverage the rout of the bond market is right up there with barbecue summers and white Christmases. The stories are on the shelf, they get dusted off and wheeled out when there is nothing else to fill the column inches.

It is also in the rules that bond markets have a ‘rout’. It is a noun exclusively reserved for bonds. Equities, in contrast, always suffer a ‘collapse’ that results in ‘billions being wiped off share prices’. So let us deal with what has actually been happening. The starting point is vaccines. As we all know, the developed world is sticking needles into elderly arms at breakneck speed. Without covering too much worn ground, equity markets are questioning the ‘when’ not the ‘if’ economies and monetary policy returns to ‘normal’. The same is true of bonds, it is just that these are not so interesting for anyone to write about, so everyone talks about Tesla instead.

Now let us jump into our investment Tardis and travel back a year. Lockdowns were looming, bond yields were collapsing (to borrow a phrase from equities). The end was nigh, woe was us and central banks were promising to buy bonds in quantities that did not fit onto the screen of a pocket calculator. The yield on the US 10 year Treasury fell from close to 2% to 0.5%. As I type, this yield is now within a bull’s roar of 1.4%.

This is wholly, entirely and completely logical. And yes, I do know I have said the same thing three times in one sentence. It is so important it needs this double repetition. The freedom from lockdown that the vaccines promise means that bond yields should return to where they were before the full crisis took hold. It is the neutral position, while everyone furrows their brows deciding whether inflation is going up or down. In truth, no one has a clue. If we were to give a range of where US inflation might be in 12 or 18 months’ time, it would be somewhere between 0% and 5%. As forecasts go, this is probably more useless than most, but it is intended to convey that anyone’s confidence in how inflation will develop should be very low. If in doubt, sit on the fence.

Here we need to come to the physics of fence, or wall, sitting. The idea is that Humpty Dumpty has an equal chance of toppling on either side. Or he may stay comfortably nestled on his gluteus maxima. There is though an assumption that the mounting of the fence, or wall, from one side implies a continuation to the other. So the logic is apparently that the rise in bond yields to normal or neutral will be followed by another rise; further, it means inflation is coming, interest rates are going to be raised and everything is, yet again, on the cusp of going backside over chest.

It is another truism of the investment world that it is far too easy to spend so much time worrying about what might go wrong that one forgets about the good things. Inflation may indeed rise, but it will be, in all likelihood, a spike rather than secular change to rising prices. Our Asset Allocation Committee held its usual quarterly meeting last week and as you would expect, we discussed bond yields and inflation. It revealed a stark generational divide. To remember inflation, one needs to be of a certain age. Those sporting greying streaks around the temples, or a Bobby Charlton comb over, can remember, like Great Uncle Bulgaria or an elephant, a time when prices rose every year, or month. For everyone else, inflation is as real as the Loch Ness Monster or Big Foot. It is in history books, or grainy photographs, but inflation has never been a feature of many, many people’s working lives. The experience of the past 40 years, give or take, is that prices of goods, on average, tend not to change very much.

It is not difficult to write about all this. At the other end of the spectrum, Rishi Sunak has an impossible task. Should his Budget on Wednesday keep handing out cash, or should he start to rake it back in? He is flying just as blind as the rest of us in trying to find a balance here. He will get some things spot on, on others he is bound to be terribly wrong. It is important that he does not worry about the latter and that he is decisive. Above all, business needs to know where it stands.

Finally, well done to everyone who knew last week’s references to Bod. Today: Family Affairs, Countdown, Play School – what is the link?

HA804/292
All charts and data sourced from FactSet