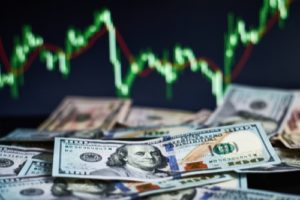 It has been a rum week. One that has left few any wiser, but probably feeling more than seven days older. I regularly bemoan the expectation that those of us involved in the investment profession should be glued to our screens all day every day, ready with an instant reaction to whatever might be flashed in front of us. It would almost certainly be to everyone’s benefit were one allowed to look at ‘the market’ once a week. It is never going to happen, it is the wishful whimsy of someone with rapidly greying hair, short-sightedness and a creaky back. Someone who remembers Spike as the dog in Tom and Jerry, or as an ex-Goon. Nonetheless, ‘spike’ is the word of the week, and maybe the month. And this is all about inflation.

Last Wednesday’s American inflation data sent markets into a tizz. Many have long been suspicious of inflation, a dragon that few of us have actually experienced. Honestly. April’s US core inflation rate of 3.0% is the highest since the early 1990s. No one who started in this industry in the past 30 years has worked with inflation at this level. That broadly means that what we are seeing at the moment is new to anyone under the age of 50. More than that, inflation has been falling, or mostly non-existent, since 1980. It is as if a defrosted woolly mammoth has come trumpeting back to life.

Anyway, now that we know precious few actually know what inflation means in practice, the issue is whether our rejuvenated mammoth is here to stay. Central Bankers regrettably tend not to converse in allegories of long-extinct beasts. Instead we have the insistence that what we are seeing is a ‘spike’. In this case, said sharp, pointy thing is to be welcomed. It is far preferable to a cycle. In terms of pain, it is the difference between being given a quick jolt from a cattle prod and being strapped into Old Sparky.

Everyone knows that prices are rising. We are all familiar with shortages of stocks, from microchips to building timbers. The price of petrol has gone up and the dry and cold (now wet and cold) spring is not helping food production. House prices are through the roof and the pubs cannot hire enough people to serve the cloudy beer as so many laid off from the leisure industry have already found other jobs. Yes, that is a UK and especially South West perspective, but the gist of it holds true internationally. It all adds up to much higher inflation than we have seen for a long, long time.

The argument that this is a one-off holds water. The hope of the Banks is that what we are seeing is a one-off spike in prices, brought about by the conflagration of factors in the previous paragraph. This will naturally self-correct, primarily as factories are able to increase production and the post-pandemic surge in demand for everything returns to normal. Additionally, it is important to remember that inflation is a weird calculation. It is a measure of rate of change: this time next year, prices will need to be rising just as fast, or else that will register as a fall in inflation. So just as inflation rates for the next six months will be boosted by last year’s lockdown-related falls, so in a year’s time the inflation rate will be depressed by the current increases.

Or at least, that seems to be the view the markets are taking. Having been apparently scared witless by the threat of rising prices, the confirmation of this rather surprisingly saw a rapid outbreak of sanity. Bond yields initially rose, but fell back. Equities turned a brighter shade of vermillion, only to recover again on Friday. Investors believe in the power of the spike.

They need to. The alternative is potentially unpleasant. Higher inflation will beget higher bond yields. That is not necessarily a problem per se, were it not for the fact that governments, and many companies, are awash in the Sea of Debt and dependent upon the ultra low cost of financing this. The moment that this cost becomes anything more burdensome, we are all in trouble. The good news is that an inflation cycle ought to remain a beast of the past. To be sustained, it would need the expectation of annual large pay rises. It is not going to happen. I know that I frequently bemoan the era of technology, but it has brought an expectation that the prices of so many goods will fall over time: our electronic lives naturally become more efficient and cheaper.

The latest update to the rate of UK inflation is released on Wednesday morning this week. Normally this would generate as much interest as a party election broadcast. This week, however, it is going to be more like the last episode of Line of Duty.

Finally, well done to everyone who knew last week’s clues to the wonderful Roger Lloyd-Pack. Today, we are back to lyrics: “Just yesterday morning, they let me know you were gone”? An easy one for those who know it.

HA804/300
All charts and data sourced from FactSet