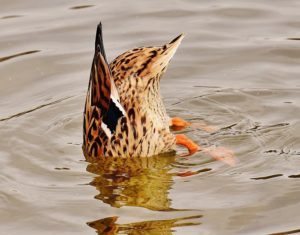 Clever people have argued about human nature since we first slithered out of the primordial soup. Did we wish to exist in harmony with our fellow amoebas, or were our instincts of murderous survival? As they say, there are arguments on both sides.

It is probably true to say that most wish to be happy. Which is unfortunate, as we appear to be genetically modified to be miserable. Current accepted wisdom is that we react more than twice as strongly to bad news as to good. It is the instinct that underlies ‘bad news sells’. It would just be easiest all round if we could all enjoy being unhappy.

Bear with me, this is not an entirely random series of musings. We are sensing a palpable misery fatigue. No one wants to know about you-know-what and you-know-who. We all want to move on. And financial markets are starting to do just this. Last year’s dreadful final quarter for equities is all but forgotten, Central Banks are cooing and confidence is creeping back.

I do have one quick aside that I need to get off my chest. I am of a certain generation and I remember the 1987 Intermediate-range Nuclear Forces treaty as being one of the most important events in the history of the world. The idea that the world’s two nuclear superpowers had agreed not to blow up the world was curiously comforting. I am open to persuasion that America’s withdrawal from this is for the best. This is not to apportion blame, as you-know-who must believe that Vlad is being terribly naughty. But hey-ho, this is a day to look on the bright side and maybe another nuclear arms race will be for the best.

What should we make of the current state of the American economy, leaving aside nuclear Armageddon for the time being? Last week the Federal Reserve said that it is not quite as keen to have higher interest rates than it was at the end of the last year. Jolly good, we all think. Then on Friday the monthly non-farm payrolls showed the economy creating almost twice as many jobs as expected. Oh dear, we all thought, that will mean inflation.

But then how should one explain a rise in the unemployment rate and a small fall in the annual change of average hourly earnings? Or, for that matter, the underreported downwards revision of 70,000 jobs to the estimates of the payrolls in the previous two months? It is a very tangled web. Unsurprisingly there is a wide range of opinions about what is going to come next. Actually, it is probably as wide as I have ever seen: on the one hand we have looming recession, on the other there is booming inflation. One can really only admire the Fed’s honesty in saying that they are darned if they know what to do.

One of the slides that we are using in our current round of Roadshows shows the correlation of US wage growth and inflation. It has lots of dots on it and a best fit line showing that in general, high wages and high inflation go hand-in-hand. It is not an attempt to argue which has a leg at each corner and which has wheels, just a picture that shows that the two go together.

The point of the chart, though, is to focus in on what has been seen in the past when American inflation is around its 2% target. The data since 1960 shows that, in round numbers, target inflation has been associated with wage growth varying between +6% and -1%. This is another decent range, but with an important message not to get hung up on little fluctuations in the monthly wage numbers. Both they and the payrolls are classic noise.

At our London Roadshow last Friday, I was asked how low I thought the pound could go. The answer is pure guesswork, of course, but my working assumption is that we could have a short, sharp dive to below $1.10. What matters much more is that it is becoming clear that at least some overseas investors are seeing UK assets and the pound as just simply cheap. Once we have got past you-know-what (which is probably on the 12th of Never), money is going to come into the UK.

Assets are cheap, yields are high and there is a currency kicker. At some stage (your guess when is at least as good as mine) buying the UK is going to be the trade of 2019. Close your eyes, hold your nose, think of the Queen and nibble away on some cheap stocks.

Congratulations to those who got from Land’s End to John o’ Groats last week. Today, what links the NatWest branch in Chard to the primary tourist attraction of Tower Hamlets?

Royal Dutch Shell B shares, past 3 years. Hanging in there. 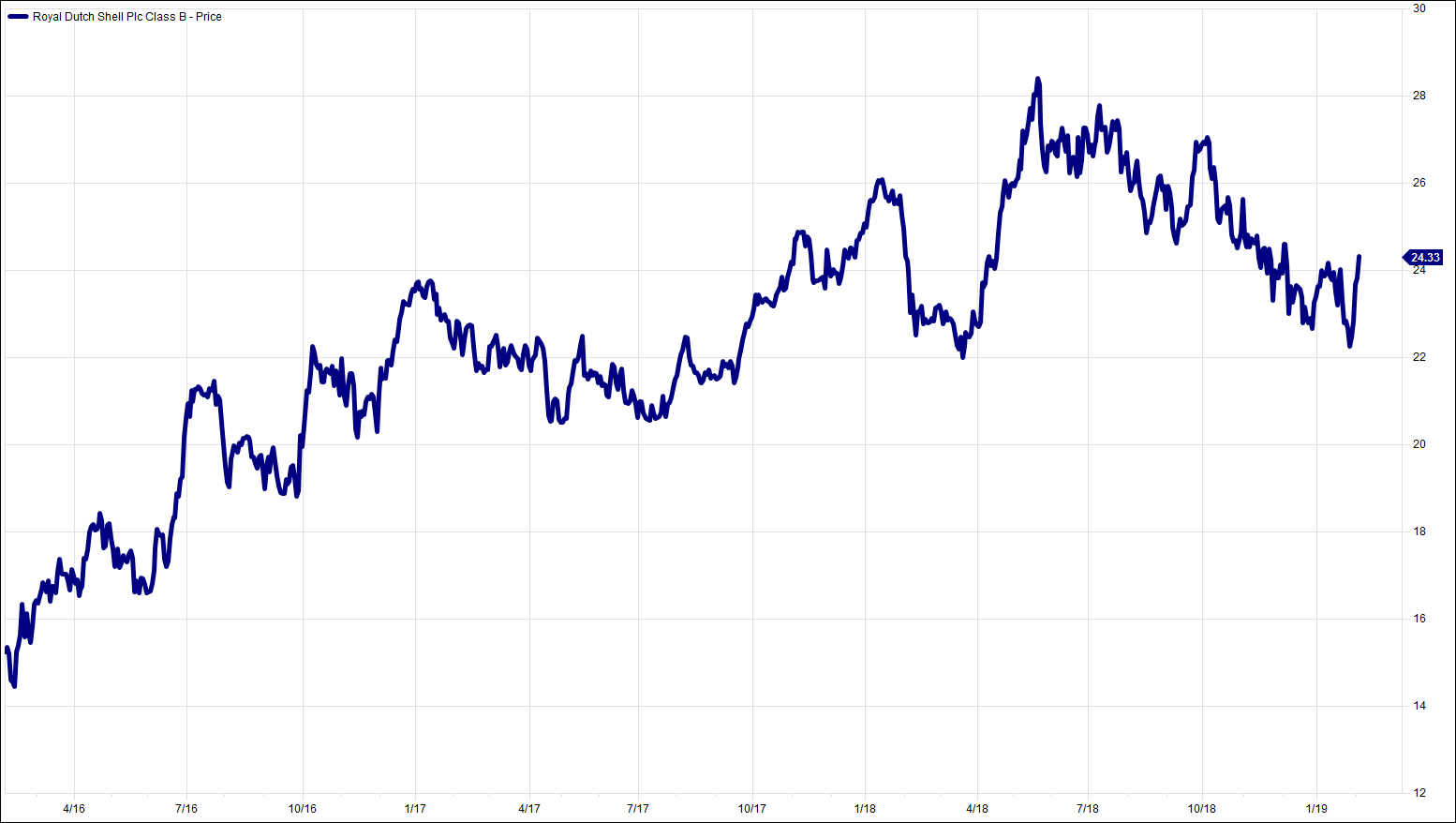 HA804/203
All charts and data sourced from FactSet