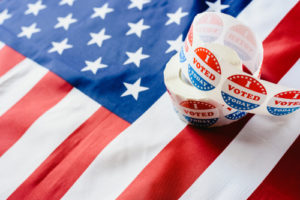 It is almost a week since the US elections and we have a bit of breathing room to take stock. Give or take something very odd happening in the American courts, Joe Biden will be the next president. The Democrats keep control of the House of Representatives, leaving only the Senate stopping them having a clean sweep. The trouble is, it may not. And that is a potential problem.

Donald Trump leaves a complex legacy. For the moment, I will ignore the headline grabbers and the possibility of his return in four years’ time. It is important to remember instead that prior to COVID, he looked a dead cert for another term. His tax cuts had done what he wanted, US corporates had repatriated their cash by the wagon-load and the economy, at least relative to most other major peers, was in pretty good shape.

A Biden presidency is potentially a threat to this. If Trump represents one extreme end of the spectrum – an extreme that was at least partially kept in check by the Democrat House – the other is embodied by Bernie Sanders. The Democrats have a left wing that is euphemistically described as ‘progressive’. We might simplify that to ‘tax and spend’. This is above and beyond Biden’s carbon transformation plans. Once the knee-jerk rises in equities around the world have quietened down, it is very likely that attention will switch away from the promise of a Democrat administration, to its threat.

Which is where we come back to the old sweet song that keeps Georgia on my mind. An unusual alignment of the stars has meant that both the State’s seats in the Senate were contested in this election. A quirk of local State rules also means that in the absence of anyone winning a majority, the top two candidates go to a run off. That is the case with both seats this time, with the deciding vote to be held on January 7th.

Both seats are currently Republican. If the Democrats win both, the Senate has a 50/50 split. For the pedants, strictly this would be 50 Republican, 48 Democrat and 2 Independent; both Indies though are Democrats in disguise. In the case of an even split, the vice president has a casting vote. We know from the past week how evenly divided Georgia was in the presidential vote and January 7th suddenly becomes mission critical. If the Democrats win both, they have control of the Senate and a clean sweep of government. In the eyes of some, that will open the gates to the progressive wing of the party that they hoped would be largely kept in its cage.

Biden will also need a vaccine. He is crystal clear that his approach to tackling COVID will be very different to what we have seen thus far in the US. Without the cavalry coming over the hill with phials of a vaccine, this has to mean tighter controls. Today’s breaking news though is that the cavalry may just be coming into sight, with bugles blaring. Pfizer, the American pharmaceutical company, has said that its vaccine is 90% effective, and apparently without adverse side effects. Markets have gone bananas.

Let us move on to the elephant in the UK: Brexit. Trump was a firm advocate, as we know. Biden is anything but, and seems very attached to his Irish roots. Our departure from the European Union would be eased, some suggest, by a quick trade deal with the United States. Biden’s camp has already made it quite apparent that if the terms of our departure compromise the Good Friday Agreement, then a deal is not going to happen. Given that it is nigh on impossible for us to leave without affecting the Good Friday Agreement, then we are back to square one with the US. We keep our beef, they keep their chickens.

There was much to be cheery about last week. The economic data, including the monthly Purchasing Managers’ Indices (PMIs) and the US non-farm payrolls, were quite encouraging. It seems an age ago already, but it was only on Thursday that the Bank of England announced it was enlarging Quantitative Easing by another £150bn (to £895bn), and the Chancellor confirmed that we would spend a good chunk of this on extending the furlough scheme until the end of March. As we argued last week, everyone is on a wing and a prayer until we have a vaccine. The Bank and the Chancellor have done the right things and we continue to muddle through without too much mishap thus far. Let us hope that the Danish mink don’t chuck another mutated spanner in the works.

Finally, well done to the Python diehards who knew that Ernest Scribbler wrote the world’s funniest joke. Today, sticking with the Georgia theme, and as the Masters tees off on Thursday: what is the age difference between the youngest and oldest winners of the green jacket?

HA804/278
All charts and data sourced from FactSet