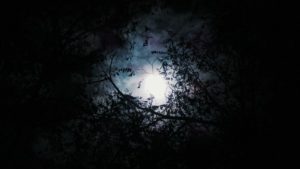 Sometimes it is best to get things over and done with as quickly as possible. We shall assume, unless something weird happens, that Boris is going to be prime minister.

So let us deal with that. A No Deal Brexit, possibly facilitated by the proroguing of parliament, has become likely. That is a significant change from being merely possible. Love it or loathe it, we all have to cope with it.

We will add very little by being just one more investment manager trying to quantify exactly what it all means. We can though agree with the market’s reaction of selling sterling. As I write, the pound will buy less than US$1.26 and only a fraction more than €1.12.

We had expected this to a degree. We have been steadily whittling down our allocation to UK equities and sterling assets since the late spring. Having believed these to be anomalously cheap at the turn of the year, we believed that the subsequent large rise in many domestic share prices was failing to reflect enough of the rapidly rising joint risks of Corbyn and No Deal. We derisked and ran away. It still feels the right thing to be doing.

We can come back to this later if either a) Boris loses or b) UK asset valuations fall far enough. Until then, we move on.

We move on to a part of the world that we rarely feature. Argentina. This is being harsh on Paraguay and Uruguay, but they never handballed against us. So Argentina’s power cut it is. No one yet appears to be able to explain how it is that an entire country can lose power. Actually, the detail here does not really matter. The important bit is that it happened.

What this has done is to expose the fragility and vulnerability of a national grid. The larger it is, the greater the consequences. Who, in their right minds, would devise a system of power transmission that could allow an entire country to fail? But this is exactly what ‘national’ grids do.

It is wholly sensible that the future of power should be the reverse of what we have become used to. The UK (and almost everywhere else) operates on the basis of national power generation, backed up by local sourcing.

We are moving to the inverse of this. Base load power is becoming local and renewable. The mega, national generators will become the backups. This is absolutely the right thing to be doing. It means national power becomes cyber-attack-proof, bomb-proof and non-carbon.

Power is the greatest vulnerability of the modern world. Our reliance on and addiction to technology is wholly dependent on power. What happens when the phone batteries have died? When the freezers have thawed? When the petrol pumps don’t work? When the water is no longer clean and safe? A fragile, national grid is the modern world’s Achilles heel.

Step forward National Grid (plc). One of the Labour Party’s favourite targets for nationalization, of course. National Grid is acutely aware of how its role has to change. This is its future; it is not only what it is planning for, National Grid is at the forefront of making it happen. We have argued, we hope consistently, that businesses have to adapt or face the consequences. National Grid is an outstanding example. It is unfair that its staff and shareholders should have the threat of public ownership hanging over them.

To finish this morning, I look at two newspaper articles, one in the Wall Street Journal, the other from the Financial Times. The first reports on how American businesses are struggling to re-source Chinese products. The second is a nice reminder that today is the first day of the stock connect link between the London and Shanghai stock exchanges. As a bit of a simplification, this will allow London investors to buy in Shanghai and vice versa. It is a significant move.

The trade wars will blow over. The West and China need each other. Brexit and Boris will also blow over. We all move on. And this week we move on to the Federal Reserve, which may or may not cut US interest rates on Wednesday. The market thinks they will.

Congratulations to all those who knew Prince Philip’s famous comment to a Scottish driving instructor. Today, after another failure at Pebble Beach at the weekend, how many British golfers have actually won a major in the past decade?

US dollars per British pound. Fewer and fewer 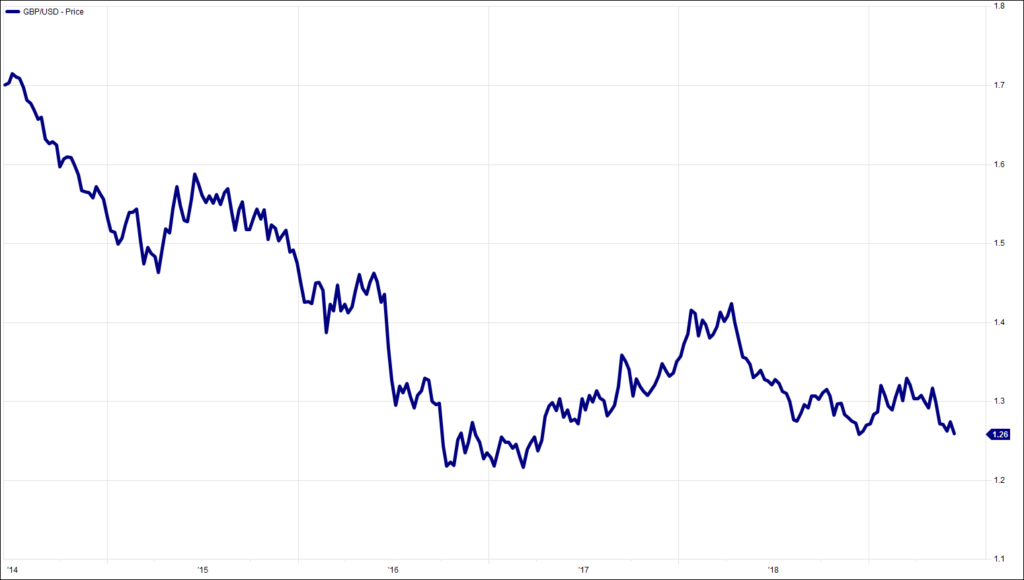 HA804/215
All charts and data sourced from FactSet