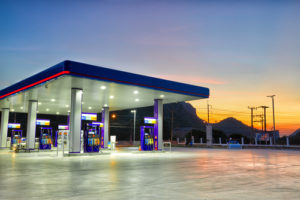 18th April 1930 is likely to mean little to most of our readers. I have cited it maybe a couple of times previously, but never as a main feature. Its place in history is that this was that day the BBC news at a quarter to nine in the evening ran as follows: “Good evening. Today is Good Friday. There is no news.”

And so it is with some pleasure that we can report there is no news. Our proud obsession with pedantry however would require me to qualify the statement with the admission that it is not strictly true; but, in terms of the development of COVID and financial markets, precious little has changed since we last wrote. Which is a good thing.

So this week, let us amuse ourselves with some of the other issues of the day. I start with the price of oil and petrol. Morrisons has made headlines this morning by announcing that it is selling petrol at under a pound a litre. We can only admire our fellow pedants, as 99.7p is indeed less than a pound.

We should rightly ask why it is that so soon after so many stories of oil being priced at less than zero, we still have to pay a pound a litre? The first issue is that of whose hand it really is in the till. Petrol stations would be more accurately branded if they had ‘HMRC’ on the outside, rather than BP, Texaco or indeed Morrisons. In round numbers, 75 pennies out of every pound in the price go to the government, via fuel duty and VAT. The really good wheeze for the government is that we pay VAT on the fuel duty. Nice work if you can get away with it.

The other important bit is that as far as most of the world is concerned, the oil price did not really go below zero. It was a technicality of the American market. So called West Texas Intermediate oil (WTI) is the generic name for the oil that is extracted from the fields across that part of the United States. It is quite close to the middle of nowhere and therefore needs to be moved somewhere else before it becomes useful. If it so happens that no one wants to use it (as might happen if a virus pandemic closed down most of the world’s economy), then that oil has to be stored somewhere. Should there then be no room at the inn for said oil, what is to be done? The answer, as we now know, is to pay someone to take the oil off your hands. Hey presto, WTI becomes a liability, not an asset.

There are other niggly details, mostly involving the vast quantities of the sticky stuff owned by speculative investors via Exchange Traded Funds, but that is broadly the picture of what happened in the States. Over here, and in much of the world, we rely on the price known as ‘Brent’, which is broadly what comes from beneath the North Sea. Brent has not had the same challenges of storage and speculation. Its price is currently around $30 per barrel, having been down to just below $20.

If we add all that together, the outcome is a fall in the price of UK petrol from around 120p per litre to the pound that we see today. Ordinarily, we would be saying hurray for that. Lower fuel costs should benefit a vast array of businesses, and consumers. But with the average UK household weekly mileage being four miles to Tesco and back, it matters precious little.

Nor are we looking at a big increase in the margins of the airlines, for example. It is difficult to have a margin when a business has no revenues. Just a quick tangent on the airlines: some have pointed out that there is a certain irony in the size of the bailout being sought by the America carriers more or less matching the amount that they have collectively spent buying back their own shares over the past decade.

And this leads me back to the theme of exploring how capitalism may change in the post COVID world. The one example of the American airlines shows that something is not working as it should. Or probably several things. Just as it was arguable that the banks should not have been ‘saved’ as a result of the Great Financial Crisis a little over a decade ago, so it could be seen that the right thing to do now is let the airlines fail. And then if demand for international travel rebuilds in the post-COVID world, so new airlines would emerge to serve that need. Will that happen? Not a hope, in US presidential election year. According to www.airlines.org, the US industry employs 750,000 people. ‘People’ of course is pronounced ‘voters’.

Well done to the crossworders who spotted last week’s anagrams. Today, who sells the most motor fuel (petrol and diesel) in the UK? 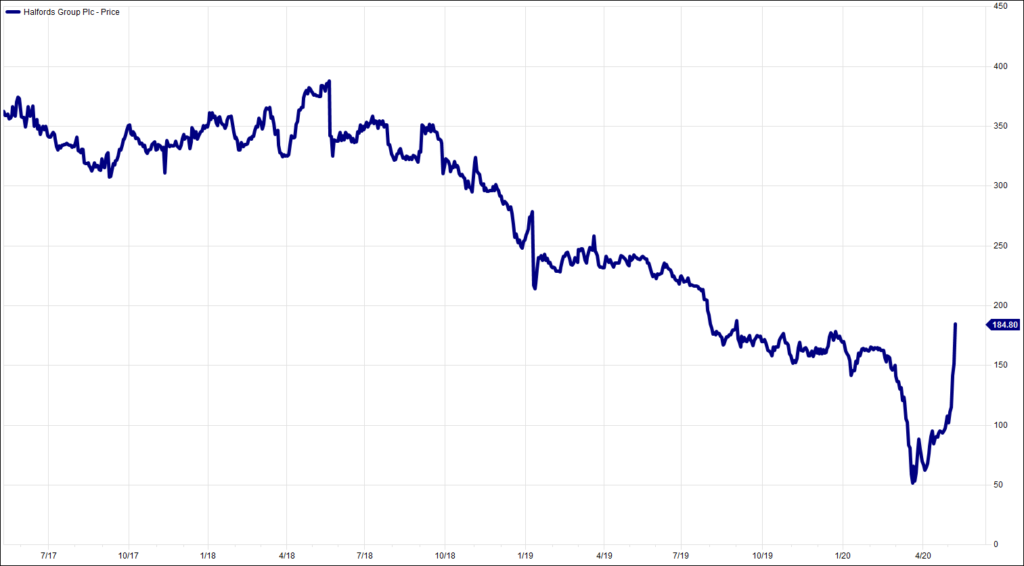 HA804/254
All charts and data sourced from FactSet