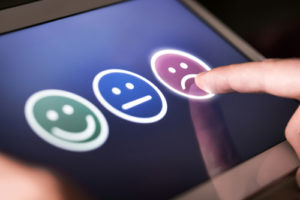 Lockdown has meant that I have been separated from my beloved Shorter Oxford English Dictionary. Its two volumes may pale when compared to the twenty of the full set, but their thoroughly thumbed pages have long been a source of solace.

Alas, the forty odd miles of the A30 that lie between me and the books prevent me from explaining precisely what should be conveyed by the word ‘perspective’. No matter, you will all understand what I mean by saying that the BBC’s ‘perspective’ needs a little adjustment after its decision last night to cancel the Bank Holiday screening of Paddington 2. Instead it felt that we needed even more irrelevant coverage of the saurian Mr Cummings.

Now I am sure that you did not wish to receive yet another indignant reaction to the comings and goings of this government’s most important adviser. We will take that bit as a given. What is much more important to this parochial investment column, is what implication, if any, this has for investment strategies and tactics.

It was already our view that the entire COVID episode has diminished further the UK’s standing in the global investment pecking order. The death toll in the UK has been appalling. Yes, there are tremendous difficulties in comparing the statistics from one country to another. However, as we stand this morning the UK has suffered just short of 37,000 fatalities. Germany, with a population of roughly 13 million more than us, has seen fewer than 8,500 deaths from the virus.

What this tells us is that the (arguably) poor management of the virus in the UK means that we (especially England) are that much more vulnerable to a second wave of infection. This point of view is only reinforced by Mr Cummings’ actions. No matter what one’s opinion is of the rights and wrongs, the fact is that he has given a green light for anyone who so chooses to do, more or less, exactly what they now wish to do. Lockdown has become a policy in name only.

We would not wish to say that the UK will have a second wave. But the management of COVID thus far, together with an inability of authority to be seen to abide by its own rules, makes an uptick in reinfection that much more likely.

What that actually means is that we have reduced our recommended weighting to UK equities, relative to overseas markets, to the lowest level that I can ever remember. In the meantime, equity markets around the world continue their erratic journeys upwards as lockdowns are gradually lifted. This may be a case of boundless optimism, or a phenomenon that we lazily abbreviate to ‘FOMO’, the fear of missing out. Most probably, it is a combination of both, stirred together with the wooden spoon of zero interest rates.

I am sure that most of our readers are familiar with the concept of ‘base rate’. These days it has the moniker ‘bank rate’. This is currently all of 0.1%. There is much speculation currently that this return of one tenth of one percent is dangerously high. A number of commentators are suggesting that bank rate should be cut to below zero, that the UK should have negative interest rates. Grist was given to the mill earlier last week by the government managing to sell several billion pounds of gilts with a maturity of three years at an interest rate of minus 0.003%.

I shall say that another way. Investors decided that that they will pay for the privilege of lending money to the UK’s government for the next three years. We might all think that is lunacy, and we would probably be right. But let us not be diverted along this tangent. The issue is whether or not UK bank rate is going to go below zero. Is the Bank of England so keen for us all to spend our hard-saved lolly that it wishes us to be penalized for having it on deposit in the bank?

Thankfully, that is not quite how it works. If that were the case, we would all simply hoard the plastic scores under our king size, memory foam, triple ply anti-allergy mattresses. In fact, no one can quite agree on exactly what it is that negative interest rates are supposed to achieve. Some even argue that in further reducing the already marginal profitability of the high street banks, negative rates would even be counter-productive. So would we rule out what is likely to be a self-defeating soundbite? I don’t think we need to answer that.

Winnie the Pooh was last week’s favourite children’s book. Today, in golfing parlance, what is a Dominic Cummings?

TUI, past 3 years. We’re not all going on a summer holiday. 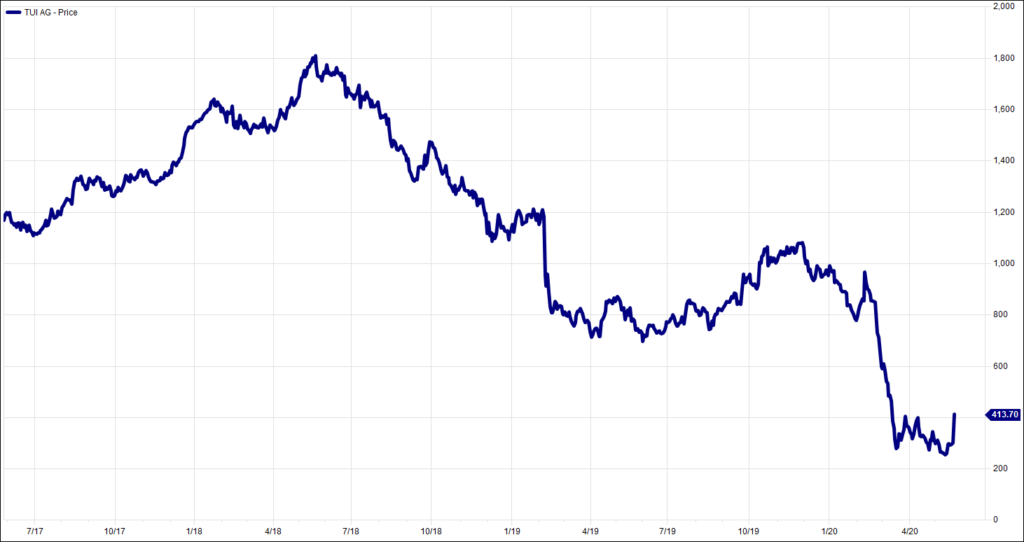 HA804/256
All charts and data sourced from FactSet