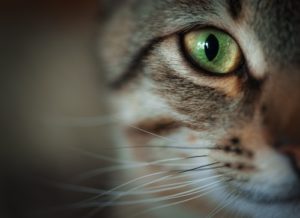 Those with long memories may recall that it was only this time last week that we were musing on how markets might react to 6% inflation next year. The part of this that remains to be resolved is ‘next year’. It cannot have passed you by that the headline inflation rate in the United States has now reached 6.2%.

Inflation begets inflation. If we imagine, just for a moment, that we are all American and that we have savings in cash. A quick scan of the tinterweb would tell us that the best available interest rate for our hard-saved dollars is 0.6%. Which means that, as we currently sit or stand, the purchasing power of our savings is decreasing at the rate of 5.6% a year. It is quite a challenge to spin that positively.

What we have is a near perfect recipe for asset price inflation. The bizarre combination of record low interest rates with the highest inflation in 30 years must, surely, squeeze savers out of cash and into stocks, or any other means of protecting real value. It brings us back to the very basics of investment: which is the foregoing of spending now, in order to be able to do so later. Which is why the base level of all investment should be to provide a net return in excess of inflation (which we take to be a reasonable proxy for the cost of living).

One can simplify reactions to 6% inflation into two sets. The first, which is generally comprised of those of us with greying hair and wearing cardigans, is to remember everything bad about the 1970s. The second reaction is “what is inflation? I’ve heard of it, but I have never seen it.” Like a yeti, as it were. Or maybe a dodo, or a coelacanth.

Rising inflation has not been a serious factor in financial markets since the elections of Margaret Thatcher and Ronald Reagan. The former moved into Downing Street in May 1979. The top of the hit parade was occupied by Art Garfunkel’s historically awful piece of leporine drivel that lends this week’s column its title. It was a long time ago. And I argue that we can all be forgiven for overlooking one likely consequence: a river of money out of the banks and into the stock market.

Let us leave aside, just for the moment, what may happen if the Central Banks change policy. Instead, we should reflect on the lachrymose conclusion to the past fortnight’s Glaswegian COP. It speaks volumes that some are arguing that the most positive conclusion from Glasgow was that ‘coal’ received its first ever official mention. Well break out the bunting and the brass bands. What we saw at COP was confirmation that no one is genuinely prepared to sign up to anything that necessitates action. For many developing nations, non-hydrocarbon energy is largely unaffordable. The trouble is, the developed world is not prepared to foot the bill.

There were plenty of positives, which all come with the caveat of countries doing what they say they will. The track record on this – as well evidenced by the failure of the 2009 COP 15 commitment to provide $100bn of climate change finance – has room for improvement. Yes, Glasgow has been a step in the right direction, but it is a mere step when large strides are needed. The good news is that, as a huge generalization, companies, investors, banks and regulators are a country mile ahead of governments. Effective decarbonization is being driven forwards by the private sector, and we can only re-emphasize our long-standing view that this is the greatest investment opportunity, and threat, for decades to come.

There is also a tremendous success story for the United Kingdom here. The UK stock market, including the investment trust sector, is a hot bed for innovative companies and entrepreneurs to raise capital. Investors, seeing and understanding the opportunity, are queueing to provide said investment. Many of these trusts and companies are not large, and are thus inappropriate for a great number of larger investors. The support is coming from smaller, nimble, far-sighted investors, for whom this is a genuinely incredibly exciting time to be investing. Naturally, we believe that we are an intrinsic part of this cohort.

Finally, congratulations to everyone who knew that Sweden has an awful lot of islands. Today, please complete this little piece of sporting history with the three missing words from the commentary: “This is Gareth Edwards. A dramatic start….”

HA804/320
All charts and data sourced from FactSet