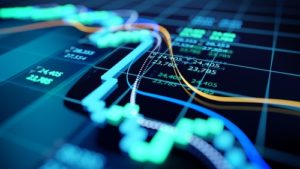 Our last report argued that the greatest virtue for investors in 2022 would be patience. We had not quite anticipated the prescience of the argument and January has developed into an uncomfortable ride for equity markets. It is probably a little glib to say that a tantrum has been long overdue, but it has. Investors have suddenly become scared, but it is hard to pin down exactly why. That is part of the nature of markets: issues that are ignored for long periods can quickly shed their sheepskin disguises and become wolfs.

Falls in global equities are being led by the United States. It is a truism that Wall Street leads much of global equity, but there is also a cliché that says if Wall Street sneezes, the rest of the world catches a cold. Or in this case, it may be Covid. At the moment, American equities are taking the brunt of the selling pressures, especially in the most speculative areas of the market. It is undeniable that there is a great deal of froth that needs blowing off, possibly to the extent that one might take one’s beer glass back to the bar to ask for a top up. History is unlikely to look kindly upon ‘meme stocks’, for example. If you are unfamiliar with this aberration of 2021, a so-called meme stock is one where the stock price is deemed to be driven by the balance of chatter on social media. It is a modern day incarnation of the greater fool theory (assets where one makes a profit by selling at a higher price to an even greater fool than oneself) and it will be thoroughly healthy if this speculation is now confined to the dustbin.

The greatest falls in share prices have been seen in the most speculative and loss-making stocks. These have become contagious and are dragging down, without any clear logic, the stock prices of even the most reliable, profitable and recession-resistant businesses. Microsoft’s stock price, for instance, has fallen 12% since the turn of the year, despite it being an obvious beneficiary of inflation and having, in our view, tremendously resilient earnings.

The high inflation rates in much of the western world are an obvious bogeyman. That, however, does not necessarily mean that inflation is guilty as charged. The latest updates to inflation show that the rate of increase of the Consumer Price Indices in the US, Europe and UK have reached 7.0%, 5.0% and 5.4% respectively. Markets now believe that the Central Banks will raise interest rates, possibly aggressively, over the of course the year. Despite this, the most recent falls in equities have been accompanied by falls in bond yields, with investors allegedly seeking ‘safe havens’. Bonds should logically be anything but ‘safe havens’ at present. This is a circle that resolutely refuses to be squared.

Clearly there are other factors at work. Ukraine is an obvious place to start looking. Markets are struggling to quantify the threat. It is quite some time since armed geopolitics was a significant factor in global markets. And markets, as we know, dislike risks that sit outside their daily spreadsheets. The economics of a Greater Russia probably matter only in so far as they affect the supply of oil and gas, primarily to Europe. It is unsettling to see neighbours parking their tanks on each other’s lawns, especially when Russia appears to have slightly more of them, but what markets need to know is not who sits in government in Kiev, but what it all means for the cost of energy.

The markets’ chalice is filled with the highest inflation for forty years, the promise of higher interest rates, a possible war in Eastern Europe and a waning threat from Covid. We should not be surprised that the mixture has triggered some indigestion, verging on reflux. It is also important to recognize that falls in equities are tending to become much sharper. Bear markets that previously might have been expected to persist for a much longer time have become compressed into short, sharp and temporarily quite painful falls.

We do not believe that the past fortnight represents a major turning point for markets. It is likely though that the mood will remain skittish for a while longer and share prices may well fall further in the short-term until sentiment settles down. In the meantime, the markets need to get past the conclusion to the current meeting of the Federal Open Markets Committee, which concludes on Wednesday evening. This would ordinarily be a routine issue, however every word, comma and apostrophe will be analysed for their potential clues in signalling what the Fed is planning. Whilst we might hope for another masterclass in telling the markets what they want to hear, when the markets are intent on finding landmines, they tend to succeed. For now, the horses are scared. They will settle down.

Finally, very well done to the few who knew The Modern Lovers’ wonderful Roadrunner. We move more mainstream today, with a line from a seasonal ditty: “Sick and tired, you’ve been hanging on me”. Who took this to their only number one?

FPC55
All charts and data sourced from FactSet