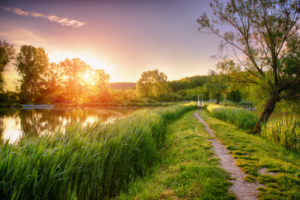 Daniel Lockyer is a Senior Fund Manager at Hawksmoor Fund Managers. He became Hawksmoor’s first Mental Health Champion last year, when he was motivated to raise awareness of mental health issues in the Financial Services industry, following a short episode of illness after contracting COVID. He is an enthusiastic advocate for change regarding attitudes to mental health in the financial services community, and is greatly admired by his Hawksmoor colleagues for his honest and open commitment to making a difference.

In trying to reconcile my personal struggles last year, I came to realise that part of the problem in being able to deal with mental health illness is the feeling that our personal issues are trivial compared to bigger things going on around us. How many times have we been told or thought “there is always someone worse off than you, what are you complaining about?”

Perhaps this chimes with fund managers who throughout their careers are conditioned to think in relative terms.  We are constantly judged relative to peers or benchmarks on a daily basis and often this relative out-performance or under-performance is viewed as an important, and often only, measure of strength or weakness.

In the same way that mental health is an absolute matter not a relative one, (i.e. it is ok to feel unwell even if there are others worse off than you as everyone has their own abilities and limits), with fund management it should also be ok to under-perform an irrelevant comparator if the fund and manager is doing a good job in absolute terms and is operating within the limits of the mandate.  Most fund managers care passionately about the experience of their investors more than their position in a league table, so there are times when pressure can mount from investors or employers, even if you are delivering the fund’s expectations.

Fund management is an amazing and fascinating industry that allows managers to constantly learn new things every day given the never ending quest for information and ideas that will give us an edge. It is also unusual in that decisions made today can only be assessed as being correct some time into the future, unlike a plumber, for example, whose success at fixing a leaking pipe is seen immediately.  Therefore like other ‘credence’ industries such as medicine or education, we rely on communication and trust until such time that success can be properly measured.

In the same way that everyone thinks they are better than the average driver, it is impossible for all funds and managers to be better than average.  Performance will underperform at times if a style or process goes out of favour, like it has for value managers in recent years.  Focusing on the investment objectives and likely investment journey is key and only a failure to deliver on those expectations should be a reason for genuine criticism.  Let’s all try to obsess less on short term performance numbers or the number of star ratings a fund has, since they are typically derived from past performance.

I am extremely proud to be working at Hawksmoor where there is a big emphasis on staff well-being, with a series of mental health initiatives designed to put staff at the top of the company’s priorities.  One crucial element of our investment process is the emphasis on the team approach, eschewing the ‘star manager’ culture that has proved to be the downfall of some funds and managers in the past.  Our funds are designed to fulfil the long term savings needs of our clients, so the funds should not be dependent on the career span of an individual.  We sincerely hope the funds will outlive the current managers and this is why we have a clear succession plan in place.  A well-resourced team with trusted colleagues also allows managers to have important breaks away from the desk, phones and screens, something that is crucial in this current environment where information flow can feel all-consuming.

Above all, I would encourage anyone in the financial services community who is feeling the strain at work, or when working from home, to be open about their concerns around their own mental health or the mental health of their colleagues. It is only through individuals speaking out that companies and colleagues are able to help, and right now we need to look after ourselves, and each other, better. 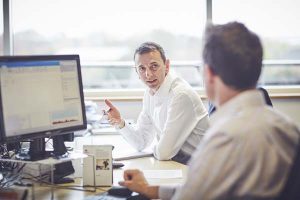 This financial promotion is issued by Hawksmoor Fund Managers which is a trading name of Hawksmoor Investment Management (“Hawksmoor”). Hawksmoor is authorised and regulated by the Financial Conduct Authority. Hawksmoor’s registered office is 2nd Floor Stratus House, Emperor Way, Exeter Business Park, Exeter, Devon EX1 3QS. Company Number: 6307442. This document does not constitute an offer or invitation to any person, nor should its content be interpreted as investment or tax advice for which you should consult your financial adviser and/or accountant. The information and opinions it contains have been compiled or arrived at from sources believed to be reliable at the time and are given in good faith, but no representation is made as to their accuracy, completeness or correctness. Any opinion expressed in this document, whether in general or both on the performance of individual securities and in a wider economic context, represents the views of Hawksmoor at the time of preparation and may be subject to change. Past performance is not a guide to future performance. The value of an investment and any income from it can fall as well as rise as a result of market and currency fluctuations. You may not get back the amount you originally invested. HA4317.