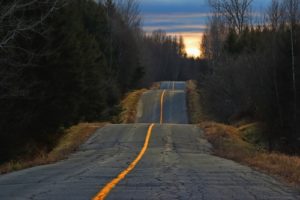 The world of sustainable investment has endured a difficult start to 2022. There are a number of contributing factors at play here, which I will expand on in this article. As a fund research analyst specialising in sustainable funds, it is not particularly comfortable to think that this year could be a tough one for this area of investment. However, I’m an optimist at heart.

Concerns over rising inflation (as widely discussed in previous editions of Innovation) have led to expectations of rising interest rates, which are indeed now coming through – last week the US Federal Reserve and the Bank of England both raised rates. Linked with this, a further concern has been how markets will react to the tapering of quantitative easing measures. ‘Quantitative tightening’ will, for instance, see the Bank of England refrain from reinvesting the proceeds of maturing government bonds, whilst gradually selling down its £20bn portfolio of Sterling-denominated corporate bonds (to be completed no earlier than towards the end of 2023). These factors have contributed to an equity market rotation away from ‘growth’ stocks in favour of ‘value’ stocks, the latter being perceived as relative beneficiaries of a rising interest rate environment. Rather than wading into the ‘growth versus value’ debate here, I like the highly regarded Liontrust Sustainable Future team’s take on the difference between these two investment styles:

Taking a step back, what are active investors trying to achieve? We are all, whether considered value or growth, trying to identify mispriced securities where the current market price does not reflect intrinsic value, the sum of all future cashflows discounted back to today’s value. The only real difference between investors is their time horizon: some (including us on the Sustainable Investment team) focus on the long-term growth potential of cashflows whereas others prefer to concentrate on near-term cashflows that are underappreciated. This is the critical point that is currently moving markets so violently – what rate do we use to discount those future cashflows?

This rotation to value has over the short term been a relative headwind for strategies which are more exposed to quality growth companies and less exposed to traditional value sectors such as Energy and Financials. To generalise, sustainable equity funds typically do not invest in major Oil & Gas producers (given concerns over the environmental effects of burning fossil fuels) and are underweight (relative to benchmark indices) Financials (incorporating concerns over Banks’ financing of fossil fuel extraction and exposure to sovereign debt). It is therefore a relative headwind when these sectors perform strongly, as Energy has done year-to-date whilst Financials have been very volatile. However, to curtail the generalisation, these sector stances are not the case for all sustainable equity funds, a number of which operate with highly valuation-conscious strategies, which is a valiant and differentiating attribute within the peer group.

More broadly, are ESG (environmental, social and governance) concerns simply going out the window at the current time? Are investors losing interest when there are more pressing concerns elsewhere? This very much links with the war in Ukraine and in particular the West’s reliance on Russian energy. Prime Minister Boris Johnson’s very recent visit to Saudi Arabia was an attempt to secure increased energy supplies from the Middle Eastern kingdom (whose name is the rough equivalent of the UK being called ‘Windsorland’, as fans of Prisoners of Geography will recall). This is at odds with the premise and promises of COP26, the climate change conference which the UK hosted only four months ago. Going cap in hand to one of the world’s largest oil producers doesn’t help either the image or the reality of meeting the UK’s 2050 net zero target.

However, an elevated oil price should encourage substitution effects (cue students of Economics dredging their memory banks), playing nicely into the hands of the burgeoning renewable energy industry. What greater incentive does the world need, given heightened geopolitical and energy security concerns and the high cost of a barrel of Brent or West Texas Intermediate, to fully embrace our abundant resources of wind, solar, hydro, tidal and geothermal energy? Put simply, an elevated oil price should encourage further moves towards renewable energy – a mainstay of investment for sustainable funds. Furthermore, as governments, companies and consumers look to mitigate and adapt to the effects of ‘black gold’ being quite so costly, energy efficiency measures will be more important than ever. This incorporates the energy efficiency of businesses, industry, transportation and households. These are important investment themes for a number of sustainable funds, which should be supportive over all timeframes.

On this note, the long-term drivers of sustainable investment aren’t going away – if anything, they’re getting stronger. Governments, households and individuals are not suddenly going to stop caring about issues such as climate change, protecting the environment, using resources more efficiently, promoting social harmony, and ensuring that companies are well-governed. Regulations will not be retracted, campaigns such as Make My Money Matter will not renege on their goals, and we don’t believe that the groundswell of support for investing in a sustainable manner will disappear. Sustainable investment may be facing a bump in the road in 2022, but it’s not one which would send a car (electric, of course) skidding off track.

Lastly, well done to those who answered last week’s quiz question with nineteen, this being the number of trophies that Chelsea football club have won under Roman Abramovich’s ownership. This week, following on from my Prisoners of Geography reference, which country is known as ‘the water tower of Africa’?

FPC163
All charts and data sourced from FactSet