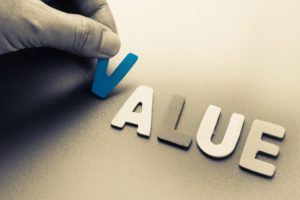 We are only two and a bit years into this decade but it already feels like a blur.

Warfare and violent oppression were present at the start of 2020, but the return to power of the Taliban and Putin’s invasion of Ukraine have brought more human tragedy. On a brighter note, the narrative on Covid has progressed many times over. More measurable factors such as the oil price and inflation have also had remarkable whipsawing trajectories. Oil has gone from negative values to over $100 a barrel and UK CPIH inflation could reach over 10 times  April 2020’s 0.9% at some point this year.

These events have brought major moves in the markets, and there will doubtless be more ups and downs ahead. This leaves us, as so often can feel the case, at a crossroads.

I will first point out the large, inflationary elephant in the cash savings room. I will then build on last week’s piece by exploring how one of the characteristics that’s most urgently required for the private sector to do the hard yards for governments restricted by debt is actually moving out of favour with the market. Hopefully, this creates opportunities.

Let’s start with cash. It goes without saying that an inflationary environment destroys the value of long-term cash savings at an alarming rate.

Of course, that does not mean cash is not worth holding at all. It is one of the best short-term safety nets. And at this stage I suppose I should also disclose that I have a slightly biased view. Asking an equity analyst to weigh up if stocks are a better long-term investment than cash is akin to asking a barber if you need a haircut. The difference is the equity analyst has empirical evidence backing their case.

Many savings accounts pay less than 1%, and the best rate I could find this morning after browsing a well-known comparison  site was 2.4%. And that was with a five year lock-in. If, as per the OBR forecasts, inflation averages  7.4% this year, it’s hard to see how savers in that market-leading product avoid making an inflation-adjusted loss.

To evaluate where value can be found, it’s worth taking stock of where we are.

The world is seemingly moving at breakneck speed. Or, if you’d prefer to take a literal stance, an apparently slower one. We have, after all, only been around the sun twice in this period of extraordinary change. One’s perspective on the space-time continuum is a distracting side line, so I shall return to the main argument that I alluded to last time out. Governments are restricted in their ability to combat the immediate challenges to society, and private sector innovation represents a solution.

One obvious example is the fact a vaccine for Covid was produced within months rather than years. This remarkable feat highlights the immense strides taken in scientific R&D, and was a surprise to almost anyone (with the perhaps coincidental exception of the ‘man who cried wolf’ Donald Trump). The UK was the first country in the world to administer  a vaccine, and is among the first countries to transition to a ‘living with Covid’ strategy. China’s zero-tolerance approach, praised to the rafters back in 2020, looks increasingly antiquated. Shutdowns in Shanghai hurt the global economy, as does the fact the Hong Kong border remains difficult.

Solving a problem like manifest inflation is a tough one. Central banks will do what they can by moving rates higher, but the cost of refinancing debts means this approach has only limited scope. Corporate innovation should again prove to be an ally. Let’s not forget that technological progress has been a great deflationary force for decades. In simple terms, more efficient manufacturing and smarter service provision reduce costs for consumers. I doubt we’re at the end of the line on that trend.

As for the booming oil price and consequent effect of energy bills driving costs higher, there is no quick fix. Energy markets depend on the inherently volatile oil price. Arguably, OPEC still has one hand on the price-setting wheel, but in any case we have no influence on the cartel. Setting price caps in such uncontrollable markets is frankly hair-brained – and the last few months have proven why. A longer-term solution is innovative approaches to wean us off oil, such as improving the UK’s energy efficiency and developing wind power, heat pumps and even hydrogen-based solutions. These projects also serve to remove our dependence on tyrants like Putin, and meaningfully move the dial on climate change.

I could go on. But in the interest of time, I think it prudent not to. The point is that companies that can innovate by adapting to, or preferably driving, change are often fabulous investments. This can be particularly true if they offer essential services or have a strong brand. That heady combination provides robust revenue streams at attractive margins. In turn, this brings the potential for the reinvestment in the next generation of products and increasing returns to shareholders. We call this section of the market ‘high quality compounders’.

The FTSE 100 has recovered to trade at around 7,500 at the time of writing. However, that’s mostly because of higher commodity prices boosting resources giants like Shell, BP and the major miners. These stocks together make up nearly a quarter  of the index. To get a better picture of the underlying strength of the UK market, it is sometimes best to use an equal-weighted index. Year to date, that’s down around  9% – which opens our eyes to opportunities.

A good part of the wider sell-off has been due to the increased discount rate applied to company valuations. Higher interest rates are of course bad for markets. However, market sentiment has also shifted away from many high quality compounders, which have sold off to attractive levels. While our investment process calls for a balanced approach and exposure to a blend of cyclical, income, growth and compounders, our research team has found particular opportunity in the compounder space recently, and has introduced new buys in this area. We’ll continue to search for value amid all the uncertainty. 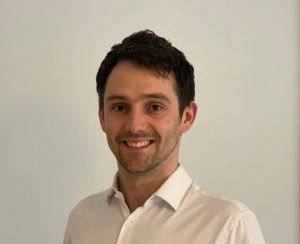