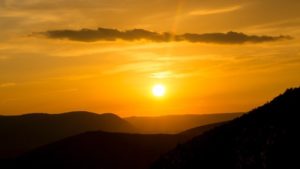 Do you remember who was prime minister before David Cameron? Correct, it was Gordon Brown. To misquote David Bowie and Lulu, the man who sold the gold. Mr No-Return-to-Tory-Boom-and-Bust fitted a lot into his stints in Numbers 11 and 10, but it is likely that his place in history lies in his comically terrible sale of the majority of the UK’s golden reserves.

In case you had forgotten, between 1999 and 2002 the erstwhile Chancellor sold 401 tonnes, or 56%, of our gold reserves at an average price of $275/oz. He raised a measly $3.5bn by so doing; 20 or so years on, it would be worth $22.9bn. Indeed. Oh dear. With the benefit of hindsight, we may wonder why he not only took the interesting decision to tell the markets in advance that he was going to flood them, and then wondered why the price fell. One also wonders how much further he thought the price of gold was going to fall. How low could it go? Presumably not to zero, but possibly to $10 per ounce? Or was it $50? Or did he even think about what the price might be, having simply decided what goes down must go down even more?

Brown was going with the flow. These days one might say something as inane as this being a ‘momentum trade’. It is the very reason why portfolios should have disciplines called ‘asset allocations’. In all the financial mumbo jumbo with which we are bamboozled, in all the hot air around ‘rotation trades’, vaccines, lockdowns and Bidens, it is perhaps timely to remember some of the simple rules of investment. So let me turn quickly to the current concept of herd immunity. There are two important aspects of this: herd and immunity. The immunity bit is self-evident: it is a good thing to be immune to COVID. The herd bit subtly makes reference to homo sapiens being a herd animal. Like the wildebeest, we seek safety in numbers. We have less chance of departing this mortal coil as someone’s lunch if we all pack together.

Markets are a form of financial Serengeti. The safe thing to do is what everyone else is doing. And we are all prone to what people with leather couches call ‘recency bias’. If a price has been going up, we believe it will keep doing so. If it has been falling, we tend to believe it will fall forever. And this is why we have asset allocations, with maximum and minimum amounts allowed in each asset class. It stops a portfolio manager from him or herself. The limits on investment stop us from selling out at the bottom and from buying at the top. Brown was running a high risk strategy and failed to understand his own psychological investment frailties.

This, though, is all a digression from the point that I wished to make about the most recent Labour prime minister. His first important act as the tenant of Number 11 Downing Street was not to change Ken Clarke’s wallpaper, but to make the Bank of England independent. Unlike his golden legacy and ironic oversight of a return to massive swings in bust and boom, history will look upon this with much kinder eyes. The independence of Central Banks matters. It has also been under considerable doubt this year. The funding of the COVID support programmes across the world has essentially been that of governments borrowing from their own Central Banks. Some would argue that it has been a good job that the Banks thought that this was something that they should do. It was also preceded by a quite prolonged period in which the President of the United States told the Chair of the Federal Reserve that he would sack him unless he did as he was told. Said Chair duly protested his independence and then did exactly what Trump demanded a month or so later. It was painfully transparent.

This takes us to President Elect Biden’s intention to appoint the former Chair of the Federal Reserve as the next US Treasury Secretary. Good move. The markets love it, as Yellen has form of giving them pretty much everything that they squealed for during her tenure at the Fed. It is also most unlikely that a former Chair will wish to further the de facto nationalization of central banking. There may be a coincidence at the moment of the needs of the politicians and the Bankers, but this will change. The former will always wish to do whatever is needed to be re-elected. The latter are supposed to have much longer-term mandates as the custodians of prudent inflation-targeting. To remove the independence of the Banks is to put monetary policy back into the hands of those with a lust for power. Markets currently are not necessarily placing enough importance on this. To put my point crudely and parochially, at some stage it will matter a great deal that interest rate policy (including quantitative easing) in the UK is decided upon by Andrew Bailey and the Monetary Policy Committee as opposed to those whose sole intent will be winning the 2024 General Election.