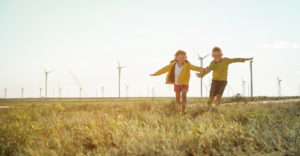 It’s all about the S

On the basis that there is nothing new for anyone to learn in the Great Inflation Debate, let us spend a little time this week on ESG. Before everyone groans with a ‘not again’, allow me to place my opening bid by saying that I am hard pressed to remember a topic that has produced so much waffly garbage from the investment industry since analysts first tried to value dotcom companies back in the late 1990s.

At the outset, we need to clarify what the acronym is. E for ‘environmental’, S for ‘social’ and G for ‘governance’. The order of the letters is not helpful. We should all be talking about SEG. Because this is all about society. The environmental and governance issues only matter in so far as they affect the social. There is a nuance or two to this, but, broadly, ESG is all about the S.

The word ‘social’ is not a great help either. ‘Societal’ would be much more useful. The whole issue is not about climate change, or pollution, or equal opportunity employment: it is about the creation, or preservation, of somewhere for future generations of homo sapiens to inhabit. It is the need, or desire, to allow our children, grandchildren, great grandchildren (and every generation beyond) a decent planet on which to live. At the moment, Earth is our only option for this.

Let me give a deliberately over-dramatized example of why the E and G are just there to support the S. If the environment and overall wellbeing of the planet were the objective, the answer is simple. Humans have to go. Pretty much everything else on the Third Rock from the Sun would be better off without us. The extinction of humanity, however, is not on the agenda.

The purpose of the E is to benefit, first and foremost, us. Humans. The same rationale applies to the G part of the equation. Why should we be concerned about best practice corporate governance? Surely the answer is that this, ultimately, leads to a ‘better’ place for future generations to live and work?

If we can get the understanding of E, S and G right, the investment benefits become much easier to understand. ESG is not the creation of some Lennon-imagined utopia; it is the understanding of the need to change and the investment opportunities and threats that arise from this. The world is moving from fossil fuels to clean energy out of self-interest. This is wholly compatible with profit-motivated capitalism. We have better and cheaper means of creating electric power than just setting fire to fossil fuels. Fantastic. This creates a massive opportunity for everyone involved in clean energy, from those who manufacture the blades of wind turbines, to those who empty the dishwashers in the staff kitchens.

Corporate governance is similarly driven by self-interest. The blindingly obvious theory is that best practice employment has to be in the long-term best interests of the business. It is, again, wholly consistent with profit-motivated capitalism. Businesses that work in sustainable harmony with their work forces, with their suppliers, with their natural resources, with the societies in which they operate, will ultimately provide the best returns for all their stakeholders, including those who own their equity. It is, one would think, an exceedingly simple argument. It is also one that the investment world complicates to a quite unnecessary degree.

I would like to jog back briefly to the oil companies. In anything other than the very short-term, in the words of Bill Gates, these are toast. Or at least toast in terms of being oil companies: one of the world’s most successful providers of wind power – Orsted – metamorphosed from its history as Danish Oil and Natural Gas Energy, and there is no reason why Royal Dutch Shell, for example, cannot become the Anglo-Dutch Clean Energy Corporation. To further complicate my analogy, at the moment, the price of crude makes the oil producers very profitable.

But this is not my point, which is about engagement. One of the great ESG debates is about whether shareholders should engage with these behemoths of greenhouse gases in order to help them manage their transition to a cleaner future, or if it would be better to dispose of their shares in a flouncy fit of pique? There are arguments on both sides. These are usually based on whether it is acceptable to sell out of a good and profitable company because one objects to their rather smelly and polluting business. The wheel, however, is spinning. The question now is becoming whether one should hold onto a company whose core business is toast, if selling the shares then means that one cannot engage and try to persuade the company to be less smelly and polluting? Should ESG principles compel an investor to hold a bad investment?

Again, there are complex arguments on both sides. But Hawksmoor is an investment management company. We are not Greenpeace. Our investment thinking is that investment returns and best ESG practice are happily aligned. Nowhere in this does it say that we have to hold inferior investments. Successful ESG (and sustainable investment) is nothing more complicated than the marriage of a sustainably managed society with profitable investments.