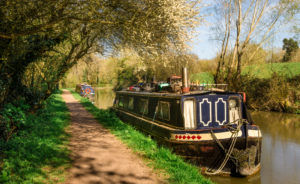 Let me begin this week with a short diversion on the state of democracy. It is not a healthy place. There is a very modern belief amongst politicians that equates a win in a vote, by however small a margin, with a mandate for absolute power. We have a dictatorship of the majority, in which the minority are stripped of their voice. It is not healthy. It is also making the habitual lust for power even more dogmatically unedifying. The two remaining candidates in the Conservative leadership contest seem interested only in victory for victory’s sake. It is typical of a party that has been in office for a long time.

That is a rather inelegant tirade about the shortcomings of adversarial politics in 2022. It is arguably even worse in the United States. And yes, I am very aware that almost every other incarnation of democracy has challenges at least as large. But the western world has a major issue with the cost of living, Central Banks that appear to be floundering and, in the UK and US, politicians acting as rats in a barrel. It would be quite refreshing if anyone actually tried to work together to do something constructive.

Markets have had another good week. The new UK inflation rate of 9.4% was brushed aside as yesterday’s news. The Monetary Policy Committee next meets on 4th August and will inflict even higher interest rates on borrowers. These being largely the people and companies who were so encouraged to borrow in the first place, but who now must feel the pain. On Wednesday this week, the American Federal Open Markets Committee will do the same and will raise US interest rates by at least 0.75%, and possibly by a full 1%. One thinks of a first time holiday-maker trying to steer a canal boat: having veered towards one bank of the canal, the natural reflex is to over-correct and drive straight into the other.

The trouble is that no one is quite sure which way the boat is moving at the moment. Hence on Thursday we see the first estimate of how the American economy fared in the second quarter. This would usually be straightforward, with markets and commentators animated by a tenth of a percent up or down from their estimates. This time, in contrast, one might say that opinions are divided. Nobody seems to be able to work out if the economy is growing or shrinking, with estimates for the quarter varying between, roughly, plus and minus 2% (relative to the first quarter).

The result matters. A high number would mean more pressure on the Fed to raise interest rates. A low number (and especially a sub zero number that would trigger a technical recession) and then possibly the Fed can already start to think about reining back on further rises. All cards are on the table.

This is also the week in which the earnings reporting season hits full speed. First amongst unequals in a deluge of information are the large US technology companies: Microsoft, Alphabet, Apple and Amazon.com. We have always found that time is better spent listening to what companies say about the actual state of their markets, rather than the predictions of the strategists and commentators. This has probably never been more so than at present. It does not take a genius to spot that the world of commerce has become a tougher place; the issues are about what is actually happening at the coal face (and coal faces are likely to be around for a long time yet), and what financial markets have already priced in. In very broad terms, the answer to the second part is “something a lot worse than anyone is currently seeing”.

It would be very helpful if we can get through this week without one of the major businesses reporting that it is seeing a proper slowdown in trade. The economic data will distort what is already a very messy picture, but it should be the voices of the corporate world that ring the loudest amongst the cacophony. It is going to be a bumpy week.