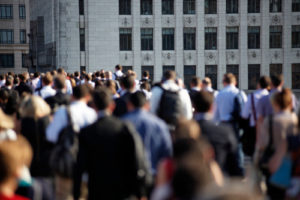 We can thankfully wave goodbye to the second quarter of 2022. We shall write our usual reflections and commentaries over the next fortnight, but there is no disguising that it has not been a good time for either equity or bond markets. There is a notable exception in China, which we highlighted last week, but in the majority of markets the combination of high inflation, tightening monetary conditions and the war in Ukraine has made for heavy going.

It is unsurprising that this morning has seen the first organised protest against the cost of fuel in the UK. Let us leave aside whether it is more productive to drive very slowly along the M5 or to park several hundred lorries in Westminster, and instead look at some of the logic. The price of a barrel of oil is currently, give or take, $115. In 2008, to pick a specific moment, the price briefly rose over $140 per blue barrel. At that peak, you could buy a litre of petrol for around 120p, while a litre of diesel would have set you back a then eye-watering 130p (ish). As we know, £2 a litre has now become commonplace.

The primary culprit is the pound. Back in the good old, bad old days of late 2007 and early 2008, just as the credit crunch was growing into the Great Financial Crisis, a single British pound was worth US$2. This morning it will buy you only $1.21. That is a fall of around 40%. In sterling terms, oil is costing £90/bbl, versus £70 at the 2008 peak. If we then add in the extra costs of refining – energy and labour – then we start to explain the current cost of putting a tiger in the tank.

The role of fuel duty is a tricky one. There is a single rate for unleaded petrol and diesel: this started our period of comparison in early 2008 at 50.35p per litre. This rose to 52.35p at the end of that year and increased thereafter to a peak of 58.95p in January 2011. Duty was cut by a penny in March 2011 and was held steady until 23rd March this year, when it was cut by 5p a litre, back down to 52.95p. We thus had a trough to peak of 8.6p per litre. Which, one might argue, is little more than a current weekly fluctuation in the pump price. It is that 5p cut in March that has disappeared into the ether and is the cause of so much alleged angst. In the scheme of things, it is irrelevant.

We have argued a number of times that climate targets have taken a perhaps understandable back seat in recent months. We might point out the current Australian floods, which seem to be once in a hundred year events that now occur annually. Or that Rome has just registered its hottest day ever. Or that Banak airport, close to the top of Norway and inside the Arctic Circle, has just registered a temperature of 32.5 degrees. Celsius.

That is not the point. Nations need power and it seems that firing up the coal stations is one way to do this. We have also argued, for much longer, that almost everything every government does climate-wise is tokenism. If I may pick on the UK, which is easiest, I ask why we persist with a national speed limit of 70mph? Surely we would impose a lower limit if we were serious about cutting the use of hydrocarbons in cars. And why, if 70mph really has to be the limit, do we allow manufacturers to make vehicles with enormous engines that can propel us at double or triple that speed? If we are serious, why not limit engine size, or at least impose a minimum efficiency? It is because we are not serious.

Since I am asking a series of questions, I move onto housing. Why is it not compulsory for every new build to have solar panels? It is because we, and almost every other country, actually do not take climate change seriously. We adhere to tokenism. And we will continue to do so until anti-carbon measures are deemed to be electorally popular.

Everyone will doubtless be familiar with the term ‘net zero’. This is arguably the greatest piece of greenwashing of all. The issue is with the concept of ‘net’. This broadly means that it does not matter how much anyone or anything pollutes, so long as they plant enough trees. It is also the only way that anyone is going to be able to meet their existing climate targets. This is fertilising a vast new industry, called ‘carbon capture and storage’. It is basically treating carbon emissions as if they were a bunch of bank robbers: they need to be caught and put in jail. Carbon needs to be lassoed before it can escape into the air, and then locked up in underground, and undersea, chambers. Where it stays locked away to contemplate what it has done. The development of carbon police and carbon jails is going to be a very, very big business.

This week’s market activity should build through the week to Friday, when we have the release of the latest US non-farm payrolls. For markets infatuated equally with inflation and recession, a high or low number has the potential to be equally unsettling. The rollercoaster rolls.

Finally, well done to everyone who knew last week’s reference to The Umpire Strikes Back. Today, with a nod to 1970s inflation, which household staple was bizarrely advertised by a girl attached to a hot air balloon to the sound of ‘she flies like a bird’?

FPC373
All charts and data sourced from FactSet