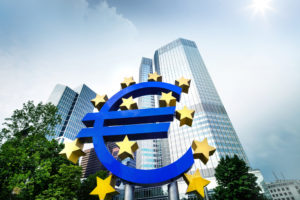 That’s it. The footy is over and done with and we can go back to the day jobs. Other than the losing and being rubbish bit, it was all rather fun. And certainly a lot more than cogitating on the end of the inflation trade, the fall in bond yields, or the European Central Bank’s change of mandate. The world of investment management is dryer than a camel’s pocket.

I thought I could waste a little of everyone’s time today by trying to think how we could possibly make anything about investment sound interesting to a normal human being (if that is not oxymoronic). So let’s start with the aforementioned ‘end of the inflation trade’. Ok, I give up already.

Instead, let us backtrack a few years. For those who have been following Hawksmoor for longer than is sensible, you may recall that we gave a series of presentations under the title of ‘Katy Lied’. It was a Steely Dan reference, based upon the premise that financial were as hooked on quantitative easing as if it were heroin. However many years on it is, nothing has changed. Although that is not strictly true. Please bear with me here: this bit involves Central Banks and therefore necessarily flirts with being painfully boring.

Late last summer the Federal Reserve announced that instead of targeting a static 2% rate of inflation, it would henceforth treat 2% as being an average. Over a period of unspecified time, and with unspecified time weighting. This was a roundabout way of saying that they would find new excuses to keep printing money. I believe it was Oscar Wilde who purported the theory that the best way of dealing with a temptation was to give in to it, and the Fed has decided that if markets (who are supreme) crave quantitative easing, then the easing of their quants is what they should be given.

Nearly a year later, the European Central Bank, lo and behold, has decided to do precisely the same thing. I really do not believe that it is too cynical to argue that both the Fed and ECB have started with a desired outcome – printing money – and have worked back to a policy that provides the excuses for so doing. The market’s addiction to handouts of free money has become so great that the foremost monetary authorities of the world have ripped up their rule books to find ways of feeding this lust.

The rather uninteresting detail is that the ECB has, for longer than an elephant can remember, targeted an inflation rate of ‘close to, but below 2%’. Last Thursday, it officially changed this to a target of 2% with symmetrical tolerances. I did warn it was not very interesting. But what that means in practice is that the Bank can keep printing money regardless of the inflation rate.

In the world that I once inhabited, both policies (arguable, it is probably one single policy followed by two Banks) would have been deemed to be insane. Stark, raving, gibbering, padded cell monetary lunacy). But I am getting old and the rules have changed. The response of the markets has not been to fear the inflation the Banks are trying to uncage. That would mean, logically, that yields available from bonds should rise. We have though gone through the looking glass and the markets have instead decided that bond yields should fall. The Central Banks, so the argument must run, will have to keep buying more bonds to keep the quantitative easing syringes delivering their intravenous hits.

The policy of pouring fuel on inflationary pyres has perversely caused the diametrically opposite effect on asset prices than conventional logic, or sanity, says. The Central Banks want higher inflation. They want it so badly that they have changed their own rules to keep the printers going. That must logically mean that bond yields rise. But that was then and this is now. And in the world of now, this means buying more bonds and the yields falling. Wibble.

Later this week we have the monthly updates to the inflation rates of both the US and the UK. The reactions to these will be rather fun. This is also the week in which the US quarterly earnings season starts in earnest (wherever earnest may be). Expectations are stratospheric. US markets finished last week at new record highs. Maybe all this data does not matter at all, and the only thing that counts is how long quantitative easing can be spun out for? It has become increasingly hard to argue otherwise.

Finally, last week’s reference to vindaloo is best forgotten. We are back to lyrics today, and all the way back to 1974. Without any reference to yesterday’s penalties, or Charlton Athletic’s ground, who was singing ‘so close, so close and yet so far’?

HA804/307
All charts and data sourced from FactSet