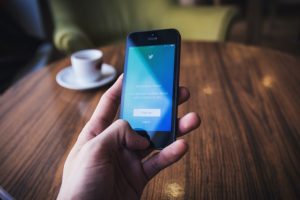 From the evidence of the arterial routes in the south west this weekend, most of our readership will be on holiday this morning. For those still in the office, it is probably the safest place to be. The Cornish beaches will be both full and plagued by homicidal seagulls. If you were thinking of popping over, or under, the Channel, your sterlings will (according to www.thomascook.com) buy a measly 1.0735 euros.

Let us stay in Europe for a moment. You will all be aware that the financial industry loves an acronym. It may be that we think we sound clever if we speak in jargon. With a nudge and a wink, we suggest that one is properly in with the in-crowd with the latest TLA.

This faux egotism was exploited brilliantly by Jim O’Neill. Now Baron O’Neil of Gatley, the then economist at Goldman Sachs, first coined the BRIC economies way back in 2001. It would be most unfair to say that one can judge the actual brilliance of this by the success of his follow up gobbledegooks of N-11, MIKT (what?) and MINT. Yet again I am strangely reminded of ‘Fooled by Randomness’.

I am rambling. We are eventually coming to what the Germans never called the Schweine economies. Do you remember the PIIGS? The basket cases of Europe, allegedly. The ones that we liked to mock with the supposedly amusing and derogatory acronym. It is important to remember, however, that one of the global variants of the PIIGS had an extra G, being a shortened version of ‘GB’. Oink oink.

Did you know that you can now lend money to the Irish government for the next ten years for an annual return of 0.01%. Should you wish to lend money to Mr Varadkar for the next two years to tide him over the Brexit period, you would have to pay him an extra 0.62% in each year. Irish bond yields are negative out to eight years. The Portuguese 10 year yield is 0.27%. Italy’s is 1.5%. Greece 1.99%. Spain 0.22%. If you keep tabs on the UK, it is under 0.5% this morning.

Markets believe Europe is in a crossfire. The United States to the left, China to the right. Not only that, but Brussels is a target in its own right for Trump’s tariff grenades. It therefore came as something of a surprise when a scheduled White House statement on Friday evening about European tariffs turned out to be an agreement about beef sales. We are back to being fooled by randomness again.

The surprise was fuelled by Mr Trump’s earlier tweet that he was again raising the stakes (rather than the steaks, which are now coming to Europe) with China. Markets hated it and turned a brighter shade of red.

It is easy and lazy to fall into the trap of thinking that the markets are always right and Trump must therefore be wrong. Because he’s horrible and rude and upsets our sensitivities. The reality (as far as anyone outside the talks can tell) is that dealing with the Chinese is like nailing the proverbial jelly to a wall. They do have massively biased trade policies and are being extremely slippery in giving anything up.

Trump loses his temper from time to time and fires off a tweet. This one had the dual purpose of putting the frighteners on the Fed for having the audacity not to promise more cuts in interest rates, nor free Ben and Jerry’s for anyone whose surname rhymes with ‘ump’.

Except it would not be Ben and Jerry’s. The Unilever-owned American icon will forever be associated with its founders (Ben Cohen and Jerry Greenfield), who are ardent supporters of Bernie Sanders. Or, as he is known in the White House, Beelzebub. Ben and Jerry (not Ben and Jerry’s) have just launched a limited edition tribute to their icon, a flavor (sic) called ‘Bernie’s Back!’ The exclamation mark is presumably to avoid any assumptions that the flavour is reminiscent of Mr Sanders’ actual back.

The Fed said last Wednesday that the one thing it was worried about was trade. The US economy? Just fine. But trade? Whoa. That was enough of a brow-furrower to need a cut in rates. It is not hard to see why Mr Trump, who really really wants lower rates to get him re-elected, then decided to escalate the whole trade thing.

Back on planet earth, we have a US economy growing at something close to trend, with unemployment at the astonishingly low rate of 3.7%. Those are not statistics that one would normally associate with a cut in rates.

Last week’s monetary teaser was a toughie, but we were looking for ten shillings and a thousand pounds. Today, which Australians were Reminiscing in 1978?

Renminbi per US dollar, past 5 years. Devaluation. 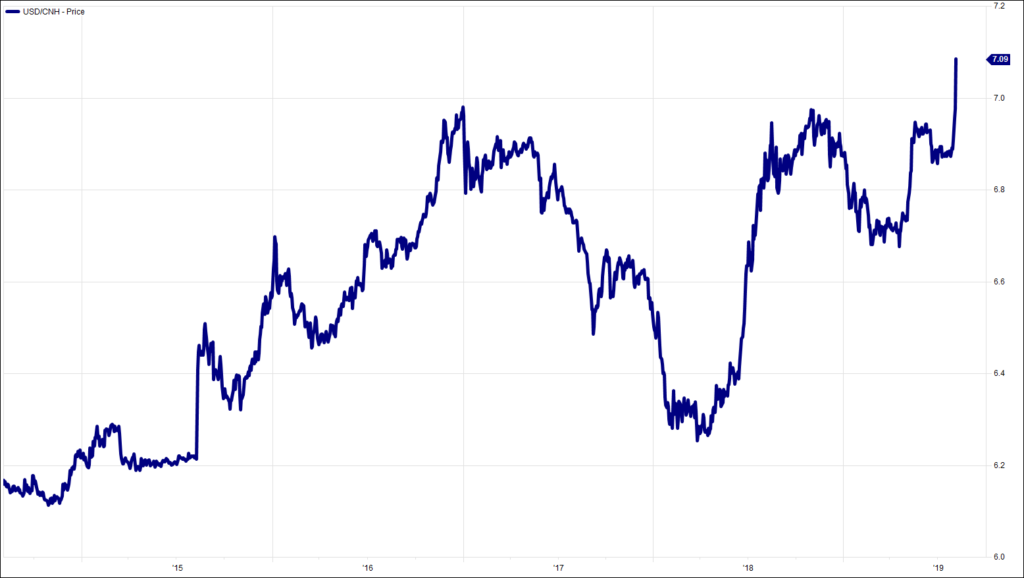 HA804/222
All charts and data sourced from FactSet