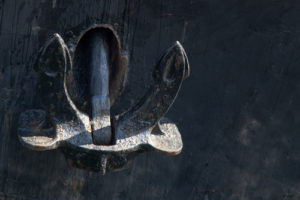 Andrew Bailey has what modern parlance may call ‘a tough gig’. Running a Central Bank has been a doddle for years. Economies have ticked over nicely, inflation has been a non-event and all the Banks have had to do is to twitch an occasional eyebrow in a Roger Moore-esque manner. Once every decade or so a crisis blows in, to which the Banks have had to flip the on-switch of the monetary printing presses. This has all come with an appropriate veneer of seriousness and reminders of what horrendous risks we would all face were it not for the Banks’ watchful and paternal guidance.

On being invited to leave his tumultuous tenure at the top of the Financial Conduct Authority and to return to his career home of Threadneedle Street, Mr Bailey must surely have exhaled a sign of relief that would have sailed an armada. But my, how we should be careful what we wish for.

The Banks, and the European Central Bank in particular, have long used the nautical analogy of the necessity that inflation expectations should be ‘anchored’. It is a simple concept: if governments, companies and individuals expect that inflation will be one or two percent, then they act as if that will be case. No one is too bothered by needing to raise prices, as for years the cost of making stuff has been brought down by improved technology and the ability to manufacture somewhere with very low wages. What is more, no one needs to ask for a cost-of-living pay rise, as the falling cost of goods means that real purchasing power increases every year. It all works partly on reality, and partly on the understanding that there is no inflation.

As we all know, this particular ship has now sailed. Inflation is at levels that were unimaginable pre-pandemic. The Banks’ initial responses were to say that they saw no icebergs. Or in Bank and financial jargon, that rising inflation was a mere spike, a nicety of mathematics that would self-correct. There was no need to worry, we could all go back to our hammocks.

That was then. The ‘now’ is something altogether different. The great worry of the Banks is that inflation expectations have weighed anchor. Inflation is over 5% both here in the UK and in Europe. In the United States it is over 7% and likely to rise even more. The problem is that this very quickly becomes not a spike, but a state of mind. If the cost of living is rising by, say, five percent, then we tend to act as if this is the case. Expectations beget higher wage demands. When labour markets are tight (which they are), then higher wage demands beget higher wages. Higher wages beget high prices. And hey presto, we have a wage-inflation spiral.

If we are to stretch the geometrical imagery, the worst place from which to tackle a spiral is being behind the curve. Traditional economics says that inflation – that great destroyer of value – should be tackled by constraints on demand. In simple terms, that means a recession. Which, of course, nobody wants. And so it is easy to have a great deal of sympathy with Mr Bailey’s plea for restraint in wage settlements. It is one part of conventional economics that he appears to have remembered (the role of money in creating inflation by all accounts goes into his mental spam box). Unlike Cnut, who was demonstrating his mortality in knowing that he could not turn back the tide, Mr Bailey may just genuinely believe that his plea may fall on fertile ears. To his credit, and to the discredit of his Banking peers, the Bank has at least raised interest rates in the UK.

Markets are no nearer to solving the riddles of the confusing messages that the Banks strew in their path. Bond yields are rising, equities are becoming increasingly volatile. Last week’s pummelling of PayPal and Meta Platforms (aka Facebook) shows there is no margin for error in businesses that fail to deliver on expectations. In contrast, the bounce in Amazon.com demonstrates that for those businesses still cutting the mustard, the share price falls may already have been too severe.

Sometime in the distant past, there lived a famous investor called Warren Buffet. But he became very old and doddery, and people forgot that many of his teachings are timeless truisms. Thus a rising tide floats all boats (almost all stocks rise in a bull market), but it is only when the tide goes out that we see who is wearing trunks. The gaps between the be-trunked and the skinny dippers are widening dramatically.

FPC88
All charts and data sourced from FactSet