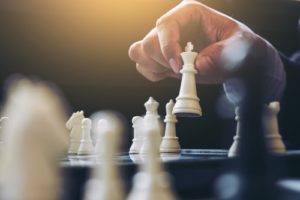 Two can play that game

There is a lot to cover this week. Readers will be more than aware of our view that COP26 is the most important global event for a generation, and likely for longer. It starts in the week after a frankly bizarre UK Budget and coincides with meetings of the Federal Open Markets and Monetary Policy Committees, both of which will take the path towards monetary tightening.

We start with Queen Gertrude’s famous protestation that “The lady doth protest too much, methinks”. The more that our prime minister bleats about how slim the chances of a deal in Glasgow are, the more one is inclined to believe that something major will happen. As Prince Charles has so eloquently said, it needs to. It is tempting to say that this starkly highlights the trouble with democracy, in which the need to have regular re-election discourages planning for the long-term. Indeed. The Prince of Wales has made it clear that a benign monarchy would have taken a more aggressive path to decarbonization, which increases the pressure on China, which is not shackled by the forgotten words and bonds of democracy, to show leadership.

Now let us backtrack to last Wednesday’s Budget. I confess that I am perplexed. In the context of COP26 the decisions to freeze fuel duty and cut air passenger charges are, shall we say, disappointing. More than anything, it shows a lack of leadership. One can understand the short-term popularist motivation, but it is a shame. In the grand scheme of carbon, this is only tokenism and neither decision will change the world. Why should we be so upset about a couple of pence per litre, when we could, but will not, lower the national speed limits and restrict the maximum size of a car engine.

Sunak was at considerable pains to put his Budget in the context of high inflation. He even went so far as to highlight that the Office for Budget Responsibility (we can argue over whether the title is ironic or oxymoronic) is predicting an average rate of inflation of 4% over the next year. Given the latest reading was a ‘mere’ 3.1%, this is telling us that we have some uncomfortable monthly reports coming up. The chancellor was keen to say how adept the Bank of England is at dealing with inflation. The truth of this is neither here nor there. The message is that the government is on a spending spree for the common good and it is the Bank’s job to raise interest rates to deal with any accompanying inflation. It is a fair bet that none of us thought we would ever see a Conservative government doing this. A rise in bank rate on Thursday is inevitable.

It is a very interesting question to ask where this leaves English politics. As one commentator eloquently put it, Boris has parked his tanks on Labour’s lawn. After the electoral failure of Corbynism, one would suggest that the Labour Party cannot yet head to the left of the political rainbow, while a shift in the other direction would arguably take it right of the Tories. One might think that the right hand end of the Conservatives might balk at ‘big state, big tax’, but Boris has delivered the Brexit that they demanded. Whatever one might think of Boris, it is hard to find a political angle that he does not have covered.

The quarterly global earnings season hit full speed last week. Most, but not all, companies have reported robust health. Many, if not all, have referenced costs and shortages, but as yet in the majority of instances, these have not been material. The highlight as far as share prices are concerned, was the announcement that Hertz has ordered 100,000 Teslas, half of which will be made available to Uber. Tesla’s share price rose by almost 20% over the week and it has joined Microsoft, Apple, Amazon and Alphabet in the $1tr club. To add some context to this, Tesla makes around half a million cars a year. Toyota, which is no slouch in the electric vehicle industry, typically makes around 18 times more cars each year and is valued at about one quarter of the worth of Tesla.

My last reflection today is that if the chancellor’s projection for inflation in the United Kingdom is correct, then this is an economic scenario that should strongly favour equities versus bonds. The caveat is the extent to which the Central Banks are prepared to play the same game. This week’s meetings of the Federal Reserve and the Bank of England matter. In the long run, COP matters a great deal more.

HA804/318
All charts and data sourced from FactSet