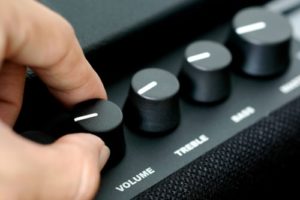 Some of the things we do at Hawksmoor are proudly traditional. Every day starts with a ‘morning meeting’, at which the Research team proffers its wise pearls to our Investment Managers. Knowing the limitations of early morning verbal communications, the morning meeting is followed up with a longer, written commentary that we have affectionately named The Daily Noise. Tongues were in cheeks when we settled upon the name for our daily piece, but it also intended to be a reminder to all that the short-term, day-to-day vagaries of financial markets are largely random and knee-jerk noise.

2022 has started not so much with noise, but with a screeching cacophony. Our intention this week is to attempt to make some sense out of what is, yet again, a sensation of information overload. So let us start on the far side of the globe, in China. The world’s second largest economy has been on the receiving end of some less than flattering comments over the past few months. Much of this has been centred on a belief that the Communist Party, under the leadership of President Xi, is becoming more ‘communist’. It has been seen to be interfering in things. Whilst one might think that most would have worked out that this is actually the nature of the beast, markets have been a little scared. One of the key areas in which the Party was poking its fingers was the gambling industry of Macau. It now turns out that, surprise surprise, these fears of State control have been largely overplayed.

This is only one swallow, and it is not yet summertime, but we are hopeful that China will be a source of greater cheer for investors this year. Unlike a number of other economies, of which there is more below, China does not have an inflation problem and has started to cut its interest rates. Moreover, the 8.1% growth in GDP that it has announced for 2021, is nicely better than had been expected.

Which brings us back, briefly, to inflation. Last week it was confirmed that the annual rate of increase in prices in the United States has reached 7%. Later this week, we have the monthly updates for both the UK and Eurozone; in both places, the inflation rate will be at or slightly over 5%. In the UK in particular, the upcoming change in the energy cap all but guarantees that the inflation rate will rise quite a lot higher. It also creates an even greater dilemma for the Bank of England: the higher fuel bills will make a large hole in the discretionary spending of the poorest in particular. It will work as an interest rate rise, or even a tax rise, targeted at those who can least afford it.

The markets, though, are sniffing rate increases in the UK. Sterling is nudging $1.37, having gained around 5c in the past month. It is also trying to bash a way above €  1.20, a level that has acted as a well-beamed ceiling since the 2016 Referendum. Or it may be that they are sensing political change is in the wind, a topic that we leave well alone for now.

Before we leave inflation, we should reflect for a short while on the latest consumer spending data from the United States. December’s retail sales were awful. Given that the whole point of this week’s article is not to over-analyse short-term data, we refrain from making a drama of this. However, we should remember that inflation can affect consumers’ psychology in two ways. On the one hand, it can make people spend now, in the belief that prices will be even higher later on. On the other upper limb, it can create the shock that everything is becoming unaffordable and that the hatches need battening. It is something we shall be watching keenly.

Then we come to Omicron. The share price of easyJet has risen 26% in the past month, as has British Airways (I will never get the hang of International Consolidated Airlines). Jet2 has risen 32%. For the record, Ryanair is the laggard of the pack, with only a 16% gain to its name. The message is that Omicron is the beginning of the end of lockdowns. Country after country is seen to be taking the view that Covid-19 is morphing into a disease that can become a manageable part of routine. Yes there are huge caveats to this, but there is no doubt that the mood is considerably brighter.

Our last reflection this week is on Unilever, GlaxoSmithKline and Terry Smith. For those not familiar with the last of this trio, suffice to say that Mr Smith is a fund manager of some standing, and a reputation for an impressive degree of self-confidence. Last week our Tel let it be known that he is less than gruntled with Unilever, a company that he believes is putting do-gooding ahead of making profits for its shareholders. This was building up to be an interesting debate before the weekend’s news that Unilever had offered the not inconsiderable sum of £50bn to purchase Glaxo’s consumer businesses. This has not gone down well with Unilever’s shareholders, who have greeted the news like an over-ripe haddock. Whichever way one pours the mayonnaise, £50bn is a huge deal and investors across almost every industry have experience of how unlikely it is that acquisitions of this size work out for the best. At the risk of considerable hubris, we would suggest that the deal is unlikely to happen. It also pours fuel on the fire of the debate of whether do-gooding should be allowed to impinge on short-term profitability. This one is going to run and run.

Well done to all who knew last week’s link to David Bowie and Nile Rogers. Today, we are slightly more obscure: who was ‘going faster miles an hour…with the radio on’

And finally, it is that time of year when we shamelessly ask you to vote for us in the Adviser Choice Awards. We would hugely appreciate it if you could take the time to vote for us and we really do value your support. The link is below:

FPC42
All charts and data sourced from FactSet