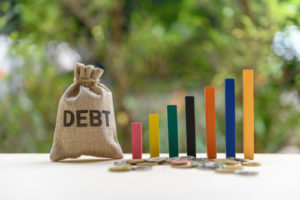 One of the questions that we are asked most frequently is the one about how are we ever going to pay back all this money. It is actually a very simple one: we can’t and we won’t. But you will have guessed already that it is not quite that straightforward.

Last Friday’s monthly update to the UK public finances confirmed that our national debt is now in excess of £2tr. Were I to type that out in full, the 2 would be followed by a dozen zeros. That is more zeros that is good for anyone’s health.

The government must have cringed when it read the official statement from the Office of National Statistics. The ONS loves, really loves, statistics. So much so, that it joyously puts the interesting bits right at the top of the bulletin, eschewing any hints from third parties to bury these in the small print of the Appendices. Oh no, it is right there in the opening paragraph: debt is over £2tr – for the first time ever – and has risen £227.6bn in the last year alone.

The ONS goes on. This is more than 100% of gross domestic product for the first time since 1961. This is a rise of 20.4% in twelve months. Borrowing in July was £27.7bn, the fourth largest month since the start of records. We have the glorious result of statisticians producing observations here, there and everywhere, revelling in the extremes of their numbers.

So how are we ever going to pay back £2tr? Well, we won’t. If the British government ever returns to a budget surplus, to repay the debt at £1bn a year would take two millennia. We can work forwards from there: at £10bn per annum, it would take a mere two hundred years.

We all already up a blind alley, so let’s reverse and try again. Some might argue that the debt is not really that large, because the best part of £750bn (rounded up by £5bn to make it easy for me) is held by the Bank of England, and does not really count. So the actual amount is only £1.25tr. And that is not nearly so bad – it is only 125 years at £10bn a year.

Then we have the interest rate. Again, concepts are much easier dealt with in round numbers. The weighted average maturity of the gilt is around 15 years, and the interest rate on gilts of this maturity is currently around 0.5%. That adds up to an annual interest bill of £10bn.

This though needs a little context to be understood. In a normal-ish year, the government receives about £700bn a year in tax receipts. So the bill on its borrowing amounts to only 1.4% of the annual tax take. £10bn is two years’ worth of inheritance tax receipts, or three weeks’ income tax.

2020 is going to be very messy, largely because the Chancellor has decided to give so many tax holidays and breaks. 2021 may not be a great deal better, while we get over the lockdown recession. But the cost of our astounding national debt is actually not a big deal. Nor is the government’s ability to keep issuing it, so long as it can rely on the Bank of England to keep buying it. Which, of course, it can do as we can be sure that the Bank would be nationalized before it had the chance to say enough is enough.

The greater potential problem is the annual cost of the national debt. Even here, the challenge can be overplayed. Short-dated gilts – with a maturity of less than five years – account for approximately a quarter of the total market. As we sit on this drizzly August Monday morning, all these gilts have negative yields to redemption: the government has to pay back less than it borrows. Whilst we all might accept that this state of affairs is a little perplexing, it also means that should interest rates start to rise, there is quite a lot of headroom for gilt yields to do likewise before this causes pain.

Last week Joe Biden appeared very presidential at the Democrats convention. This week the Republicans will be hoping Donald Trump does likewise; his keynote speech is on Thursday. We also have a wide range of data due from the US, giving us important updates on the housing market, consumer confidence and unemployment. On Thursday we are due for a revision to the guess of how much GDP fell in the second quarter; the first estimate of -32.9% was hopefully a little overdramatic.

Well done to the select few who spotted our first ever reference to Jim Reeves last week, and the rather wonderful ‘He’ll Have to Go’. Today, a seasonal and elemental favourite from 1978,: what has the opening line: “Do you remember”? 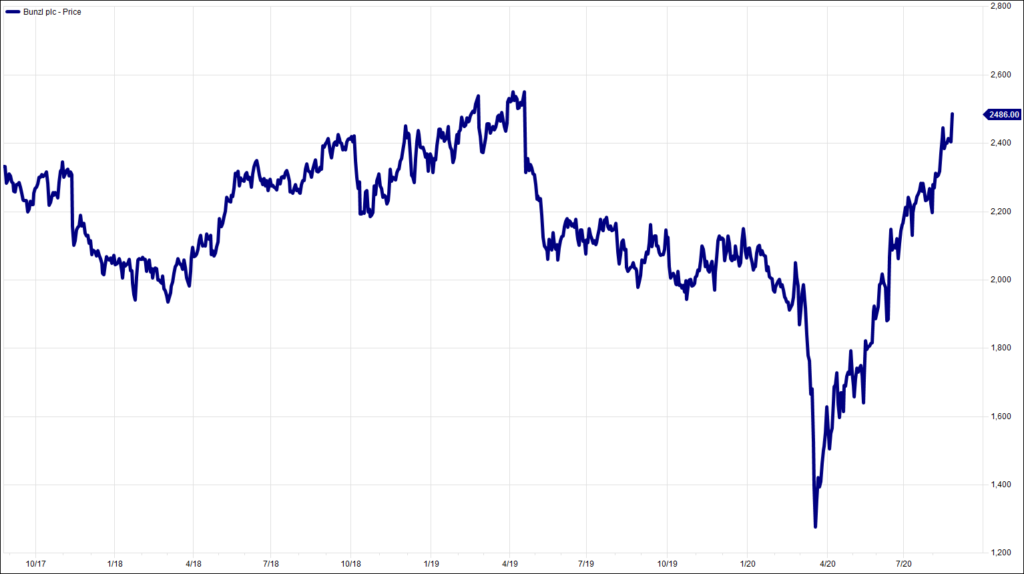 HA804/269
All charts and data sourced from FactSet