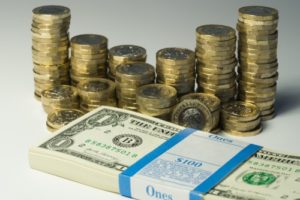 After a fortnight digging the borders and cursing the frost, this morning I have come back to equity markets in fine fettle. Indices the world over have been setting new highs, apparently as fears of inflation have decreased a little. Even the UK has been enjoying the springtime revelry. Although copyright prevents us from naming names, you will all know what I mean when I say that the UK’s leading index has been trading above a round number that begins with a 7. Far from being a record high, this is broadly the same level as in late 1999. Hmmm.

Now I could use this as another excuse to lament the tick box use of passive, index-tracking investments. But let us not be drawn down that particular dark alley this week. Instead, I appeal to the gastrophiles amongst us, and especially those watching the current series of Great British Menu. For those readers that I have now lost, let me explain that the current series challenges the chefs to celebrate British invention and inventors. Amongst the names cited, one that has recurred is Tim Berners-Lee. Or to give him his full title, Professor Sir Timothy Berners-Lee OM KBE FRS FREng FRSA FBCS.

There was a President of my last golf club up country who had a similar number of letters after his name, and who took up two lines of the honours board in the clubhouse. We just knew him as ‘Spotty’ (a fabulous person, and terrible golfer. If you have an idle moment, google ‘Denis Spotswood’). So let us revert to the more familiar address for our national hero, or ‘Timbo’. Timbo is the man said by the history books to have invented the internet.

Is that not amazing? Timbo invented the internet. The details of the rights and wrongs of exactly who did what and when do not matter here. My point is about the relative performances of UK and US stock market indices since the turn of the millennium. And specifically about why the headline index of the UK is pretty much unchanged over the past 20 years, while its American equivalent has nigh on tripled. The explanation, I think, lies with Timbo.

This is actually a story of only the last eight years. From 2000 to the end of 2012, the UK and US markets moved hand in glove, step for step. Or should that be foot in sock, hand in hand? Never mind. What we have is, again I think, a situation where the United Kingdom has been the source of world-changing scientific development, and the United States has made all the money from it. US Inc has taken the British concept of interconnectivity and turned it into the world of Google, Amazon, Apple and Facebook. This is not to mention Microsoft, which turned the Millennium as the largest company in the world and which is now exceeded only by Amazon (I exclude Aramco from the comparison).

The argument for the triumph of American commercialism over British intellect is complex. If we look at a broader index of the UK, say one of 250 medium sized businesses, the picture changes. The UK’s performance since the end of 1999, on this measure, far exceeds that of the American index. This though all happened prior to the start of 2013. In the period since, we again see America roaring and the UK struggling. It again feels as if the easiest explanation is the Timbo Effect. It is the United States that has taken connectivity by the throat and turned it into a dollar-printing machine.

This is not going to change. From time to time, businesses that lead will become expensive and those that follow will appear cheap. Some investors will flip, possibly very successfully, from one to the other as the mood ebbs and flows. But the rationale underlying the whole argument is that Britain changed the world, but America has made, and continues to make, the profit from it.

Well done, from three weeks ago, to those who could hum the first couple of lines of Layla. Today we have a bit of a stinker: who, or what, links Ace’s “How Long” to Rod Stewart’s “Sailing”?

HA804/297
All charts and data sourced from FactSet