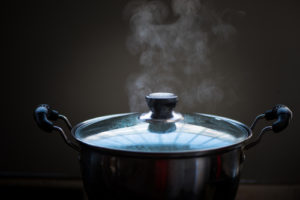 Today the non-essential shops may reopen. The issue of essentiality is undoubtedly subjective, but this is supposed to be a step in the right direction, getting the economy back on track, greasing the wheels of commerce.

It would be unfair to dispute whether it actually does any economic good to buy an even more discounted outfit from Primark for a holiday that is not going to happen. The queues reported from the nation’s favourite source of inexpensive clothing are symptoms of the same issues as the fisticuffs over Churchill. Lockdown has created a pressure pot of steam that needs to be let off. For some, this will be hours spent in socially-distanced queues seeking the solace of retail therapy. For others, it will be the chance for a good fight.

It is the same phenomenon that I would argue is broadening the Black Lives Matter protests into such widespread expressions of dis-satisfaction with authority and perceived injustice. Lockdown has concentrated and amplified many emotions and what we are seeing around the world is the explosive venting of some of these.

What is to be done? In America, it is to sack a couple of police chiefs. Here, we open the shops, restart the football season and probably shrink the two metre rule in order to let the pubs join the party.

Doubtless everyone will have seen last week’s news that the UK’s economy shrank by a fifth in April. 20.4% to be precise. The previous monthly record was March’s 5.8%. Put the two of these together, and the economy at the start of May was operating at 75% of the level of the end of February. The numbers will change – the actual drop could be possibly 5% better or worse – but the precise outcome is irrelevant. This is the greatest economic mess ever.

My earlier musings about the global protests, marches and riots were less about whether any good will ever come from them and more with the growing probability of a second wave of corona infections. The early signs are that the easings of the lockdowns is coinciding with an uptick in infections. And it is this that matters most to financial markets.

Those of us fortunate enough to work in the world of finance and investment are extraordinarily privileged. We can easily work from home, our companies will provide computers, laptops, video streaming services, and padded chairs. We can order our deliveries from Ocado, our gourmet takeaways from Deliveroo, our farm shops still have locally and sustainably sourced organic venison burgers. We have very comfortable bubbles from which to ride out the COVID crisis.

OK, most of the previous paragraph is unfair, but it is descriptive licence to illustrate the point. Equity markets had roared upwards since March, propelled by the beliefs that not only would economies recover very quickly from this hiccup, but also that COVID-19 was even enhancing the global domination of the American technology giants.

We would not pretend that we know whether or not the UK, or anywhere else, will have this second wave. The issues are that the large scale loosening of lockdowns, as illustrated by the marches and protests, makes it much more likely. Equally, we do not know what the reaction of governments will be should the wave happen; will it even be possible to re-impose the extraordinary restrictions on long-held personal liberties?

It is one of the oldest clichés of investment that markets like certainty. With lockdown, everyone knew where they stood. The changing of the rules means that degree of certainty has gone. Instead, we have entered a new phase of experiments. Markets will be nervous, skittish and unsettled. In investment jargon, they will be ‘volatile’. They are untrustworthy and we remain quite content to keep our portfolios sensibly cautious.

Tina Turner, so it seems, is even more popular than 10cc and well done to the many who knew that we were on the city limit of Nutbush. Today, ten years later on (so 1983): “Every now and then I get a little bit lonely…”? 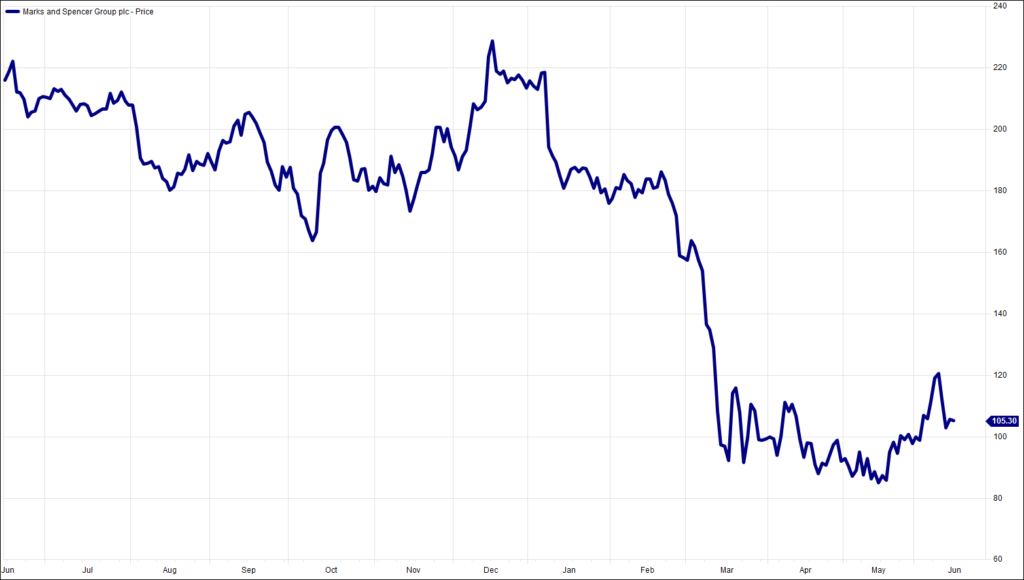 HA804/259
All charts and data sourced from FactSet