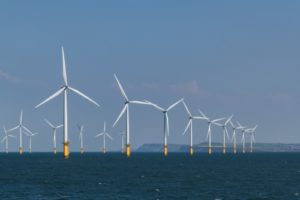 The end of the first half is nigh. My reference is the speed at which 2021 is passing, and nothing to do with tomorrow’s football thing. I will get this off my chest at the outset this week: having spent two hours watching England’s previous match in this Euro football tournament, I shall not make the same mistake this week. This should guarantee a scintillating, pulsating, bodice-ripping 5-4 win, national celebrations, an extra bank holiday and free cream teas all round.

On the more mundane issues of the investment markets, 2021 so far has been a pleasant surprise. Equity markets are, give or take, 10% higher than at the start of the year. This, one might argue, is keeping them broadly in-line with the true rate of inflation. We have, though, done inflation to death over the past few weeks, so let us move on from that. It is time for the half-time style check. Has it been value? What about growth value? As Doris Day almost sang, you’ll have to wait and see.

As the year turned, the debate in equity was all about value or growth. Would this be the year of the great rotation? Surprisingly this was nothing about ploughing, but was whether we should all sell our Microsofts and buy some things that hadn’t yet gone up. Six months on, and the debate has been more or less pointless. In fact, one could argue that growth has a slender lead, despite being outplayed for most of the match so far. The MSCI US Large Cap Growth Index (doesn’t that just roll off the tongue?) has risen by 12.1% so far this year, the equally inelegant MSCI United Kingdom Value Index has gained 9.5%. If we may return to Doris: was it value or growth? You should have had both. Now that’s plain to see. I know it doesn’t scan, but you get my point.

The stand out performer of the year has been Smaller Companies. This I think is the best indication of the global confidence in the post-pandemic economic recovery, especially in the United States. We will cover much more about performance next week, once the quarterly and half-yearly numbers are confirmed. The diversion, however, keeps me off my pet topic of the UK government. I do not have Matt Hancock’s phone number. You can tell, as I do not have a contract to supply the NHS. I will stop there before I dig an even deeper hole. Instead, I would like to come to one of Mr Hancock’s erstwhile colleagues, the pensions’ minister Guy Opperman. Or as his friends call him, the Parliamentary Under-Secretary of State at the Department for Work and Pensions. One wonders whether or not the world would be a fairer place if there were Over-Secretaries as well, but let us again move on.

Now Mr Opperman delivered a key note speech to an impressively well attended pow-wow on Sustainable Investment last week. That itself is a good sign; the government is aware that ‘sustainable investing’ exists, and has a more than decent grasp of its importance. I do though take issue with one important aspect of Mr Opperman’s address: that of the dilemma posed by engagement or disposal. The minister is strongly in favour of the former. Actually, very strongly in favour. He has a point: an investor’s power of lobby is undoubtedly diminished if they are not a shareholder.

This is an issue that we have touched on before. And doubtless will again. It matters. Shareholders must also have the option of disposal. This is not because it is necessarily wrong to hold shares in companies that pollute, but because the investors must be free to decide whether these are good or bad financial investments. This is an issue that I think markets are only just starting to grapple with: how should investors – all investors – prioritize financial and non-financial objectives? Should investors be locked into companies with which they have engaged, probably on environmental or carbon grounds, even if this means holding onto a badly performing share?

The argument is moving on apace. I would argue, for example, that it is no longer valid to criticise divestment on the basis that this means selling the shares to someone else less bothered by the environment, carbon, or ESG. How can one tell? It is equally possible that the shares would be bought by an investor that is even more engaged and seeking even greater leverage with the company. The markets will sort this out, probably quickly and efficiently. The private sector has the key role in achieving carbon reduction. Covid has made sure of that with the damage that it has done to governments’ balance sheets.

July begins on Thursday, which means that we have the next round of US non-farm payrolls released on Friday. The market has become increasingly hopeless at guessing the rate of job creation, meaning that each new month has the potential for a shocker. Each week I seem to be saying that we are overdue a bump in a pothole. It hasn’t happened yet. Will I be pretty? Will I be rich? Here’s what she said to me.

Finally, well done to the few who knew last week’s clip from the 1983 FA Cup Final. Today, back to safe harbour with lyrics (there are double bonus points for anyone who can explain whether ‘safe harbour’ is tautology or pleonasm): “Put on my blue suede shoes”

HA804/305
All charts and data sourced from FactSet