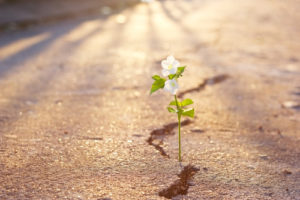 It was not at the garlic, but there was an inevitability after last week’s Innovation that I would have a space-invasion incident in Tesco. Apparently I had lingered a little too long studying the white fish options, prompting a full-on barge by a lady of a certain vintage. To her credit, she was the only one wearing a face mask.

We move swiftly on to world records. You may not remember much about Sunday 13th March 1988, but let me try to jog your memory. Kylie was so lucky, lucky, lucky, lucky to be at Number One, very unfairly keeping Joe Le Taxi down at number three. More importantly, slightly further west in Miami, 119,986 people formed the world’s longest conga.

That was possibly until this last weekend, when B&Q started to reopen its stores. The nation’s lust for sandpaper, mould-resistant sealant and ten-pounds-for-a-dozen busy lizzies is mighty impressive. Queues were stretching out of sight. Admittedly nothing will ever challenge Miami’s totally bizarre record (and congas are no longer strictly legal), but B&Q gives us a number of important messages.

At the top of the list is everyone’s desire for a piece of the old normal. Lockdown is creating catastrophic economic damage. Many businesses have taken a hard-line and literal interpretation of what is and what is not allowed: if in doubt, leave it out. That is going to change. In fact, it already has. B&Q had the headlines, but more and more businesses will start to push the envelope of what is allowed. They will continue to do so until they are forced, somehow, to stop.

They will do so because they have no choice. Despite his authoritative rhetoric on his return to Downing Street this morning, the prime minister admitted as much. Lockdown will have to be eased. Yes, it will be softly softly, but the policy, some would argue, will damage the economy and society to a far worse degree than the actual virus.

There are a small number of occasions in a career in finance when one thinks ‘something has got to change; this can’t go on’. The last time was the depths of the financial crisis, in late 2008 and into early 2009. Then it was clear that either the entire banking system was going to collapse, or else a way out would be found.

Late April 2020 is similar, but also crucially different. Lockdown cannot continue other than for a finite and relatively short period. We will all argue for decades whether it was for good or ill, but there is no doubt that the policy is the most economically damaging in history. That is necessarily something that has to change.

There will be a second wave of infections. That is certain. There may even be a third, or fourth, before a vaccine or treatment for COVID is found. The growing challenge is how to manage economies so that there is something to come back to when we are allowed out again. There is a challenging question of what is the point in locking so many people into semi-isolation if half the country’s businesses have gone bust in the meantime?

It is a ghastly cliché to say that we have to think the unthinkable. But what is the role, now and in the future, of banking in the private sector? Regulators have already enforced their own dividend policies, which raises interesting questions. Banks, though, create a much bigger problem than this. They are supposed, currently, to make plentiful and cheap finance available to individuals and businesses. The banks, though, believe we are already in a huge recession and should appropriately set aside for pending and future bad debts. It is illogical for them to embark on a flood of lending right at the start of a massive economic downturn.

There is a certain tension between the banks’ role in the private sector and the national need for them to make credit available to those who need it. Would, could, a Conservative government nationalize the banks in the national interest? There are some quite powerful arguments saying that, at the very least, banking should be the exclusive reserve of public companies.

We struck a chord last week; I think the non-returning of Charlie Drake’s boomerang elicited our largest ever response. Today we stick with a winning theme: “On the way back I cuddled with Jack and we opened a bottle of cider”. Back from where? 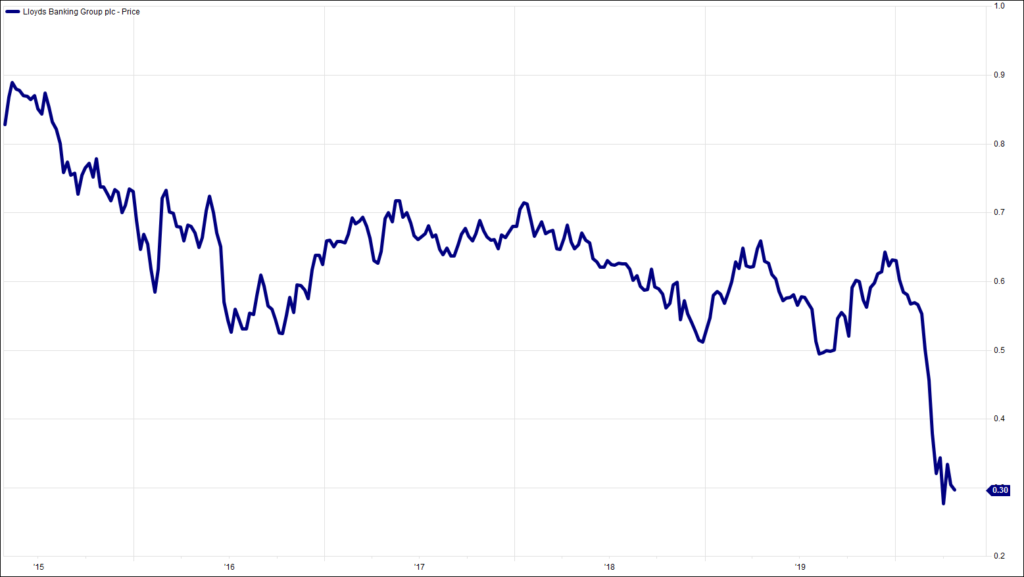 HA804/252
All charts and data sourced from FactSet