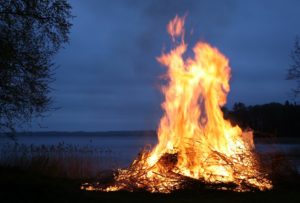 We should start November with some seasonal fun. The weekend weather was horrendous and I believe that emptying 115 bags of very well-rotted horse manure was possibly not the best exercise for my back. So how else should one brighten this Monday morning other than debating whose effigy should be on the bonfire tonight?

I suppose that many candidates for the imaginary hot seat are too obvious to even mention. There are also probably very sound legal and commercial reasons why I should not be allowed to mention Piers Morgan or Tony Blair. I will just have to be satisfied instead with picturing Adele’s entire back catalogue going up in flames. There’s no accounting for taste.

Changing the subject completely, you cannot have escaped that this is the week of the US midterm elections. All 435 seats in the House of Representatives are up for grabs, as are 35 in the Senate. Both Houses currently have Republican majorities and the world is watching to see if the usual midterm anti-incumbent protest results in a clipping of Trump’s wings.

The Senate is the less interesting. 26 of the 35 seats are currently Democrat, meaning that they would need to win four of the nine Republican seats if they are to gain a majority. That is most unlikely.

The House of Representatives is a different kettle of fish. With all seats being contested, both parties are starting at zero. History suggests a decent swing to the party that does not have the president and the polls are currently around 1/2-on for a Democrat win.

But, as they say, you should hold onto your horses. There is good reason why Bill Clinton’s successful 1992 campaign begat the adage “it’s the economy, stupid”. The American economy is in good shape, exactly as Mr Trump said it would be. The reason, of course, is him.

Last Friday’s US employment data showed the creation of another quarter of a million jobs, unemployment at a 40 year low of 3.7% and wages growing at over 3%. It is quite tricky to argue against that. There is a long history of voters voting with their pockets and there is little doubt that for very many, Trump is coming up with the goods. He is also someone that the world has learned to underestimate at its own peril. Tuesday’s result is going to be close.

The markets’ response to the US data was oddly ambivalent. When presented with a similar set of data in February, near panic ensued. It may be important that February’s reaction came after a rip-roaring performance by the S&P 500 in January; in contrast, Friday’s release came after a pretty smelly October.

It may also be that markets have moved on. The Fed has made it clear that it expects the cost of borrowing to be above its neutral rate by the end of 2020. As Denis Healey so memorably said of debating with Geoffrey Howe, this is “like being savaged by a dead sheep”. The Fed’s neutral interest rate is 3%, the current rate is 2.25%. It is thus expecting to have to raise another full point over the next two years. If that is as scary as the economic cycle gets, it carries a 12A certificate.

The markets are more concerned by the profits cycle. What happens when the one-off effects of Trump’s tax cuts run out? What is the achievable rate of growth in a world of trade wars, with an American president intent on rolling back 70 years of globalization? What is the impact of Brexit on both UK and European businesses? How will Trump’s demonization of Iran affect the oil price? How badly is China struggling? Will the world tax technology companies?

The list of issues is long and well known. None is in itself sufficient to have a significant impact on global financial markets. Taken together, however, they are a force to rival the positivity coming from the United States.

These are genuinely uncertain times. The usual stock market reaction to a split Congress would not be good. This week may not follow suit. A Democrat House could arguably rein back Trump’s freedom to pursue his presidential dictatorship. It could also stiffen his resolve to do what he thinks is right regardless of convention, constitution or law. Financial markets frequently conduct themselves irrespective of politics. Not now.

Congratulations to the scrabblers who knew the theoretically highest scoring word. Today, whose relations with Europe were memorably once likened to sending opening batsmen to the crease with bats broken by the team captain? And for a bonus, what was the occasion of the comment?