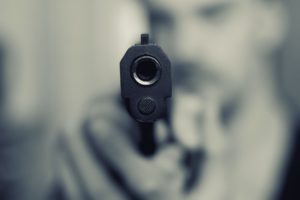 Dylanophiles will be familiar with the warning that ‘he that gets hurt will be he who has stalled’. It is a convenient coincidence that Comcast’s decision to part with the thick end of $40bn to buy Sky comes on the same weekend as the finale of The Bodyguard. I will try to explain.

Old fogeys such as me are attuned to televisual events happening according to a pre-arranged schedule. We used to buy the Radio Times. We may even have known someone who bought TV Times. Television happened according to timetable. Then came the video recorder. And Sky Plus. And so on.

In late 2018, the timing of the initial broadcast of the said episode of The Bodyguard is merely a warning that one cannot mention what happened for fear of upsetting the swathes of the population that have not yet seen it. I possibly should add that I fall into a third camp, of those that have neither seen it nor care.

Nonetheless, The Bodyguard is a wonderful illustration of the brave new world of media. It is this that has persuaded Comcast to pay what appears to be a fantastic amount of money for Sky’s subscriber base. Today’s and tomorrow’s consumers of media content want to watch and listen at times of their choosing, on demand. We (I use ‘we’ to pretend that this includes me) want to feel in control. We have smart things that connect to Amazon and Netflix; soon it will be Comcast too.

The time will come when I will be able to watch The Bodyguard on my smart reading glasses, without anyone else knowing. The plasticky bits on my ears will double up as speakers. Just think of the power: to be able to watch the entire back catalogue of the Phil Silvers Show in whichever office meeting you choose.

This is the market for which broadcasters are striving. And dinosaurs like me have to understand that it is very very valuable. We have to admit that the waters around us have grown and that we had better start swimming or we’ll sink like a stone.

A degree of discrimination however is de rigeur. Let me give two anecdotes from Exeter last week. First, the Apple store set up its usual crowd control channels with added Security for the launch of the new telephone and, I believe, new watch. The problem is that no-one came.

Compare and contrast with the opening of Bargain Buys. Not quite echoing The Kinks’ history of the local Palais, Bargain Buys is in the site that used to be Poundworld, and BHS before that. The queues were reportedly around the block.

This resounds with the reports that the queue for the opening of Jack’s in Chatteris started at 3am. Yes, we want to watch middle class political drama with a camel’s milk skinny cappuccino after dropping off the children, but little arouses the UK’s retail lust like the chance to buy a packet of Nice biscuits for 30p. In this ever changing world in which we’re living, it is reassuring that some things are staying soundly the same.

Let us, as ever, come onto Brexit and politics. In our view we are seeing a game of brinkmanship being played out in public. The time when decisions have to be made is getting closer (until it is moved again) and both sides are starting to sound more serious about the whole shooting match. The bombast and threats are going to get louder over the next few weeks.

And so we come to the Labour Party. And hats off to them, they are being very clever. First, the subordination of a decision on a second referendum to the party membership is a really neat move. The leadership gets the commitment to a second vote that it wants without appearing to ‘go against the will of the people’.

And congratulations to them for the publicity they have this morning for the workers’ 10% share ownership proposal. It may be a plan with more holes than a teenager’s jeans, but it has the headlines and will undoubtedly be a vote winner.

The significance is that the UK has a minority government that is likely to find it impossible to deliver a Brexit proposal that will be supported by half its own party let alone a majority in parliament. A no confidence vote is very much on the agenda for 2019, and therefore so is a Corbyn government. And a Corbyn government will make a big difference to financial markets.

I believe I almost won last week with the addition of the official apostrophe into Land’s End. Today, back to that Kinks’ lyric: what was the ultimate fate of the site that used to be the local Palais?