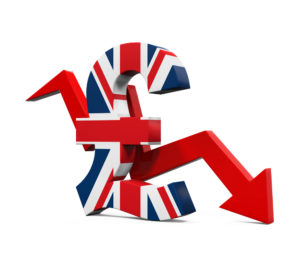 It is a long held truism that successful investment should be as dull as possible. The less eventful, the more yawn-inducing it is, the more likely that everything is going right. It is also a truism, in fact a cliché, that bad news sells. On the basis of these opening three sentences, then last week was pretty bad. It was far more exciting than is good for anyone, so let me try to reverse the normal order of things and persuade you that last week was actually far less dramatic than you may think.

The Federal Reserve Bank and the Bank of England raised interest rates. In both cases, this was no more than confirmation of what everyone knew was going to happen. The Fed, in fact, were at pains to stress that they had consciously disregarded the more aggressive possibility of an even larger increase in the cost of borrowing. There is a certain disingenuity at play here, as it was the Fed itself that first mooted the possibility of a three-quarter point rise, which then duly allowed it to portray the half point as relatively benign.

If we were being dreadfully unfair we may even quote the May 2021 report, which stated “Inflation is below our 2% target, but we expect it to rise to around the target this year”. The message is that the Bank is at least as bad as (almost) everyone else at understanding and forecasting inflation. The good news, especially for those of us who believe there is a connection between the amount of money and inflation (and I give thanks to the Institute for International Monetary Research for being a consistent and invaluable source of reason and sanity here), is that the rate of growth of money here in the UK, in the United States, and in Europe has already slowed markedly and will continue to do so as interest rates rise further and stockpiles of Quantitative Easing are run down.

So, all else being equal, inflation rates will fall in probably 12 to 18 months’ time. Unfortunately the road from here to there is going to be bumpy. On Wednesday this week, we get to see the latest calculation of US inflation. As is habitual, the ‘consensus’ is that the headline rate will fall, this time from 8.5% to 8.1%. It may very well do so, but we should not assume that this is the peak. The niceties of the annual calculations mean that the peak rate may well not occur until the autumn (meaning that inflation was quite placid last summer, making the year-on-year calculations look rather nasty).

Another message of last week, is that bumpiness is a part of 2022 markets that we need to get used to. Over the course of the week, the S&P 500 Index traded in a range that varied by around 5.5% from peak to trough. The optical trauma, though, was that most of this range was seen in the course of a single day. That begets headlines declaring that the S&P “has had its worst day since…”. Indeed; although the other, less sensational, way of describing it would be to say that the S&P fell by less than 1% last week.

Many of our readers will doubtless have shared the horror of putting diesel (aka liquid gold) into the tank sometime last week. This might not be done entirely to penalize the tourists, but the price on the Cornwall side of the Tamar is now over 180p per litre. Why is this, we ask, when the price of oil is well off its peak? The answer, of course, is that the pound is collapsing against the dollar. To be fair, almost every currency is doing the same. This does not help the feeling of nausea on Tesco’s

forecourt, but it does an awful lot to help the value of the US dollar assets in our portfolios. Currency moves of this magnitude, in the normal non-Brexit course of events, are quite rare, but the pound has fallen by the best part of 10% against the dollar since the turn of the year. That goes a long way to mitigating the 13.5% fall in the S&P Index and puts a definite smile on the face of the 2% rise in the price of gold. For the sake of fairness and balance (neither of which this column is known for) the pound is almost unchanged against the euro so far this year, though last week’s dip has just taken it into negative territory.

Finally, well done to everyone who knew Stevie Wonder’s ‘As’. On a similarly cheery, but possibly sickly note: “stay with me while we grow old and we will live each day in springtime”. Whose timeless little warble was this?

FPC292
All charts and data sourced from FactSet