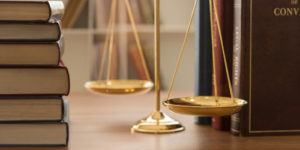 After the Spring Statement last week, there is only one place to start my ramble. But at least it is an interesting place from which to begin.

While the main theme of the Statement was obviously to help with the rising cost of living, for me the speech shone a light on how the onus will surely shift to the private sector and individuals for both saving and investment. This places both opportunity and responsibility at the feet of our industry.

I know the Autumn Budget is the big one (and quite rightly so – Springing surprises at the last minute makes planning for households and businesses difficult). But the circularity of some of the biggest ‘giveaways’, and the indeterminate nature of other promises, highlighted how little flexibility the Chancellor has.

Let’s take fuel duty first. It is charged per litre, so a 5p concession sounds like a material fiscal stimulus. But the £5bn this should ‘raise’ is actually overshadowed by the extra VAT due. Pump prices have risen by about 40p in the last 12 months, or 35p if one adjusts for the 5p giveaway. That represents a c.60% increase in the pre-fuel duty price. Add the VAT on that part to the VAT on the fuel duty itself (yes, they do charge on that too!) and we end up with a net benefit of around 2p a litre to the Exchequer. That’s even if the 5p saving is taken off the prevailing pump price. In terms of the actual pounds and pence difference, there will be a substitution effect away from cars as people start walking or cycling, but at the same time there could be more commuters on the road as offices reopen.

Another big giveaway was a move to raise the threshold at which National Insurance begins to be paid. That’s marketed as a £330 boost for most workers, but one shouldn’t forget that the health and social care levy has increased the rate at which contributions are made. The calculations required to get to the net effect are more complex, but you get my drift. It’s a similar story with the pledge for more R&D support for businesses, which will come further down the line and at a time when corporation tax is rising. Even the ‘rabbit out of the hat’ – to reduce basic rate income tax to 19p in the pound – had no set timeframe attached.

Talking about politics is always a bit of a tightrope, so at this juncture I should say I’m not taking sides. The fact of the matter is that after stomaching the financial crisis and Covid pandemic, the UK’s annual debt servicing costs have increased to £83bn. That’s more than the entire education budget, and the cost of issuing new debt is rising. The Chancellor’s hands are very clearly tied. We’re not quite at the levels of 2010’s ‘there’s no money left’ note. But still, the issues are clear. There are now worrying questions over the affordability of, in no particular order:

One possible solution could involve following the Italians in introducing windfall taxes on oil and gas companies. This should rake in around €4.4bn to their coffers, despite the tax being applied to just a short period. Prices over $100 a barrel mean the sector now represents a piñata that has swelled to the point of bursting. Taking a few swings at it has proven irresistible for Italy when families are not sure how they can feed their children and also have the heating on.

Shell has committed to the UK by stepping back from its dual listed structure, and the Chancellor has elected not to slip an extra tax bill into the greetings card. That leaves it with even more cash available, and it’ll be interesting to see if the balance between increasing the dividend, buying back stock and investment (particularly into new, green technologies) changes. There could even be M&A, which could present a riskier strategy. Time will tell.

Anyway, I digress. The key point I am stressing is that with the government likely to be tied up servicing debt costs for years to come, the role of the private sector becomes crucial.

Corporate investment (in particular towards driving efficiency in industry – an area I would expect the government wishes it could do more on given the UK’s productivity data) is clearly important. But there will also be an increased need for the individual to save and invest, in order to take greater ownership of their financial futures.

For example, the triple lock on the state pension was never sustainable, and has now cracked. I would expect private pensions to pick up the pieces. We’ve already had the big bang of auto-enrolment, which shifts the burden of saving for retirement on to both private employers and workers. This should deliver meaningful results for younger generations, and has the extra benefit of increasing engagement with financial markets. This is a major positive for society. Over the long term, markets have the ability to create enormous wealth.

The stock market is democratic and open to all. Anyone can buy a share or fund. However, that is both a blessing and a curse. I can’t say I enjoy impressionable millennials being bombarded with flashy ads for zero commission stock trading and being pushed towards the unregulated world of cryptocurrency.

This makes responsible marketing and careful stewardship all the more important. Amid all the noise, our asset allocation and investment selection processes will remain robust and considered. We aim to be a trusted partner through which to navigate all parts of the market cycle.

Well done to anyone who knew Ethiopia is known as the ‘water tower of Africa’. This week – a slightly different task. Can you rank these five budgetary areas from highest to lowest spend? Health and social care, the state pension, debt interest, education, and defence. 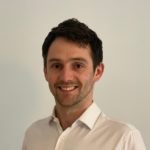 FPC171
All charts and data sourced from FactSet