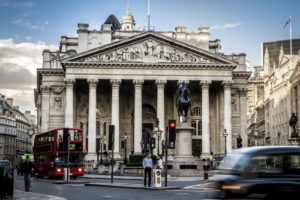 Of all the descriptions that might be applied to an economist, ‘maverick’ has to be amongst the last that spring to mind. Nonetheless, Andy Haldane, the estimable Chief Economist of the Bank of England has been awarded the James Garner-esque moniker of ‘Maverick’. With all deference to an economist of such undoubted pedigree, I am struggling to see the maverick in anyone who has spent their entire working career of 32 years at the Bank of England.

Mr Haldane, though, is due to leave the Old Lady at the end of this month. In a burst of independence, at the last meeting of the Monetary Policy Committee in early May, he voted against the rest of the Committee, including Andrew Bailey, or ‘the boss’. Such daring presumably comes from knowing that one already has a foot in greener pastures. Mr Haldane’s new-found maverick, however, comes from a belief that inflation might be a bit more of an issue than it was before and maybe the Bank should just tip its hat to that. Goodness me, how revolutionary.

This Thursday, when we see the latest missives from the Monetary Policy Committee, doubtless we shall see a repeat performance of such reckless deviation from the central agreed message that inflation will not be a problem; and that even if it were, then the Central Banks will head it off at the pass. There is a certain stretching of logic here. The Federal Reserve Bank, as you will remember, last year adopted a new mandate of achieving an average inflation rate of 2%, rather than specifically targeting 2% itself as the ideal outcome. Having spent the bulk of the past decade below 2%, this rather suggests that a prolonged period of higher price rises is intended and that the Fed has every intention of stoking price rises. So not heading it off at the pass at all; in fact, providing it with water, fresh horses and a wagon of fresh ammo.

Markets, in the least illuminating description you will read all week, are fickle. Last week the Federal Open Markets Committee was reckless enough to say that in the face of a booming American economy, an inflation rate of 5% and the largest planned government investment since Roosevelt, it may, at some stage, have to rein back on its promise to print an infinite amount of dollars. Maybe. Assuming there is nothing good on television at the time.

One might have thought that this was as illuminating as pointing out there is a ‘y’ in the day and that the Earth turns left to right. That, though, is to ignore fickleness. The reaction was delayed, but markets finished last week in a right two and eight. Bond yields fell, as did equities and commodities. The US dollar soared. The mantra was that the Fed was going to tighten and this wimpish inflation dragon would be slayed before it had even cracked its egg.

To continue my use of Cockney this week, as we argued only a couple of weeks ago, nobody has a blind Scooby. Markets are bored and are over-reacting to non-news. Investors know the choices for the rest of the year: vaccine-based recovery, occasional mishaps and the perpetual debate over inflation. They need a new toy.

The G7 spectacularly failed on that front. It was always likely to, even though we may have harboured hopes that greater tangible commitments would have been made to carbon-reduction programmes. The can has been deliberately kicked into the court of this autumn’s COP26, but it is hardly being built up to be the watershed that is needed.

The American private equity firm CD&R has given a little excitement this morning by admitting its ambition to buy WM Morrison. The stalwart of the UK’s supermarkets has been a fairly miserable investment for most of the last decade. It is likely that CD&R’s plans will involve something quite radically different, or else the bid makes no sense at all. ‘Quite different’ almost certainly involves things that will be painful and unpopular. Shareholders have little to thank Morrisons for, but CD&R may not be the best answer to the problem. Whilst we watch with interest, we wish Andy Haldane all the best in his new role as chief executive of the Royal Society for the Arts.

Finally, well done to those who knew Richie Benaud’s commentary of Ian Botham from Headingly in 1981. A final commentary to be identified this week: “And Smith must score…”

HA804/304
All charts and data sourced from FactSet