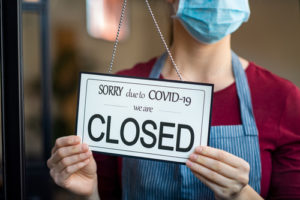 My citing of 1966 last week was fortuitous. Today we have had the hat-trick of Monday vaccine stories with the news that the Oxford University – AstraZeneca project has produced very promising results. It now genuinely looks as if there is a credible way forwards from COVID-19, and we have not even needed the help of a Russian linesman. As Lynn Anderson sang, smile for a while and let’s be jolly.

Much of the fog has cleared from the roadmap for the next 18 months or so. When we come out of Lockdown II (The Return of the COVID), we are returning to Boris’ Three Tiers. We will be told that we have all been very naughty and must behave much better, but these will be soundbarks without a lot of bite. Shops, gyms and pubs will be open to soak up the festive spending that the economy so desperately needs. That makes sense.

Infections will almost certainly rise again, and we will go back into some form of Lockdown III (The Vaccine Strikes Back). But, and this is a but of Kardashian proportions, we will start to get mass vaccination and mass testing. The economy is going to have a rough ride over the next six months, but the second half of next year is suddenly looking much better, while 2022 has the prospect of being COVID-free.

There are a couple of hurdles we need to get over beforehand. First, someone has to sort out the logistics of vaccinating and testing the entire population (give or take) of the UK. That is a decent challenge given past form. And, and this is an and of Andean proportions, Rishi Sunak has got to keep bailing out the economy until it is back on a sustainable level. We will find out on Wednesday how he intends to go about this and how he is responding to the ever-shifting goalposts. Instead of being in an ongoing muddle through in the hope that something unexpectedly good crops up, Sunak now has a definable timescale and exit strategy. Keep us afloat until the vaccines and testing have done the trick. In fairness to the Chancellor, most of the evidence of the past nine months suggests that he understands this and will do what is necessary.

There is though always the outstanding question of ‘who is going to pay for all this?’ This is a tough one. No one knows. The national debt is now over £2 trillion, and will be substantially – maybe another £500bn – higher next year. There is surely no point in trying to pay this off – it is simply too large. It would take a hundred years of annual budget surpluses of £10bn to pay off even half of this. Which is where Andrew Bailey and the Bank of England step in. With a national debt the size of a small planet, it is rather important that the interest payments on this stay as close to zero as possible. That way, the government can borrow direct from the Bank, pay next to nothing in interest, and when it comes to redemption, it need only ask to borrow the same amount again. At zero interest. And that’s, as a famous north-eastern entertainer used to say, magic. All that is needed in addition is another series of soundbarks to show that the government is prudent, a safe and responsible pair of hands on the strings of the public purse. Maybe even a mooted public sector pay freeze.

We finish this week with an ESG dilemma. Imagine, if you will, a major British company that finds that the head of its UK division has been accused of bullying. In fact, the Chief Operating Officer has resigned and sued for constructive dismissal. The Chief Executive rightly launches an internal enquiry, chaired by an external consultant, which duly finds that the said UK Director had indeed breached the company’s code of conduct, which was displayed on the company’s website. The Chief Executive decides to ignore or disagree with the findings of the report, and gives the Director a full vote of confidence. The consultants then duly resign from any further dealings with the company. How should we, as responsible and sustainable investors, treat this situation? Should the company be excluded from our portfolios?

It is a tough one. The opposition of investors to bullying in the work place has two bases. First, bullying is simply wrong. Second, it is core to the ‘G’ element of ESG, that a work place that tolerates bullying will not, over time, achieve the best financial results. I stress that we have absolutely no evidence to suggest whether or not the home secretary did or did not breach the Ministerial Code and I am not implying a judgement either way. My point is that ESG issues can frequently be very complex and dependent upon personal judgements. To answer my own question though: if Boris had sacked, or firmly rebuked, the home secretary, it would have put a big tick in the ‘demonstrably does not tolerate bullying’ box. As it is, this would not be enough to put the company on an ESG banned list, but it would be enough to drop it down the pecking order.

Finally, well done to those who spotted last week’s references to The Real Thing. Today our first Christmas question: Dominic Cummings has reportedly failed to reply to an invitation to perform what festive jolly?

HA804/280
All charts and data sourced from FactSet