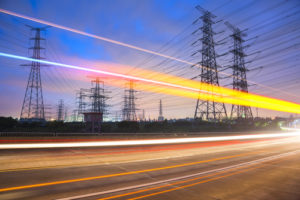 Do you hear the people sing?

Ever since the 1926 Electricity (Supply) Act, Great Britain has distributed electricity via a single connected grid spanning the nation: a vast network of equipment and cables for virtually all producers and consumers to utilize. Crucially, for the first time, voltage and frequency were standardized for all stakeholders.

This infrastructure and harmonization meant power could be distributed further than just the local circuit of an industrial city’s power plant. The number of electricity users in the UK rose from a mere 850,000 in 1920 to 10 million by 1938 (source: BEIS). Pooling our energy came with the added benefit of a collective safety net: plants in South Wales compensated lost power from Battersea and Fulham power stations during the Blitz, for example. As capacity and demand grew, so too did the power stations, which in turn led to more competition, economies of scale, and cheaper prices for consumers: between 1921 and privatization in 1990, inflation-adjusted electricity prices fell by almost 80% (source: BEIS).

Yet as we approach the grid’s centenary, the sprint to decarbonize changes things. A move away from fossil fuels as the primary source of power for heating and transport necessitates a dramatic increase in electricity supply: National Grid PLC has calculated that electric vehicles alone will require an additional 30% extra capacity (Chart 1) – and no one is sure who should foot the bill for the additional infrastructure required.

More importantly, the unstoppable rise of renewable sources of electricity (Chart 2) means that sources of power exist on a much smaller scale – even to the size of a rooftop solar panel. In its Future Energy Scenarios report, National Grid estimates that up to 65% of generation could be local by 2050. The era and logic of national-scale power plants is giving way to the local.

The democratization of energy

If the challenge one hundred years ago was to enable all parts of the country to consume electricity, the new challenge today is integrating an exponentially growing base of producers. The dividing line between energy consumers and producers is blurring. Marks & Spencer, for example, owns one of the largest solar rooftop plants in the UK. Over 800,000 households in the UK now have rooftop solar panels too (Source: Solar Trade Assoc.).

Yet the national grid was built with mega power stations in mind. The grid’s substations and transmission cables are designed to transmit vast quantities of power, not smaller-scale, intermittent trickles. Localization is a huge engineering challenge, not least because national and regional voltage and frequency standards must still apply. Exeter City Futures, which campaigns for Exeter’s energy independence, argues that the grid is a critical technical constraint that impedes the viability of projects across the region – and that moving past this barrier is essential if the regional energy industry is to thrive (Source: Energy Independence 2025 report).

The decentralization of power also means consumption is taking place closer to production: factories powered by solar panelled roofs may question if they really need the grid (and its inherently costly maintenance bills) at all.

Overall, decentralization necessarily makes the grid far more difficult to manage. The grid only works when supply and demand are in harmony. Not only is that balancing act more complicated with more sources of possible power input, but also renewable power generation is far less easy to predict. A change in wind force or cloud cover could make the difference for the lights turning on. The challenge is linking this increasingly complex supply and demand chain together such that it works for all stakeholders. 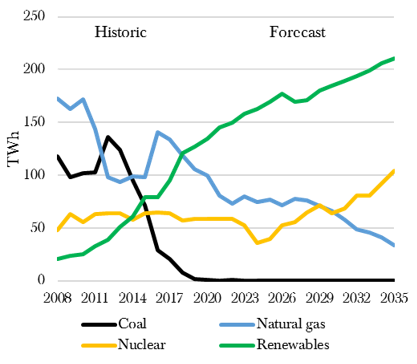 One solution to these challenges is a far greater use and reliance on data. The UK government has a target of installing smart meters in 50 million homes and businesses by the end of 2020, which will vastly increase the volume and quality of data available to the network operators. Real time readings from every single property will be invaluable for those forecasting reserves and balancing the grid.

The intermittency of renewable power means it naturally walks hand-in-hand with energy storage – and energy storage takes us into the realm of electric vehicles. Fortuitously, we will soon have millions of advanced batteries parked on the nation’s driveways. An energy supply chain with direct vehicle-to-grid connections would allow the national grid to ‘borrow’ energy stored in electric vehicles, depending on demand. Equally, a more intelligent grid would enable and incentivize vehicle charging at off-peak times, which in turn lowers the industry’s overall peak capacity requirement.

Another example is ASDA, which last year announced it would use the fridges in 300+ stores and 18 distribution centres to act as a virtual battery pack for the national grid. Its network of fridges and freezers make up a 13MW power source, enough to power 8,500 homes, which can be called upon with as little as 10 minutes notice. The common theme here is that a smarter grid must facilitate greater flexibility of demand from power users because of a far more variable output from the producers.

The future for National Grid PLC

National Grid PLC performs three core roles: it owns and maintains pylons and cables, it owns interconnectors to import power from overseas, and it runs the system that makes the grid work. In short, it enjoys a monopoly on the UK’s most important pieces of power infrastructure. It therefore will always be at the behest of regulatory and political dispute, whether in Labour’s renationalization crosshairs or Parliamentary calls for it to be broken up.

The mood music took a turn for the better more recently. First, National Grid agreed that the system operator would be a separate legal entity within the group with distinct employees, directors and offices in an attempt to calm concerns of conflicts of interest. Second, the decisive Conservative general election victory in December 2019 has kicked renationalization prospects into the long grass. Investors in National Grid should be aware, however, that a regulatory cloud will always threaten to rebuild.

The grid stands on the brink of monumental change. There are immense technical challenges. Equally, in addition to the maintenance of the physical infrastructure, there is a larger role for technology and data in ensuring network stability in a vastly more complicated energy supply chain. Ironically, decentralization of production most likely strengthens the need for a central repository for data collection and nationwide balancing of supply, demand and stored reserves.

While local power might in theory offer the potential to ‘go it alone’, we suspect the intermittency of renewables means it will always be worth having access to generation from a different end of the country (or indeed from imports) when needed. Further, there are still economies of scale in renewables such that larger centralized sites – such as giant offshore wind farms – still make economic sense. Yet for these options to be available, the grid’s founding premise of harmonized voltage and frequency must continue to be controlled.

August 2019 saw the first major blackout in a decade: that we hardly ever notice our electricity network (except, perhaps, when the bill arrives) is testament to its success. An overreliance on localized generation risks these blackouts becoming far more regular.

The megatrends of decarbonization, decentralization, and digitalization are unleashing profound change on our electrical infrastructure. It will necessarily evolve, but the case for a national grid, and the intrinsic value in National Grid PLC, is just as strong as ever.

Health Warning/ Disclaimer
This document should not be interpreted as investment advice for which you should consult your independent financial adviser. The information and opinions it contains have been compiled or arrived at from sources believed to be reliable at the time and are given in good faith, but no representation is made as to their accuracy, completeness or correctness. Any opinion expressed, whether in general or both on the performance of individual securities and in a wider economic context, represents the views of Hawksmoor at the time of preparation. They are subject to change. Past performance is not a guide to future performance. Hawksmoor Investment Management Limited (“Hawksmoor”) is authorised and regulated by the Financial Conduct Authority. Hawksmoor Investment Management Limited is registered in England No. 6307442 and its registered office is at 2nd Floor, Stratus House, Emperors Way, Exeter Business Park, Exeter EX1 3QS. HA3691