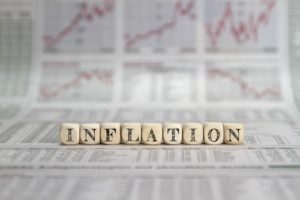 Last week was a monster. Were I wearing a hat, I would take it off to George and Ben (collectively our equity team) for their extraordinary effort in making sense of the absurd number of companies who decided to release their quarterly results in the same week. Thankfully the majority passed without major incident. The change, though, is that the minority is growing and we are, without doubt, starting to see inflation hurting.

Rising costs are a feature new to almost everyone, from analyst to chief executive. We can argue the toss over how long the current state of affairs will last, but companies the world over are having to learn to deal with increases in costs of both materials and labour. It should be a statement of the obvious, but not every business is going to be equally adept in dealing with this.

We would ordinarily think that a ‘brand’ denoted a degree of pricing power. Consumers, so the theory goes, will happily pay more for a product that comes with shiny packaging and a nice advert on the telly with some happy, smiley people. More recently, we would add sustainable credentials to the list of criteria. It is, though, possibly time for a rethink. Two of the UK’s consumer stalwarts, Unilever and Reckitt Benckiser, have commented on problems in passing on the higher costs of raw materials. Two other high quality and completely different businesses – Intertek and Smith & Nephew – have also alluded to a struggle to match their previous expectations of achievable margins.

We hear the message. There is no simple equation that says higher costs equal higher prices. There is a squeeze in margins going on everywhere and we should expect that there are going to be other nasty surprises happening before this quarterly results season is through.

Last Thursday night, we additionally saw a sharp fall in Amazon.com’s share price. The arguably less than surprising explanation was that as consumers have come out of lockdown, they have found other things to do with their spare time than to spend the saved-up holiday money on buying more clobber that they don’t need. There is a certain uncomfortable truth lurking beneath the surface here, involving the less than thrilling-sounding topics of pensions and savings. There is quite a tension between the fact that the UK, and many other countries, are staring down both barrels of a demographic and pension Purdey, and the short-term economic encouragement to spend, spend, and spend again. And if you haven’t spent enough, how about some credit cards to let you spend even more? Whereas, of course, the need is for the nation to save.

I rarely mention Warren Buffet these days. Back in the good old days, he could mix a truism with the best of them. The western world’s attitude to spending and saving is 180 degrees wrong. We save the money we don’t spend. The right way to do it is to spend the money left over once one has saved enough. The question should not be ‘how much can I save after all my expenses?’, but ‘how much can I afford to spend after all my saving?’ Of course that is never going to happen. There is a fine line between a tangent and a blind alley, and I have probably strayed the wrong side of it here.

The Federal Reserve took a step closer to tightening US monetary policy last week. That, though, is probably over-stating things. It has not yet taken a step, but it has said that it is rummaging through the cupboard to find its walking shoes. Its reasoning is that inflation is rising (has risen, a lot) and unemployment is falling. It is hard to argue against either. On Thursday we find out if the Bank of England is similarly minded. The state of the economy has probably never been more difficult to gauge and it would be a considerable surprise if the Monetary Policy Committee decided to do anything. Whatever the weather, the monetary taps will stay on.

Finally this week, well done to all those who knew Peter Kay’s advert for John Smith’s. Today, we go back to the hit parade of August 1960: “Now she’s afraid to come out of the water, And the poor little girl’s turning blue”. Why?

HA804/309
All charts and data sourced from FactSet