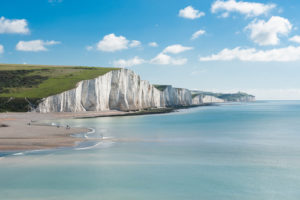 A lot of water has flowed under a lot of bridges since Innovation last took to the electronic airwaves. So this morning let me try to make a little sense of where we have all got to since I left the shores of this sceptred isle. I wonder also why spellcheck tells me that Shakespeare could not place his letters in the right order, but that there is such a word as “spellcheck”?

The world is in various phases of lockdown. We can probably divide these into three simplistic lumps. First, those that knew they had the virus the soonest and who lockeddown first (spellcheck tells me ‘lockdown’ is a noun and not a verb, but do I care?). Next, those who delayed a bit in the hope that some viruses only infect people in other countries, but who have realised that “we are all men, in our own natures frail”. Finally, we have those who are still winging it.

Accepted wisdom is that lockdown is the way to go. Only time will tell. Which is always a statement of the exceedingly obvious. But this time, time will be singing loudly before we have even got halfway through our period of introversion. The big issue is not how bad it is going to get in the US (answer – very, very bad indeed), but whether the infection rates start to rise again in China as and when their restrictions are eased.

If it looks as if isolation has done the trick and there is not a second wave of infection, then all is relatively fine. I know it is not ‘fine’, but you know what I mean. If, on the other hand, the number of cases takes off again, then we have hit the snake that takes us back to square one.

So where does that leave us markets-wise? In limbo, of course. Neither scenario is priced in. If China does not have a second wave, then the economic damage of lockdown will be limited to a quarter or three. Markets will think ‘jolly good’ and prices of equities will rise further. The prices of safe(r) havens will drop back, a bit.

On the other hand, if we see this second wave then we are heading down again. Either the lockdowns will continue for much longer than the six months or so that seems to be the accepted wisdom at the moment, or else policies will change.

The problem with extended lockdowns is that the natives will become restless. Governments cannot print GDP ad infinitum, and we will all start to become a little miffed at the economic catastrophe that will result. That would probably mean troops, tanks and martial law. That’s not a great road to go down.

We read an awful lot of predictions about things. Or perhaps that should be that we read a lot of awful predictions. We typically see that someone very clever has written that ‘such and such is very cheap as the current price discounts no revenues for one/two/three quarters’. That may very well be true, but it naturally includes a prediction of the future. Said share, or bond, may indeed be bargainous according to those assumptions, but it may equally well be bankrupt if the Scared New World is still going on this time next year.

Investment markets are flying blind. Prices will swing wildly, and some will be very astute (or appear to be so) in correctly picking the moments when sentiment swings. As ever, none of us should be fooled into complacency or despair. The key to whether this will be relatively short-lived and manageable, or a lot worse, is what happens in Wuhan.

You may not have spotted it, but I have just set you quite a challenge. Keeping on top of what is happening in China is not easy in a western world where news is dominated by domestic, or near-domestic, death rates. Readers will know well my views on the natural sensationalism of an over-mediaed society; arguably this has never been truer than now. Reinfection rates in Wuhan are, cruelly, much more important to the world than our own (and our neighbours’) daily death tolls. Most of the Asian press is available free on-line and I would urge everyone to read it.

Most of our attention is on continuing to protect our portfolios, and on how we can produce income at a time of unprecedented dividend cuts. It is impossible to avoid at least a degree of discomfort on both fronts, but both are manageable.

It is a while ago, but there are 16 cups of tea made in the course of Right Said Fred. Today, I have been gratuitously borrowing from Shakespeare in this article – but from which two of his histories? (clue: one is brilliant, the other isn’t).

Cranswick, past 5 years, weekly. Pork is in demand. 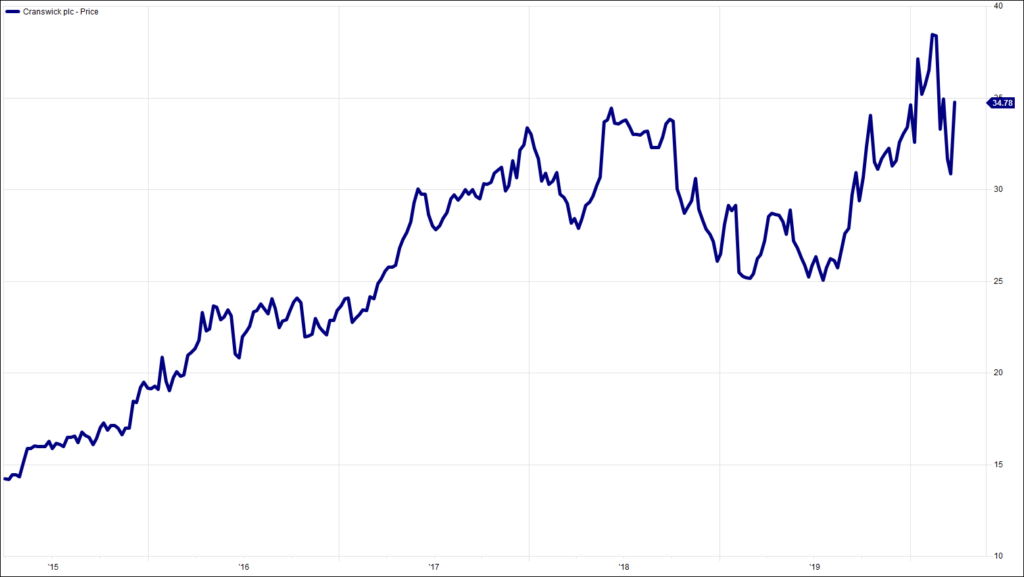 HA804/248
All charts and data sourced from FactSet