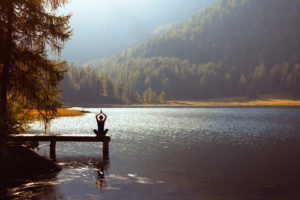 Today is the last day of the quarter. Or at least it is if you are reading this on Monday. Otherwise, welcome to the final quarter of the year. This is faintly terrifying. This is less so in terms of the speed at which mortality rushes by, but more of the mountain of newsletter and reports yet to be written. Plus, of course, this week we head out for three weeks of seminars in which we are expected to solve disease and hunger, and bring about world peace. At least we don’t have to try to explain Brexit. That would just be ridiculous.

We have said for most of this year (and probably a lot of last year too) that the get-out-jail-free card is that markets have behaved remarkably well. It is much easier to try to explain that one does have a scooby about how the world is going to look in one, three or six months’ time (that’s not quite true, as I’ll explain) when portfolios are performing decently. It would be a cause of much greater angst if markets had genuinely take fright of the trade wars, or Brexit, or Saudi and Iran, or Hong Kong and China, or the creature from the black lagoon.

Over the past three months the Hang Seng has taken a bit of a battering. Emerging Markets are also down a little bit, but generally it has been another respectable quarter. The S&P 500 Index has been broadly flat, as has the UK. Europe is up a little bit, Asia a tad weaker. Bonds have been nicely firm. Gold has been quite fun, the price of oil though has fallen around 4%. Remember all the brouhaha a couple of weeks ago, when whoever it was landed some missiles in Saudi? Weren’t we all treated to the headlines of the biggest rise in the oil price ever? It all blew over very quickly.

Mohammed bin Salman, you will have seen, is determined to talk the price of oil up again. This morning he is widely quoted as suggesting that we should expect ‘unimaginably high numbers’ if we do not unite in doing something to Iran. He has a point, of sorts. If someone really blows up Saudi’s production capability, then we are up a creek. That is a fair enough assumption, Sherlock.

Somewhere in here there is the creeping hand of Aramco. Saudi is dangling the ginormous carrot of the flotation of the world’s largest company (allegedly). This, of course, has absolutely nothing to do with FTSE Russell reversing its decision made earlier in the year to call oil stocks “non-renewable energy”. It would be quite unfair to suggest that its reversion to “Oil, Coal & Gas” has anything at all to do with the LSE’s chances of getting a piece of the Aramco action. The LSE, of course, owns FTSE Russell, which hitherto has been genuinely impressively progressive in its development of ‘green’ and ‘ESG’ indices.

But let me return to my earlier promise (threat?) to explain that there are some assumptions that can be reasonably made about the state of the world. This is an important part of the message that we are going to be giving in our roadshows.

Every investment manager should, from time to time, take stock of Donald Rumsfeld’s notorious comments about known knowns, known unknowns and unknown unknowns. They are a textbook reality check. It is true that we, nor anyone else, can do more than speculate about Brexit, or the trade wars, or what will happen in Hong Kong, or win the US presidential election. Or any other such mutable noise.

That, though, is not the end of the story. Instead, we can be reasonably confident that inflation is going to stay low-ish. Global economic growth in 2020 will be, probably, low-ish but positive. The United States will show acceptable growth. Europe will struggle a bit, but not be disastrous. Markets will fret about China, but growth will be reported to be not too bad. There will be a lot of weather and shouting about climate change, but nothing very much will happen to stop us all burning fossil fuels.

These are the pillars that underpin markets, the immutables, as it were. The noise though is also causing substantial ripples from time to time: the last quarter of 2018 we remember was a pretty uncomfortable period. Especially if one was working at a very large rival of ours and allegedly spent Christmas Day writing 10% drop letters. The noise, to mix a metaphor, will ebb and flow. What would really matter, however, would be if one of the immutables were to be seriously questioned. That is yet to happen.

A very well done to the few who spotted last week’s references to puddings. Today, what links chateaubriand and beef wellington to an apple charlotte and peach melba with frangipani? 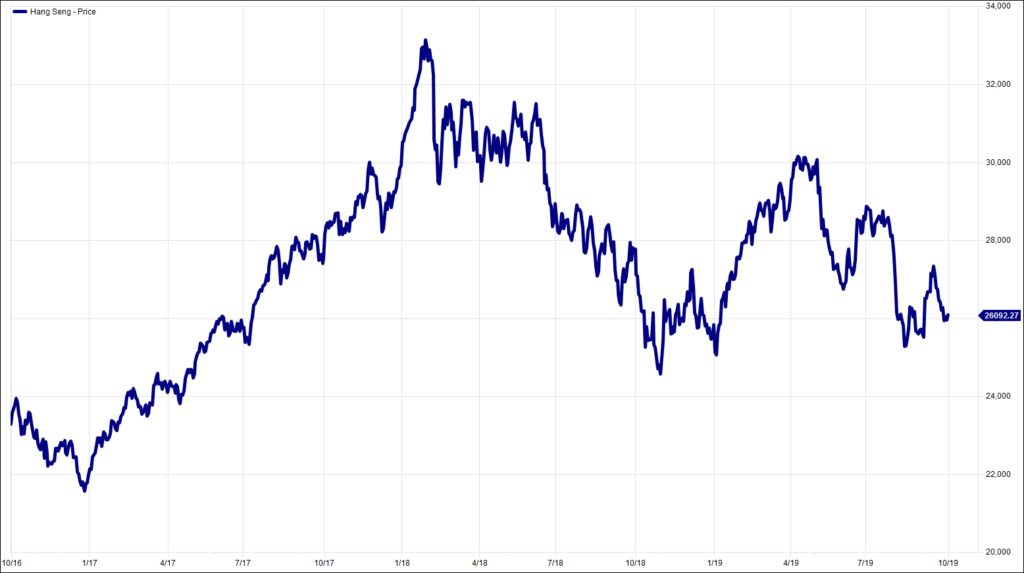 HA804/229
All charts and data sourced from FactSet