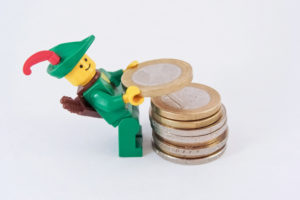 Welcome to the first ‘Funds Crescendo’ from Head of Fund Management, Ben Conway.

The excellent John Authers of Bloomberg said this morning in his daily newsletter (“Points of Return”), “It’s hard to believe this won’t become a pivotal event in the history of finance”. He was talking about the GameStop saga. Despite the media’s penchant for using hyperbole at every opportunity, I find myself agreeing. This week has been utterly gobsmacking, and its events represent, I believe, an eruption of tension that has been building ever since the Global Financial Crisis. In short, while monetary authorities globally (but mainly in the UK and the US) have been successful in helping prevent a full scale melt down of the world’s financial system, the cost has been rising wealth inequality. That this hasn’t resulted in full scale revolution is down to, many have speculated, the rising (or rather not falling) absolute standards of living for all. Inflation has been kept under control, so we haven’t seen food prices rising to levels that would prompt poorer sections of society in the West to revolt (as we did, for example, during the Arab Spring of 2011). But the rise of Trump, the increased polarisation of society across the West (which is manifest everywhere – even in the UK with the Brexit campaign), and so many other examples show that tensions have been bubbling up for over a decade.

The events of the past week have to be placed in this context. There has been a growing feeling of distaste that the very top of society – those who run huge hedge funds for example – have not only not been hurt by the recent Coronavirus-related upset to economies, but have outright benefitted. Unlike the Occupy Wall Street movement (which, like the Arab Spring, started in 2011), “ordinary” people are trying to hurt the financial elite by playing them at their own game. The irony is that they have been empowered to do this by the very same policies that rescued this elite first in 2008/09 and then again in 2020. Easy money and fiscal generosity has, in the US, resulted in almost no loss of income (the opposite in fact) – even as workers have lost jobs. Meanwhile, the advent in the US of trading platforms that offer cost-free trading (with the Robinhood app being the most famous example) have enabled millions of people to join in the fight.

The attacks have been focussed on hedge funds who have sold short certain forlorn companies – those worst hit by the pandemic. These short-sellers have become the symbol of all that a large section of society see as over-privileged and wrong with the current situation. This is far more than a bunch of insomniac bored gamers stuck at home punting stocks. This is a co-ordinated attack by people who know how options work. They know that when they buy call options, the investment banks selling them these creations have to buy the underlying stock to hedge themselves. They know that when they buy a call option, they can lose everything but they can also put up very little capital for a huge amount of upside. If enough people do this, they can create self-fulfilling prophecies, with the glorious knowledge that eventually the short-sellers might also have to buy the stock and close out their positions before their losses become existential for their firms. The tale took an incredible twist yesterday when many brokers – including the ironically named “Robinhood” app – stopped allowing these sorts of trades on the key stocks. That one of Robinhood’s largest sources of revenue is Citadel – a large hedge fund – has been a particular source of ire. This was seen to be a clear example of the elite being protected once again. It has created uproar in the US, and has even united politicians from the extreme sides of the Democrats and Republicans – who are calling for investigations. We may be at the once unthinkable situation where bringing down hedge funds (which would be a huge market destabilising event) is the vote-winning outcome for the US.

Why does this matter for Hawksmoor Fund Managers? It matters because we need to know why stocks are moving as they are – we need to know why we are not benefitting from 5,000% moves in stocks we do not own. We need to help our clients navigate this crazy world and explain to their own clients why they have advised them to own our range of multi asset funds: a range of multi-asset funds that, until 2019, was receiving awards with enviable short and long-term track records, but since the end of 2019 has achieved rather pedestrian performance compared to other strategies. Our process is extremely disciplined and valuation-focussed. While this means we refuse to embrace the frothiness that accompanies the end of bull markets (which we are most definitely seeing today) it does allow us to coldly analyse what is going on in markets with the knowledge that we are not going to pressure ourselves to profit from it – and thus not inevitably harm our clients when these speculative excesses inevitably collapse.

The current bull market is very different to those we have previously seen. It is clearly expensive – perhaps more expensive than any other in history (as we have argued many times previously). But it is also accompanied by a household sector that isn’t gambling away life-savings. Signs of speculative excess are everywhere: put call ratios, penny stock trading volumes, success of non-profitable company share prices, margin debt, and indeed the very events that have so empowered members of a social media community to potentially bring down a blue-chip hedge fund. But at the same time, the household balance sheet is in good shape. Income support policies in the US and the UK have resulted in no loss of income (in aggregate) – with income actually increasing versus pre-pandemic levels for many. With lockdowns, people can’t spend as much so savings ratios have ballooned. Thus it is dangerous to draw too strong a conclusion from increasing margin debt, when there is cash in savings accounts. Government finances (via fiscal deficits) and ballooning money supply + cheap credit (via easy monetary policies) have taken all the strain.

Thus the events of this week, while hugely significant, have not changed anything about the way we are constructing portfolios. We have witnessed companies with dire business prospects see unimaginable gains in share prices that have nothing to do with valuation or fundamentals – this should not prompt us to reassess our process. We continue to gently rotate out of global equity funds and target our equity exposure to regional funds where we can see marked undervaluation. We have topped up high conviction holdings like Oakley Capital and Phoenix Spree Deutschland. We have topped up our precious metals holdings. We have also reintroduced GCP Asset Backed Income on a 10% discount just after it reaffirmed the confidence in the income generating potential of the portfolio by raising the dividend. The internal ‘Funds Research Library’ is full of due diligence meetings this week – including a reassuring update with our largest position across the Funds, Prusik Asian Equity Income. We also spoke with fund managers of private equity, strategic bonds, technology equities, emerging market equities, ships, energy efficiency assets and many, many more.

So I hope you are somewhat reassured that we have not been ruffled by the events of this week. We are very much on top of them and we are even benefitting from them since the silver market has become a target for the revolutionistas. The portfolios remain in good shape and we are as excited as we have ever been about the relative valuation opportunities they offer vs our peer group. 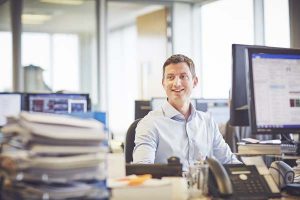 This financial promotion is issued by Hawksmoor Fund Managers which is a trading name of Hawksmoor Investment Management (“Hawksmoor”). Hawksmoor is authorised and regulated by the Financial Conduct Authority. Hawksmoor’s registered office is 2nd Floor Stratus House, Emperor Way, Exeter Business Park, Exeter, Devon EX1 3QS. Company Number: 6307442. This document does not constitute an offer or invitation to any person, nor should its content be interpreted as investment or tax advice for which you should consult your financial adviser and/or accountant. The information and opinions it contains have been compiled or arrived at from sources believed to be reliable at the time and are given in good faith, but no representation is made as to their accuracy, completeness or correctness. Any opinion expressed in this document, whether in general or both on the performance of individual securities and in a wider economic context, represents the views of Hawksmoor at the time of preparation and may be subject to change. Past performance is not a guide to future performance. The value of an investment and any income from it can fall as well as rise as a result of market and currency fluctuations. You may not get back the amount you originally invested. HA4219.