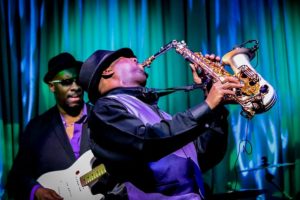 Regular readers of Innovation will know that we have a propensity to bleat on about the fragility of large things in modern life. Our most frequent target is power and the ever-increasing reliance of the world on fragile sources of electricity.

So you know where we are going at the outset this week. Last Friday evening saw the interesting coincidence of a big blow with the failures of two key domestic generators. The two were the RWE-owned gas station at Little Barford and the Orsted-owned Hornsea One offshore wind farm, off the coast of Yorkshire.

The result of the power cut was that quite a lot of homes lost their broadband and couldn’t microwave their tea for half an hour or so. And the train network crashed, meaning no one could commute back to Befordshire until the small hours.

It is an odd feature of being British in 2019 that we seemingly want to do the country down. RWE and Orsted have been blameless, whereas National Grid has apparently committed treason and should be sent to the Tower. It is bizarre.

The fragility here is with Network Rail, not National Grid. The issue is that so much disruption can be caused by a forty minute loss of power. The country’s belated dash to electrify conveys the impression of a lack of planning and execution. Remember it is only a fortnight since the trains stopped because the weather was too hot for the cables, which had forty degree droop. Now we learn that something as mundane as turning the power off and on again has a recovery time of hours.

I am being simplistic and unfair, of course. The management of a network as complex as a railway requires only minimal disruption to throw everything out of kilter. We have to look no further than the hours of delays on the M5 at Taunton caused by someone braking too hard at Cribbs Causeway to understand how easy it is to discombobulate our over-crowded infrastructure.

The point remains, though, that the electrification of the rail network will make it more fragile and more prone to disruption. Yes, it means that the trains can be powered by renewables rather than dirty diesel, which is a good thing, but they are also going be offline rather more often.

The Labour Party is naturally saying that the answer is to nationalize everything. Stop paying dividends to the dastardly shareholders and invest in the country. Let’s make Britain great again. Or was that the Conservatives who said that? It is so difficult to tell the difference at the moment. Boris’s dash to splash the cash is straight from the Labour Party textbooks.

America wants a trade deal with us. Really? Well knock me down with a chamois leather. Of course we can have a trade deal. Except that there is no ‘deal’ involved. We can have the trade arrangement America wants, as quick as we want it. But let’s not get too side-tracked by the chlorinated chickens again.

We save our clucking for Burford Capital. What fun this is. Except that it is not. It is extremely painful for those invested in the accused financer of litigation.

We do not pretend to understand the niceties of the indecipherable accounting of litigation finance. Anything quite as arcane as this, however, is vulnerable, fragile even. Muddy Waters’ attack last week hit a bull’s eye. Burford has responded with a tirade against the evils of short selling. And this is where we feel that we do have something of value to say.

Short selling is an integral part of the market. It is wholly right that investors should have the opportunity to expose and profit from over-valued assets. If the short seller is wrong, the price of the asset will revert to where it should be. No harm done. Burford’s board also clearly believes this, having bought £3m worth of shares during the rout on Thursday and Friday.

Burford Capital has though mostly been in the spotlight because it has long been a favourite of Mssrs. Woodford and Barnett. It has also been, until Thursday, a hugely successful investment. Star fund managers have never been more in the spotlight. If Muddy Waters’ arguments have legs, this one is not going to blow over quickly. If they are wrong, well done Burford.

The usual well done to the regulars who knew last week’s reference to The Little River Band. Today, ornithology: what two features are especially unusual about the bearded tit? 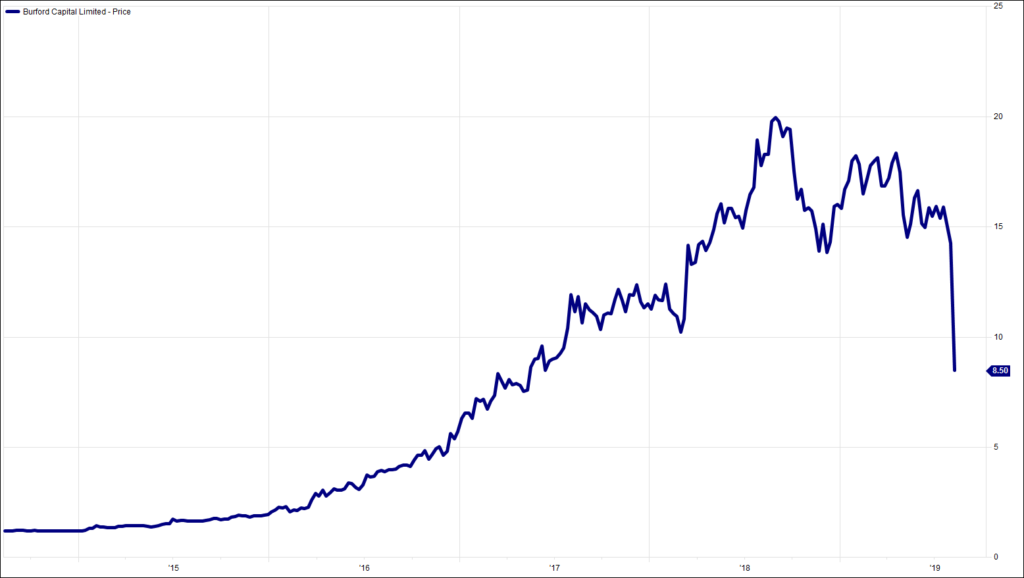 HA804/223
All charts and data sourced from FactSet