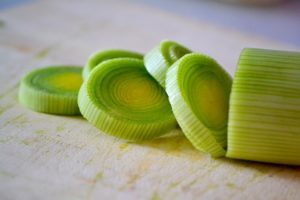 It is the time of year when we again set our motors running and head out on the highway. Sort of. These days we are terribly 2018, eschewing the Mustang V8 and road trippin’ in a rented Toyota hybrid. As Ian frequently tells me, if you’re not living on the edge you’re taking up too much room.

We start our regular October round of seminars this week, explaining why markets are playing out exactly as we expected. (You may apply your own judgement as to how much irony the previous sentence contains). All our professional readers should have had an invitation to the roadshows, but please let Jill know as soon as possible if something has gone awry and you would like to come to listen to us in the flesh. We have seminars this week in Taunton, Exeter, Plymouth and Truro. Next week we are in Bournemouth, Bath and London.

The preparation of a presentation on investment matters almost always pre-empts something that undermines your argument. In this round of talks, we are having a deep dive into Brexit. The plan is to explain why each possible outcome affects markets, sectors and stocks in profoundly different ways, and also to look at the best ways of managing portfolios through this minefield.

It is therefore inevitable that over the next couple of weeks there will be dramatic news from Europe. And so over the weekend Jean-Claude Junker has said that negotiations have become more positive. That though is really not much help, as we have no idea which side is giving in on which issue. And that matters a lot.

The Conservatives managed to get through the Conference last week remarkably unscathed. Boris’s mincing through a cornfield was probably as antagonistic as it got. I am though struggling to understand the logic of their proposed new immigration system, restricting job opportunities to the skilled and well paid. The trouble with this was nicely expressed by a south west hotelier on Radio Devon last week: he said, with lovely understatement, that he may have problems paying his chambermaids the minimum immigrant salary of £30,000 per annum. The problem with local workers, he said, was that they wanted to be paid a lot of money to work nine to five looking at a computer screen. Changing someone’s bedding at seven thirty in the morning is not on people’s desired job description.

We thus have a proposed policy that will create shortages and upwards wage pressures at the bottom end of the labour market. Again, that matters. It will hurt the leisure and hospitality industries in particular. As it will much of the food industry.

As much as we all want to support local growers supplying local shops (and Tesco, when it comes to it), someone has to pick it all. It is lowly paid, hard graft. If we lose a supply of labour to do all these jobs, either prices are going to have rise (probably a lot), or else we shall have to source elsewhere. So fewer leeks from the Lincolnshire Wolds and more imported from Indonesia (which is, so I have learned, the world’s top leek producer. The UK ranks a lowly thirteenth. Source: IndexBox, Leeks and Other Alliaceous Vegetables, Market Analysis, Forecast, Size, Trends and Insights).

The challenges of the post-Brexit supply of alliaceous vegetables is arguably more interesting than bond yields, which is surely what most self-respecting stock market newsletters will be talking about this morning. Doubtless they will say that American bond yields rose last week after some strong economic data and that might, at last, unsettle equity markets. But then, they may say, the non-farm payrolls on Friday were much lower than everyone thought and so no-one is quite as sure as they were on Wednesday. I need not repeat it here then.

Indeed not. Our buttons are much more firmly pressed by the BBC’s admirable environmental culture and its lead story today on the latest report from the Intergovernmental Panel on Climate Change. This esteemed body is arguing that if the world is to meet climate change targets, and thus avoid the flooding of most places where we like to go on holiday, we are going to have to stop going there on holiday. And driving vehicles with combustion engines. And eating Indonesian leeks. This all actually matters a very great deal more than whether the Federal Reserve will raise American interest rates three times or four next year. Sustainability will, you will have guessed, feature prominently in our roadshows.

It seems last week’s conundrum was knot too much of a problem. Today, other than thirteen what links eleven plus two with twelve plus one?