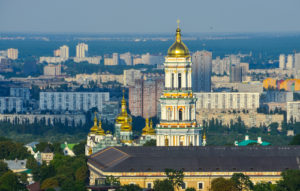 Doubtless you will have spotted that there is a common theme across most of the anxieties: “what will happen to the price of…?” The key issues for financial markets are inflation, and what the response of Central Banks and governments will be. On December 1st last year, it was possible to buy a barrel of Brent crude oil and have change from US$70. A fraction over three months later, the same barrel costs the thick end of US$120. That hurts on two levels. First, inflation, which is already at a 40 year high across much of the world, is going even higher. Secondly, and equally obvious, anyone needing to use oil has a problem. The same is true of aluminium, of nickel, of lead, of cobalt, of copper, of wheat, of corn. And of almost everything that one might mention.

The missing part of the equation is the longevity. How long will prices of commodities stay at these levels? If Putin continues his desperate invasion across the whole of Ukraine, it may take a painfully long time before prices stabilize. Even then, the brutality of his tactics has provoked a response from the West that will be very hard to unwind whilst he is in power. He has set up Russia as a global pariah from which there is no way back without a change of regime. Its stock markets are closed, its exports are toxic.

The weekend reports that the United States is considering halting its purchases of Russian oil are a huge escalation. The States would almost certainly need Europe to do the same, in order to exert maximum effect, which would be, to resort to a cliché, a game-changer. That would signal that there would be effectively no limit to the economic pain felt by the West in order to bankrupt Russia. It would be genuine economic war. Lights out, black outs and recession would be the cost of attempting to oust Putin. As an obvious understatement, it is not a good path to be on; it is a battle that one hopes Putin realises he would lose.

There are more appealing scenarios, which are equally plausible, and which typically lean heavily on China. If there is one person, other than Putin, to draw this to a swifter and less painful conclusion, it is President Xi. Official commentary from China turned starkly anti-Russian towards the middle of last week, and it has to be in China’s interests to have a degree of normality return to capital markets. It also cannot be in China’s interests to have the Russian economy crippled. Putin may already have most of what he wants: a buffer around Crimea, plus the eastern provinces. He will want to leave a financially and militarily weak rump, with an enforced commitment to ‘neutrality’ (meaning not being part of NATO). What is missing at the moment, and what is likely to be the most difficult for both sides, is the trophy asset of Kyiv.

We try to look to the long-term effects of the invasion, rather than predicting how events will unfold in the coming weeks. For example, there will be a structural shift in defence spending. There must also be a concerted acceleration of what might be termed ‘energy independence’. Countries globally will wish to have less reliance on others (any others) for their power. Both sides of the carbon debate will shout the importance of renewables and fossil fuels, and it is hard not to see nuclear emerging as one of the major beneficiaries (despite last week’s alarming attack on Zaporizhzhia).

We also see China and Asia being relative winners. The response to the invasion of Ukraine should dampen lingering fears that China might attack Taiwan. The economic impact on Russia is genuinely meaningful, while China faces the twin military hurdles of the 110 mile wide Taiwan Strait, plus an opponent reported to be ‘armed to the teeth’. China and Asia are less dependent on Russian oil and Ukrainian wheat, nor do they have quite the same inflation issues as Europe and the United States.

The coming days and weeks are going to be uncomfortable. In particular, we are most concerned about how the situation around Kyiv will evolve. Central Banks are likely to tread very softly around their treatment of inflation, with their primary aim now to keep capital markets liquid and open. Putin will soon have the choice to stick or twist. If he chooses the latter, he will lose.

Finally, the usual well done to those who knew the opening line to The Buzzcocks’ Ever Fallen in Love. Today, a topical question from 1970: “What is it good for?”

FPC142
All charts and data sourced from FactSet