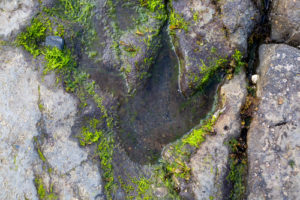 The bluebells and campion are coming out, the garlic is in full aromatic bloom. The first swallows have refound last year’s nests and the orchids are starting to peep through their grassy winter’s blankets. There is much to cast perspective on, or even distract from, an increasingly challenging world.

However one chooses to slice one’s lemon drizzle cake, the world has changed. To have experienced inflation like this, one would have needed to have started work in the 1970s. The latest item to grab the media’s attention is cooking oil, which is now under ration across many of the supermarkets. Food is becoming a luxury. One hardly dares turn on the cooker without putting the smart meter in a dark cupboard, and that is without adding up how much it all cost to buy in the first place. Now there is the additional burden of the oil, which the world assumes is no longer going to come from Ukrainian sunflowers.

Statisticians occasionally become animated by things called ‘deflators’. Egos and lilos are notoriously susceptible to a deflator, sometimes simultaneously. But in the world of statistics, a deflator is used to take account of inflation. For example, the output of an economy (GDP, or Gross Domestic Product) is calculated by adding the value of all the goods and services (and everything else that goes into economic output), and then reducing this to take account of inflation. That reduction is calculated by using a ‘deflator’.

Many of our readers will have seen last week’s unsurprising news that retail sales in the UK in March were not altogether healthy. Hidden away in the details of our collective belt-tightening was a little gem of information that the Office of National Statistics is now deflating retail sales at an annual rate of 8.4%. If we were in The Chase, we would now repeat that for emphasis: “8.4%”.

How does the market react to 8.4%? Is it a) coldly and rationally, using hard evidence of past observations, or b) randomly, as almost nobody has seen this before and it is no longer taught in business school. Inflation of this magnitude is like finding a Tyrannosaurus in the pub garden (and all credit to the pubs now advertising that they ‘have not raised prices in the last 12 minutes’).

It is easy to cast stones in a (near) weekly investment commentary and I will try to resist. I do though highlight the collapse of the previously unified approach to monetary policy amongst the world’s Central Banks. On the one hand, we have the Federal Reserve indicating that it admits to having been horrifically unaware of inflation and that it will now raise interest rates at a pace. On the other, we have the frankly bizarre observation by Christine Lagarde in an interview with CBS last Friday that “If I raise interest rates today, it is not going to bring the price of energy down.”

Let us leave it that monetary policies in the developed world are being set randomly by Central Banks unable to agree on either the causes of inflation or the means to mitigate it. Day to day market prices of bonds and equities are being set by traders and investors finding they have to scoff their Korev and cheesy chips whilst sat next to a slavering T-Rex.

Our statement of the obvious is that markets are going to stay volatile. Today is a very red day. There will be better ones. Trying to guess which is which from week to week, or month to month, will almost certainly result in more bad decisions than good ones. It is time to retain focus on how to invest in times of rising prices and we reiterate the merits of patiently holding companies with proven pricing power and high barriers to entry. There are going to be times when the markets tell us that this is mad; these will be undoubtedly uncomfortable, but it does not mean that the strategy is wrong.

In the short-term, we cannot help but be worried by the escalating rhetoric coming from the United States. Today’s comments from Lloyd Austin, US Defence Secretary, that the US wants to see a militarily weakened Russia suggest that what Washington is seeing is a Russian vulnerability that can be exploited by an escalation. I hope that the gut is wrong, but it feels as if we have moved one sentence closer to something nuclear. And that is also something not taught at business school.

Finally, Easter seems in the distant past now, but our last lyric was Deacon Blue’s Chocolate Girl. To brighten the mood, here is something much easier: “As around the sun the earth knows she’s revolving, and the rosebuds know to bloom in early May…”.

FPC261
All charts and data sourced from FactSet