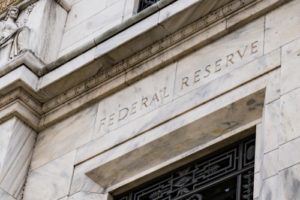 The markets and Central Banks are playing poker. Both are bluffing and the stakes are growing ever higher. The issue is what constitutes ‘transience’, where inflation is concerned. As you will know, the argument runs that the factors causing inflation are ‘transient’ and that the mathematics of calculating inflation mean that the rates of change of the Consumer Prices Indices must eventually self-correct back to the Banks’ targets. Or so the Banks say. But as Larry Adler (and Bronski Beat) so astutely put it: it ain’t necessarily so.

There is sufficient history of modern economics to know that inflation need not necessarily self-correct. Once it has taken hold, it can be as pervasive as knotweed. Analogies between 2021 and the hyperinflation events of the previous century are far-fetched, but there are lessons that this is a dangerous game. And it is a game that cannot go on forever. What happens if inflation rates are, for example, no lower this time next year? Will government bond yields still be 1%, or even lower, anchored down by the rhetoric that inflation is transient?  Alternatively, how high can this transient spike go? What if US prices are rising by 6% early next year? Or 7%?

Last week both the Federal Reserve and the Bank of England said that they saw greater dangers in acting than in sitting on their hands. This is slightly unfair on the former, which has confirmed that it is to rein back its monthly purchases of bonds, but this is only the slowing of rate at which it continues to throw money at the American economy. This economy, though, is booming. Last week’s data releases for October showed an extraordinary rate of growth of both the manufacturing and services sectors. The latter, as measured by the Institute of Supply Management’s ISM Survey, showed the fastest growth since records began in 1997. Moreover, the measures of inflation within these surveys are at rates that genuinely alarm us.

I should give credit to the Bank of England, which is genuinely first class in its communication with local businesses. The Bank provides quarterly meetings in which its Local Agents talk through its thinking and monetary policy. These are open, honest and of great value. Which is a good thing, as the Governor made a right dog’s dinner of trying to do this himself after last week’s meeting of the Monetary Policy Committee. With both the Bank and the Chancellor having been at pains to stress the growing inflation risk in the United Kingdom, it was painful seeing Mr Bailey’s attempt to justify the Committee’s decision not to raise interest rates by even the token 0.15% that markets had predicted. The debrief meeting for the South West is happening tomorrow morning. It should be educational.

It is to no one’s credit that meetings of Central Banks have taken precedence over COP26. The second week of the Glasgow jamboree may see some bunnies pulled out of top hats, but the first week was utterly underwhelming. After the truly inspirational opening speeches, the COP has been characterized by an overload of good intention with precious little substance. This is supposed to be the COP that delivers definite plans of action to support 2015’s world-saving pledges. Thus far, it has not come to scratch.

Three words have become the key to COP: “if fully implemented”. The International Energy Agency, an institution with more than a degree of credibility, has said that, in its view, the targets announced last week would bring global warming to below 2 degrees “if fully implemented”. Indeed. The trouble is that almost no one who matters has been prepared to show the leadership of commitment to their fine words of intention.

It is a truism that it is easy to write about economic mishaps, political calamities and illogical markets whilst share prices are rising. Equities, especially in the US, had another rip-roaring week last week. The Fed’s soothing words about inflation succeeded in, er, soothing investors. The third quarter earnings season has been notably optimistic, whilst there is now the prospect of pills to treat covid, in addition to the vaccines to avoid it. Benign inflation, booming profits, waning covid and a COP that refuses to commit to any painful policies. It is a heady recipe and markets are loving it.

Finally, congratulations to those who knew the list of guest appearances in The Blues Brothers. Today, something different: Sweden has 267,570, more than any other country. What are they?

HA804/319
All charts and data sourced from FactSet