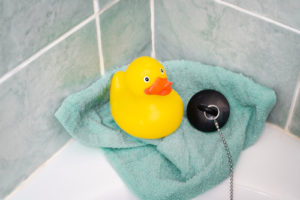 Take a deep breath. And relax. Breathe in. And out. There is a time in the future when we will be able to look back and say, in the words of Max Boyce, I was there. That time is next week.

We are at what is sometimes called the business end. By next Monday we should be closer to knowing what is actually going to happen. To the tune of Que Será: Will there be Corbyn? Brexit or election? We’ll have to wait and see. Que será será.

Tempting as it is to take one’s glasses off, roll up one’s sleeves and wade into the fight, it would be completely pointless. Nobody is going to change their mind now. Boris can be viewed equally as the saviour and the destroyer of British democracy.

Attitudes are only hardening. And that is probably the long-term crux of the problem. Brexit, whatever the outcome, is creating chasms of animosity, ones likely to be unpleasantly enduring. Step forward Hugh Grant, for example. What are the chances of consensual reconciliation?

Probably stupidly, we actually still think the chances are quite high. Boris might be the most monumental wind-up artist, but he is also bright. And adorned with a lust for power. He will be aware of the risks to his need for power posed by delivering No Deal. These are matched by the risks of being the door-opener for a Corbyn-McDonnell Labour government.

It is important to make this week fun. It is going to happen. Battles will be fought and tears shed. There will be swings, roundabouts, roller-coasters, dodgems, duck-shoots. Voices will be raised. Threats and accusations will be made. Moral high grounds will be taken, others will be dragged through the gutter. Events will be historic, unprecedented, illegal, anti-democratic even. The Queen will be cited, if not sighted. It will be the most fantastic flounce-along.

But, as we said at the top of this column, there is this thing on the other side called ‘next week’. Next Monday we shall be seven days closer to resolution. Now, most resolutions are an awful lot better than where we are now. And putting our investment manager’s uniform on again, that is a good thing.

We will be closer to a base point. The clarification that business and markets need in order to plan. And from there, we go on.

More attentive readers will by now have spotted that we are half way through this week’s column and I have succeeded in saying almost nothing. There has been a hint of substance in the roundabout way of saying that we shall all be in a better place next week. Our Asset Allocation Committee met last week. Our discussion was mostly on the doom and gloom of the trade wars, the inverted yield curves, the weakening economic data, the slide towards recession.

Our conclusion was that it has all been a little overdone. We are in another summer soft patch, undoubtedly exacerbated by the knock-on effects of the rising global tariffs. Just as with Brexit, these may well get worse before they get better; but there will be relief on the way. 2020 is re-elect Trump year. Does he want to go into this with a record of no trade deal and much higher prices being paid by voters? Or with a deal and bragging rights? And Banks are already re-easing financial conditions. The Fed has cut and the ECB will almost certainly do something at the end of this month.

We know that we are swimming against the tide somewhat, but we are looking through the current consensual melancholy to a better time ahead. For a while, we shall undoubtedly be wrong. That is coded into the fabric of the universe. But it is too easy to be downbeat and caught up in the short-term. The narrative has plenty of scope to take a swing for the better.

The first week of the month is always the busiest five days for data releases. Between now and Friday we shall see the latest global activity data, culminating as usual in the US non-farm payrolls and wages. The challenge of the numbers will be to find the evidence to support the supposition that the US is leading the world into recession. It is hard to spot. The next meeting of the Federal Open Markets Committee is on the 17th and 18th. Trump will ramp up the trade noise ahead of this to build the pressure for another cut. It is going to get very bumpy, but these are the bumps of opportunity and possibility.

Last time around, not a lot of people knew, or were bothered, that ‘ushers’ contains five pronouns. Back on track today, what stalwart of the greasy spoon is named after something about to shut for five weeks?

Euros per pound, past 2 years. Off the canvas. 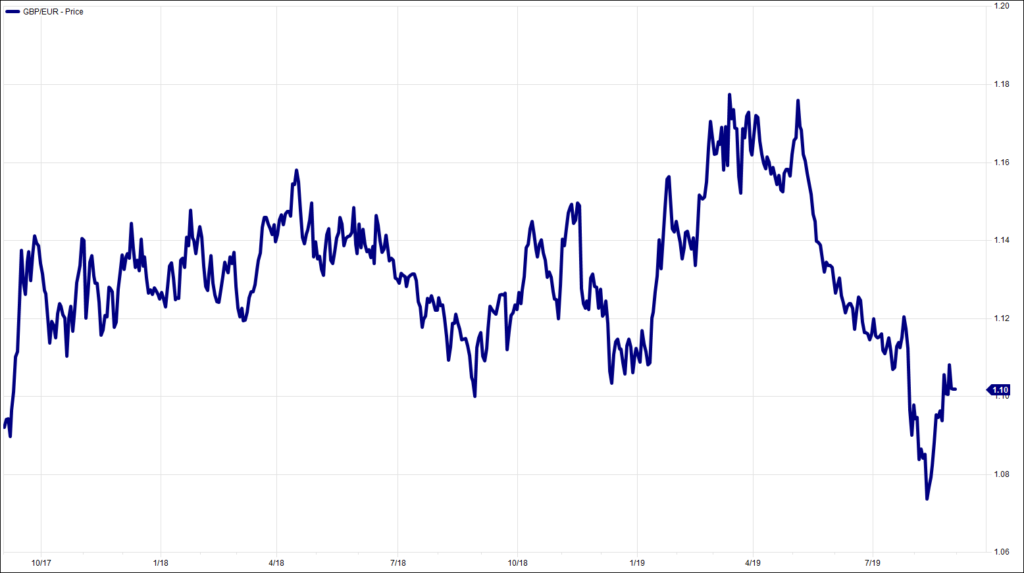 HA804/225
All charts and data sourced from FactSet