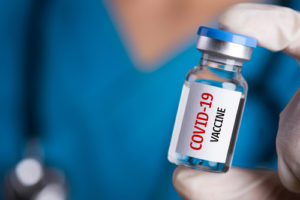 A very Happy New Year to everyone. The weather outside may be frightful, but Innovation will always be delightful. Or at least that is our aim as we head off into the challenges of 2021.

We have to start the year with some updated thoughts on the vaccines. It is these that will mostly determine where we all get to over the coming months, be it shut away in new lockdowns or free as birds to jet off to the tropics once again. Actually, it will probably be a bit of both. Let us catch up with where we are. The vaccine situation is a bit of a mess at the moment, to be honest. But let us not get bogged down in the details of single versus double doses, or worry about why the UK can approve the Oxford vaccine in the blink of an eye while the United States says April at the earliest. We will all (or most of us) be offered a jab (or two), probably in the first half of the year that will significantly diminish our chances of becoming very ill if we catch the virus. The vaccines do not stop anyone becoming infected, but they are good at stopping that infection leading to hospitalization. We do not yet know if they affect transmission, nor if their efficacy is different against different mutations.

This is an attempt to be factual, rather than miserable. The vaccines, whatever the real or potential short-comings, put us all in a much better place. That has to be good news, and is what appears to be driving the persistent strength in equity markets. Whether or not we can all get onto a wide-bodied Airbus this summer is still, er, up in the air. But we should be very confident about the next skiing season and 2022’s fortnight of factor thirty and cold lagers.

Before anyone points it out, I am very aware that some people think I am miserable. It has an element of truth about it, that is undeniable. It possibly comes from working too long with a colleague (some of you with greyer hair may draw unfair conclusions about identity, I name no names), who predicted every year from 2000 onwards that the FTSE 100 Index would reach 7,000. Were they still working, doubtless that would be their year-end number for 2021 as well.

Now that we have established that I am a downtown, downbeat guy, let me say what my greatest concern for this year is. 2020 was an economic disaster, no matter how one slices one’s Victoria Sponge. Markets, and economies, were bailed out primarily by the astonishingly successful actions of Central Banks in printing gargantuan amounts of money. Money, we have learned, can temporarily over-ride everything else. Suppose now that we are all right in our assumptions that the vaccines diminish the impact of COVID and economic activity moves back onto a more sustainable footing. What then do the Central Banks do next? Do they keep printing money at the same rates, and duly risk inflation, or do they slow down the rate of stimulus? Perversely, it feels as if the risk to investment markets is less that the pandemic worsens (which is inevitable for a while), but is more in how Authorities react as and when the vaccines have done their job.

Brexit has happened since we all last met. You may have noticed. Markets have long moved on from this and I do not believe the argument that the trade deal has strengthened the pound. Yes, sterling has risen sharply against the US dollar, but it has barely budged versus the euro. What we are actually seeing is not pound strength, but dollar weakness. This we can put down to a number of factors: the leadership vacuum, the lack of a coherent virus strategy, the commitment of the Fed to keep buying $120bn worth of bonds every month, and the ambitions of incoming President Joe Biden.

Which brings us onto this week’s main event for the markets. Tomorrow sees the conclusion of the runoff Senate elections in Georgia. The seats are currently both Republican. If the Democrats win both, they gain control of a Senate that would be split 50-50 by virtue of the Vice President’s casting vote. If they fail to win both, the Republicans keep a majority and we shall have a split Congress. Either way, Biden is likely to have to work hard to get some of his more ambitious plans approved. And this is how the checks and balances of the US Constitution are supposed to work. It is always a brave man who commits to a currency forecast, but the weakness of the dollar is most likely to be temporary.

I promised a fiendish question to start off the New Year. Randy’s Woman, Billy’s Girl and Mark’s Funk: what’s the link?

HA804/284
All charts and data sourced from FactSet